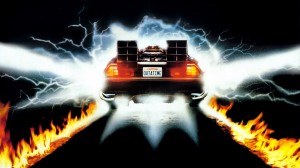 Have you ever wanted to own a specific car from a film or television series?  I have compiled a list of my favorite vehicles from films and television series that I want to own someday.  Now, I am excluding spaceships, because that is a whole different list.  This particular list of vehicles all stay on the ground.  It was fun coming up with this list, and I imagine some of you out there actually own these cars or are working on restoring one.  Or just maybe it will give you an idea to make one of these in real life.  Enjoy. 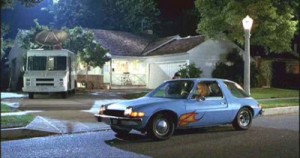 I would be singing Queen’s Bohemian Rhapsody as loud as I could and would put a licorice candy dispenser in it.  You know you would as well.

If I ever owned a Ferrari, it would be the one above from ‘Ferris Bueller’s Day Off’. I definitely would not kick this off a building, however I would blast the ‘Star Wars’ theme while flooring it in Downtown.

What a scary car. I definitely want this one to spook people. Stephen King’s masterpiece about a car that kills people. AWESOME. 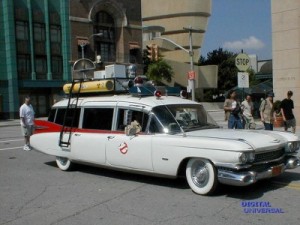 This one might be one of my favorite vehicles. How awesome would this be to drive around town. Holy shit. I just get all giggly thinking about it. I would turn on those sirens and put proton packs in there. And blast Ray Parker Jr. till the sun came up or at least till I caught a ghost.

One badass muscle car.  And such a cool film.  If you haven’t seen it, get it.  You’ll love this.  You might have seen this car in the Tarantino grindhouse film ‘Death Proof’. 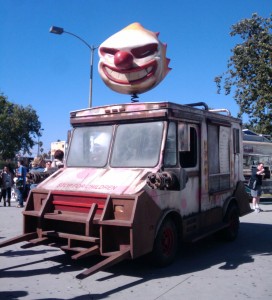 Who doesn’t want Sweet Tooth’s Ice Cream Truck. You would be king of the road with this one. I would yell at everybody and get places extra fast.

Mr. Plow (The Simpsons) Large truck with giant shovel attached to the front

Because it would be awesome to have a car with a shovel on it. And Mr. Plow is a great name. Think about it. 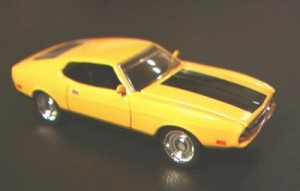 From the original ‘Gone in 60 Seconds’. Not the Nick ‘Pussy’ Cage one. This is one vehicle that car collector’s always want.  It is the ultimate badass car.  Amazing.

I would want this only if it talked to me in Bruce Campbell’s voice.  Somebody make this happen, please. 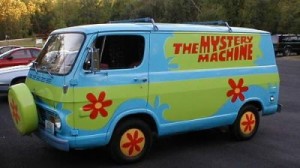 Every time I would go out to a fancy restaurant or the opera, I would pull up in this.  You could fit about 800 people in here.  Let’s go solve some mysteries.

This might be my favorite car on this list. I would deck it out with the flux capacitor and time circuit controls. Blast Huey Lewis and put on a life preserver vest and i would be ready to ROCK. 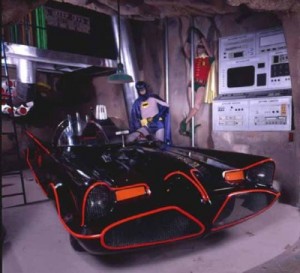 A classic. Every time I would drive this I would put on the gray suit and blue cape and get to fighting crime. 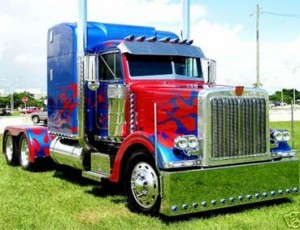 I hate this movie by Michael Bay, but the car is awesome.  The colors are great and if it actually turned into a robot with a pension for kicking ass, even better. 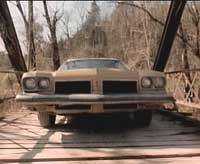 The “Classic”. Sam Raimi puts this car in every movie with maybe the exception of the Quick and the Dead. I love Army of Darkness and Evil Dead. Bruce Campbell drives it. Therefor I shall drive it. 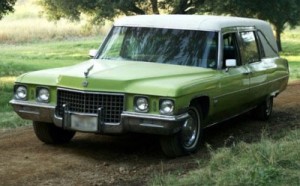 From one of the best shows on television ever comes Claire’s Green Hearse in Six Feet Under. It would be fun to drive this around and get weird looks or put a body.

I just think it would be a comfortable car. Its a fracking dog.  The alarm alone, cost me $200. 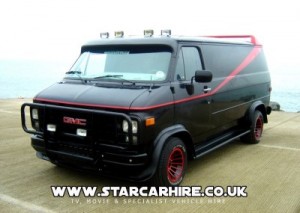 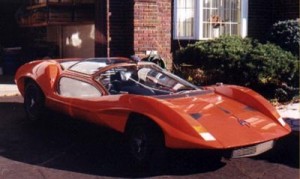 Only 3 were ever made.  A beautiful futuristic car from A Clockwork Orange. I would never play chicken in this but hopefully bast some Ludwig Van.  Very cool.  Long live Kubrick.

Now I know this isn’t a car but seriously…..Pee-Wee’s bike is amazing. Remember what all the things it could do. It literally could fly over fences and had a spring loaded chair. Badass. 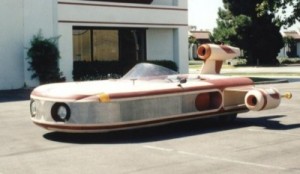 This is not a spaceship, because it doesn’t go higher than a foot or so off the ground.  More of a hover board.  I need some new power converters before i could drive it though. 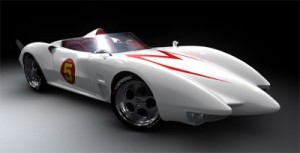 The car that can do pretty much anything.  Very cool. 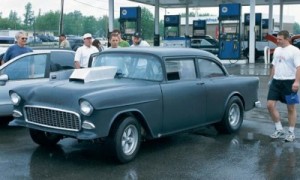 The Two Lane Blacktop car is so cool.  One of my favorites on this list.  They need to remake this movie. 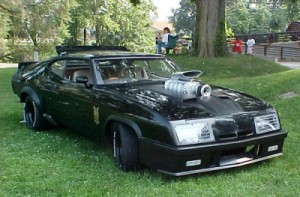 Say what you will about the guy. He’s got great story structure.  This is an amazing post-apocalyptic car to have.  You could have so much fun in this. 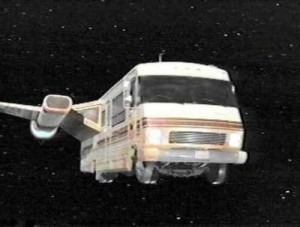 Yes, even though this is a spaceship, this still gets put on this list, because, it is an actual car that just happens to fly.  Blast Bon Jovi and cruise the galaxy in this one of kind winnebago.   Amazing. 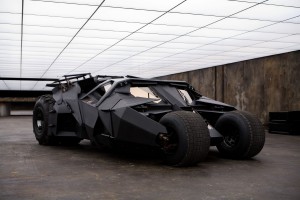 There is not one thing this vehicle can’t do.  From flying to shooting through walls, to destroying itself to morphing into a motorcycle.  This can do it all.  It’s like the air force 1 of make believe vehicles.  I want one so badly. 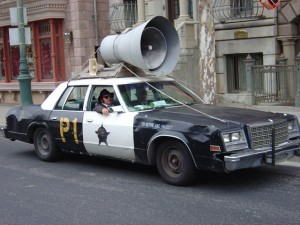 One of the best car chases in cinema history, if not the best ever.  This car will definitely get you from point A to point B.  No question asked.  Put on the blues, get a fried chicken and coke with dry white toast, some cigarettes, and some sunglasses.