Edgar Wright’s Next Project Is…… 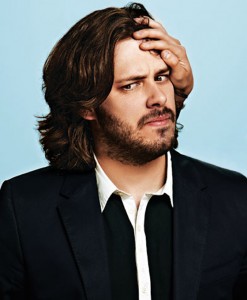 Edgar Wright (director of ‘Shaun of the Dead’, ‘Hot Fuzz’, ‘Scott Pilgrim’) has landed his next gig in a project called ‘Collider’.  ‘Collider’ is being billed as a big sci-fi film in which Wright will pen the script with ‘I Am Legend’s Mark Protosevich.  Add to that a big name with JJ Abrams.  Abrams will be producing the film with Wright and Nira Park through the Bad Robot banner.

This project is a little ways off as JJ is hard at work on the ‘Star Trek’ sequel and Wright is finishing up ‘Ant-Man’ for Marvel and will start ‘The World’s End’ with Simon Pegg and Nick Frost.  Then ‘Collider’ will start.  But, it’s never to late to start getting the hype moving on this.  Edgar Wright and JJ Abrams can do no wrong.