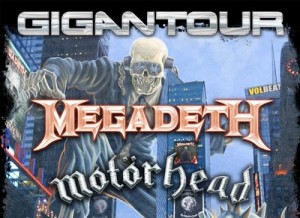 When I first saw the line up of this concert I knew this was something I had to go to. It was one of those once in a life time concerts you had to go to if you even remotely considered yourself a metal fan. Granted, out of the four bands, I only knew 3 of them, Motorhead, Megadeath, and Lacuna Coil. I had no idea who or what a Volbeat was. For a month I thought the fourth band on the list’s name started with an “I”. It was two days before the show, that I even went to see who the fourth band on this truly epic line up was. But two legends of rock and a band that I adored, those I knew. Without Motorhead, there would be know Megadeath. As it was so eloquently put after the concert by a fellow fan, “without Motorhead, there would be no Metalica, without Metalica there would be no Dave Mustane and there for no Megadeath.”And Megadeath influenced their own slew of musicians. Needless to say I was tickled pink to be able to say “I will be there.” And be there I was!

The day of the concert I was filled with an electric excitement. That night, I was going to see two rock gods and as an added bonus Lacuna Coil. Oh and that other band I’ve never heard of … I’m sure their great, they’d have to be right?

The Palladium Ballroom itself, was wonderful. The staff were very helpful and respectful. The facility was very clean and stayed that way throughout the night. I was most impressed. During a concert of this caliber, where one knows people are going to get rowdy and hot, they were prepared for everything. If a concert goer got over heated there was an area they could go to and cool off. The bar staff were fast had great attitudes. They did their part to enhance the experience. The way no matter where I was in the concert area, the sound was perfect. 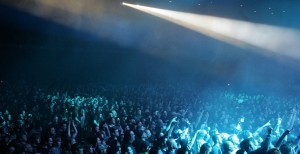 As the universe would have it, I worked late and did not get to the Palladium Ballroom till after the show started. I was disappointed when I went to will call to pick up my tickets to find out that Motorhead had to cancel due to illness. Though while I was disappointed, there were some people who were downright furious.  The disappointments did not stop there, I was so late I’d missed Lacuna Coil’s set. Two of the bands I’d  really wanted to see and I wouldn’t be able to see them. The word around the venue was I didn’t miss much. The set had been short and left people wanting more.

Volbeat was already in the middle of their set when I arrived. Their sound caught my attention immediately. As I walked around the venue to find the best place to enjoy this new found wonder, I found my ears blessed with great drumming, unique vocals, and a guitar and a bass melded seamlessly. This band I’d never heard of caught my attention faster than a blinking light. The music and the vocals snuck in and I felt the music.  And then they played a song and I realized that this band I’d never heard of, I did know. The song “A Warrior’s Call,” was being played on the local rock station and holy crap I liked that song! By the end of their set you’d have thought by looking at me just having a ball, rocking out, that I had been a fan for a while. They were entertaining, and commanded the crowd. The house was rocking hard, especially during , “Pool Of Booze, Booze, Booza/BOA.” Which is just fun to listen to. Want to know why, go buy their CD and enjoy. I highly recommend this band. Their music as wonderful and their stage work is entertaining.  After they left the stage, I left my place on the floor near the stage to make the pilgrimage to the merch booth and purchase their CD. I then did my impression of a salmon swimming up river, traversing the dangers of the crowd to return to my spot near the stage to witness  the wonder that is Megadeath! 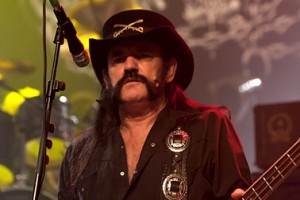 Like I mentioned I was pretty close to the stage as the show began.  It was everything I’d hoped it would be.  Did I stay near the stage? Ah hell no! Have you ever been to a metal concert? Near the stage is where people get hurt! Did I think about this before I’d chosen my spot? Nope. Did I realize the error of my lack of forethought and escape the madness before it got bad? You bet your sweet hind end I did. I decided the safest place to watch this show would be near the back. Dave Mustane was on the ball tonight. His vocals were top notch, and he was entertaining. You would never know he is as old as he is. Symphony of Destruction tore the roof off.  Their music also sank it’s teeth into you. It rocked you whether you felt like it or not. The energy of the show amplified the electricity I was already feeling and was my lightning rod. The energy  passed from the the members of Megadeath to the crowd and back again. Dave knows how to work his crowd and give a wonderful show.

My final thoughts on the concert are positive. It was amazing to me to see the many different people at the show. People of all ages and races and walks of life were at the show. One often thinks of a show like this to attract a stereo typical crowd of metal heads. I had just as much fun watching a 12 year old head bang Megadeath as I did watching the exquisite lighting for both shows. I also had the pleasure of being introduced to a new band to enjoy and listen too. My voice is hoarse, and that is proof that I enjoyed myself. The entire experience was a blast.