See the First Image of ‘Green Arrow’ In The CW’s New Series!!! 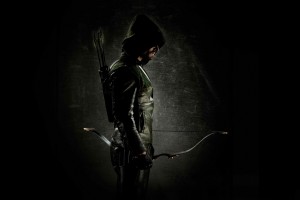 The CW is revving up its new series ‘Arrow’ with Stephen Amell set to star.  I’m of course referring to comic book character ‘The Green Arrow’.  The costume looks great.  It was designed by Colleen Atwood who is an oscar winning costume designer and done just about every Tim Burton film.  The project, written by Greg Berlanti, Marc Guggenheim and Andrew Kreisberg, is based on the DC character and centers on former billionaire playboy Oliver Queen (Amell) who, after being marooned for five years on a remote island, returns with a mysterious agenda and a lethal set of new skills that he uses in a war on crime.

David Nutter will direct the pilot episode for ‘Arrow’ and if you remember he also made the pilot for ‘Smallville’ all those years ago.  I was hoping for a ‘Green Arrow’ movie, but hopefully this series will do well until we can get that Justice League film underway.  Hopefully CW gets this right, and we will have more DC series on the way.