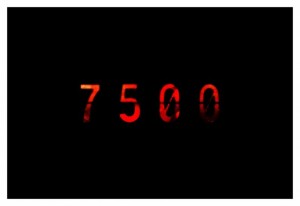 So here is a trailer for ‘7500’ which is a horror film which should have been called ‘Snakes on a Pla….’ –  wait wait wait, I mean ‘Ghosts on a Plane’.  And it still should have starred Samuel L. Jackson.  But sadly it does not.  Instead it stars Amy Smart, Ryan Kwanten (True Blood), Jerry Ferrara (Entourage), and Leslie Bibb.  The trailer doesn’t show any of the ghosts, which is a good thing.  The trailer has its moments of creepiness though.  Hope this one is fun.

‘7500’ or ‘Flight 7500’ is directed by Takashi Shimizu who directed both the original and remake of ‘The Grudge’ films.  So from that, I can expect a lot of jump out scare moments right after a tense quiet scene.  “7500 concerns a group of passengers who encounter what appears to be a supernatural force while on a transpacific flight.”  Your thoughts?