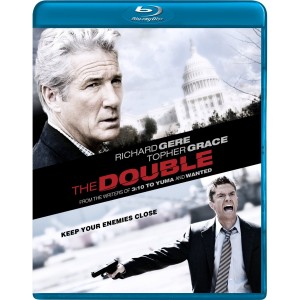 I vaguely remember this movie being released.  I seem to recall seeing a trailer for it somewhere, but was never sure.  Come to find out, this was a little indie film that was released in less than 50 theaters and did not do well.  ‘The Double’, starring Richard Gere and Topher Grace has some good ideas, but ultimately does not stick the landing.  However for what the film itself lacks, it makes up in its audio and video presentation, which is pretty outstanding.  I had hoped for better things from this movie, but it just never crashes that barrier into being any good.

Like I said above, the film wants to be clever and be an awesome film.  And the material is there, but it just all falls flat.  We follow Paul Shepherdson (Richard Gere) who is a retired FBI agent who is called back into duty to track down a Russian hitman assassin named Cassius.  Supposedly this Cassius has killed a senator, but nobody knows for sure its him, but by the way he was killed.  Paul is given a rookie agent named Ben Geary (Topher Grace) to help him track down Cassius and who is supposedly an expert on this assassin.  So where to start looking?  The two travel to a prison to talk to a guy who worked with Cassius, who really does not help them a whole lot.  Then about a 4th of the way through the film, a big climatic twist is revealed.  You read that right.  A 4th of the way through the film.  So this entire rest of the film, I find myself talking to myself out loud saying, “Why would they reveal this now?  Ohhhh, some other twist is going to happen.”  Then the time came for that “DOUBLE” twist.  (I couldn’t help it.)  I won’t spoil it, but it’s the same twi….just think of Topher Grace’s character in ‘Predators’.  That’s all I need to say.  Most of the film lacks clever dialogue and any real substance.  Does any of the film make sense?  Not a whole lot.  It seems like they had these two big twist climactic ideas, and decided to pour filler for an hour and half.  I like Topher Grace and Richard Gere as actors.  This is not their finest work.  But now, at least I can say “I saw ‘The Double’ and all I got was this lousy t-shirt”. 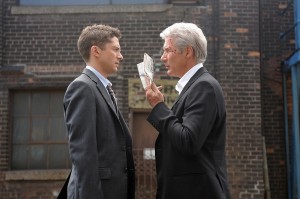 The video comes with a glorious 1080p  transfer in a 2.40:1 aspect ratio.  This is a very pristine picture.  The depth is great in the city and the colors are very vibrant and bright.  The flesh tones are natural and the detail is impeccable.  You can actually see how much Richard Gere is aging from his maturing skin.  Some of the film has some grain to it, but that’s just how part of the film was made to show you present and past. I saw no evidence of aliasing or specks. Truly an outstanding video presentation.  The audio has a great DTS-HD 5.1 mix and just sounds great.  The dialogue is crisp and clear with no cracks or hissing.  The car chase, the guns shooting, and the other action sequences a blast.  They sound real and are loud and give your speakers a good workout.  Just like the video, the audio was pretty amazing. 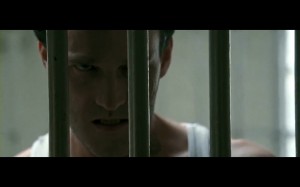 THE ULTIMATE WORD
I really wish this movie was better.  It has something going for it, but it just fell short of what it tried to accomplish.  Maybe it was the budget and timing.  But this is what we got.  This is damn good video and audio though.  They did a really good job on the presentation of the technical aspects, but again fell short with extras.  If this movie goes down in price to under $9.99 and you are a fan of espionage films or the actors, then pick it up.  If not, wait for cable or netflix.
-Bryan Kluger