The Game Show Network Picks Up New Trivia Show About The Bible!!! 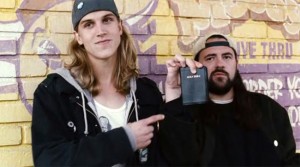 First off, this sounds boring.  I can’t imagine this making it past the pilot episode, but people are insane.  The Game Show Network as ordered a pilot episode of ‘The American Bible Challenge’, an original one-hour game show which tests contestants on their biblical knowledge. It is executive produced by ‘Who Wants To Be A Millionaire’ executive producer Michael Davies.

And I guess the contestants themselves won’t be competing for cash.  “The competition will be rooted in personal stories of faith and community, and the teams will compete to win money to help support their faith communities,” the network said.

What’s the point?  Boring.  Pointless.  Stupid.  Much like all the reality entertainment out today.  I wonder what the criteria is to be on this show will be?

One thought on “The Game Show Network Picks Up New Trivia Show About The Bible!!!”