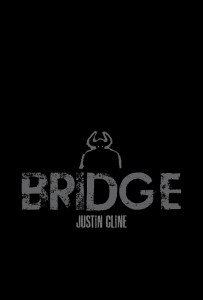 Bridge was faced with a decision, a choice between two evils, neither of which was in his favor.  Should he stretch his light out to reveal what had become of his would-be client or draw the candle closer to inspect the ruins of his own gut?  In the end, the woman won out if only because he was still in a state of shock, and he knew he needed to take advantage of that fact before it wore off and the pain of what had happened to him set in.

He moved his lighter incrementally to the right, waiting for the blonde to make an appearance, upright or otherwise.  It was one of her shoes that he saw first, lying on its side, empty and alone.  There wasn’t time for him to get his hopes up for her survival before he saw the shape of her on the floor beyond.  His eyes tracked along her bare foot and up the length of her motionless leg, the traveling flame revealing new bits of her while at the same time obscuring the old.

The back of her white coat remained spotless save for the hole that hovered over her heart.  Part of him took cold comfort in the thought that if this were the point of entry she most likely hadn’t suffered.  Of course, that was the equivalent of telling a homeowner that the tornado that took his house had provided him with a better view of the sunset.  It was still a total loss.

Her hair was splayed forward, hiding her face, while the uneven slope of the floor carried her blood across the hardwood in his direction.  Before long, it would mingle with his own.  He wished he were capable of feeling more for her, but the volume on his pain was cranking up and there was little room for anything else.

Drawing his lighter toward himself and away from what remained of Laura, Bridge peered down at his stomach, confirming that he had in fact been shot.  In the midst of all the blood, he was seeing parts of himself best not viewed outside the body, and yet all he could think about was the single bullet that had done them all in—him, the blonde, and the candle—, and how the shot had been taken through frosted glass, no less.  As badly as it hurt, it was difficult not to be impressed.

Bridge let his arm come to rest on his thigh, careful not to set himself on fire.  The way he felt, he wouldn’t stand a chance of putting out the flames before they consumed him.  All his energy had gone, and his extremities were growing cold and distant.  The sound of the ocean had withdrawn like the tide, and there was nothing left in its place, not even the sound of Spade feeding.  As if summoned by the thought, the cat moved into the light, its whiskers still tinged red.  For a moment, Bridge worried that Spade’s approach held sinister intentions, his mind conjuring an image of the cat unraveling his insides while Bridge was incapable of defending himself.

Instead, Spade placed his white front paws onto Bridge’s chest and stared into the man’s eyes as if waiting for a command to be given.  Meanwhile, the man found himself wondering what would happen if the word were never spoken.  Would he die there in the tiny office?  Would anyone ever find him?  Who would even think to come looking for him?

When the word came, it was little more than a whisper, but it was enough.

Spade closed his eyes, seemingly relieved by the sound.  The cat then climbed down and took two steps back, stopping just at the outside limit of the candle’s light.  Whatever was about to happen, it seemed that proximity was a danger.  The screaming only served to clarify that fact as Bridge howled out obscenities into the darkness and slammed a fist against the wall, disrupting the plaster.

From his vantage point, Spade could see all the way through Bridge to the wall that propped him up.  As the cat watched, the ragged edges of Bridge’s wound began to vibrate until the mottled gray color of the room disappeared, replaced by a dark red.  Inside the bullet hole, blood swirled, the action not unlike that of a toilet backing up, and Spade’s curiosity got the better of him.  He took a tentative step forward just as something resembling a baby’s arm shot out toward his face.

He recoiled, but the arm never made contact.  Bridge grabbed it mid-air and held it tightly within his right hand as it struggled against him.  Five makeshift fingers reached out for the cat, opening and closing like gnashing teeth, before Bridge shoved the growth back inside himself and tamped it down, holding it in place.  When he pulled his hand away, the outline of the bullet’s entry was still visible but the damage was otherwise repaired.

Backhanding beads of sweat from his forehead, Bridge shakily made it to his feet, his lighter trained on his stomach as if the patch job might not hold.  Taking two steps forward, he lowered himself to one knee and fished his free hand through the blonde’s hair to find her throat.  As expected, there was no pulse.  Still,… he’d hoped.  Luckily, unlike Pandora’s box, hope wasn’t the last thing Bridge had inside of him.

Though he would have liked nothing more at the moment than to collapse where he knelt—or better yet break the seal on one or more bottles of weakness—, Bridge went the other way, rising and staggering to the doorway of his office, his shoes crunching on glass as he walked into the hallway.

There was a foul odor in the air, like cheap cologne covering rot.  It nearly made him gag, and yet it also made him happy because the scent was still fresh.  Like a giant neon sign leading him home.  All he had to do was follow it.

His sea legs returning underneath him, Bridge put them to immediate use, running toward the exit, his flame threatened but unflagging.  It wasn’t too late.  The building’s power was still off, which meant the elevator was still out of use.  The assassin would have to use the stairs, all fourteen flights of them, but not Bridge.  Even as he was plowing through the door—its number already returned to 14—, he only had one thought in mind.

With his free hand, he anchored his body to the banister on the landing while his legs flew over it and into empty space.  It wasn’t until he was falling, his flame finally throwing in the towel, that his cavalier attitude began to feel like a mistake.  Everything around him was black and unknown.  As his newly re-grown stomach climbed up into his throat, Bridge lifted his head up into the darkness and yelled out a single word.

A split second later, his fall was cut short by the floor.  Though his legs should have been crushed to dust underneath him, his body instead jackknifed deep into the cement.  When he realized that—despite his thoughtlessness—he would live and didn’t have to do so in darkness, he struck his lighter.  The tiny flame returned to point out that, though he was buried in rubble up to his thighs, he was none the worse for wear.  The smell here was even more pungent.  His eyes watered.  Extricating himself from the hole in which he stood, Bridge moved into the lobby, pocketing his lighter in favor of The Bethany’s stockpile of candles.

Little had changed since Bridge had last been here.  His chair remained empty, the midget now sported a permanent ink sketch of a penis on his face— settling the debate as to whether or not he was really sleeping—, and the one-armed smoker had become the new opponent at the checkerboard.  The old man who’d given Laura directions was still playing.  He was The Bethany’s front desk clerk, and even though the badge on his chest read WILLIAM, everyone called him Two-Dollar Bill because of his poor circulation.  He was known to turn blue at the drop of a hat, especially when he happened to be losing at checkers.  Which was more often than not.

However, at that particular moment, Bill must have been on a winning streak for his color was good and his aim was true.  He held his arm out straight, directing Bridge toward the front doors that were just then swinging shut.  In light of the almost visible stench, the guidance hardly seemed necessary, but Bridge tipped an imaginary hat all the same.

Bloodstained but undefeated, Bridge pushed his way through the doors and ran out into the pouring rain in search of a killer.