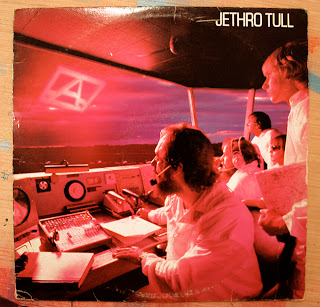 Being a Jethro Tull fan for a number of years now I can honestly say the album “A” is sort of the ‘odd duck’ in the band’s early catalog. “A”, which was originally intended as band leader Ian Anderson’s first solo record, became the band’s 13th studio album in 1980, and has been met with much controversy and criticism with casual and die hard Jethro Tull fans for years.

Since the late 1960s Jethro Tull had been synonymous with blues, folk and progressive ‘art’ rock, which made the albums “Aqualung”, “Thick As A Brick” and “A Passion Play” some of the band’s most critically acclaimed records in music history. At first listen, “A” seems like a completely left field record from the rest, since the synthesizer is quite the predominant instrument throughout, ushering in what would be the signature sound of 1980s pop and rock music. However, there are subtle similarities to Tull’s earlier catalog with Anderson’s distinctive flute and vocal sound and guitarist Martin Barre’s strategic handling of the electric guitar, despite having had undergone a drastic lineup change just prior to the recording of this album. 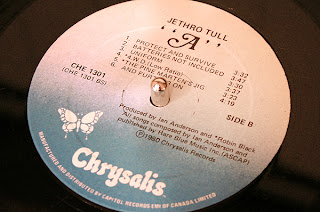 Like with most Jethro Tull albums there is always a central theme throughout the album’s collection of songs, so it would seem fitting that “A” would be centralized around work and the perils that lie within the doldrums of a mundane work existence.  The track “Working John, Working Joe” deals with the idea of working like a slave as much as the next fellow, only having to pay a higher price for success with ‘ulcers and heart disease’, while ‘Black Sunday’ gives the sense of a world gone mad when the workforce completely disappears and all is in disarray. “Uniform” conjures up a visual of the distinct clothes we all wear in our everyday servitude to our work life, ‘like clones’ parading down the streets, ‘so smartly dressed.’

Of course, a maybe not-so-obvious secondary theme that courses through the veins of the record is the Cold War that was still raging at this time. The track “Flyingdale Flyer” is about a moment when the USA had a glitch with their missile defense systems and thought the Russians had fired upon them. According to Anderson, ‘the song is from the point of view of the Flyingdale Early Warning Station in Yorkshire. They figure the the missile is halfway to America by now, so there is some time left to discover if the threat is real or not.’ (I suppose we all know how that story would have ended if the threat was actually real.) 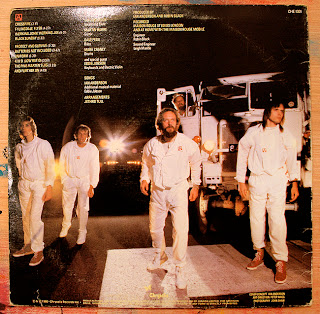 Visually, the album’s front and back covers suggests more about the latter theme of the record, the entire band dressed in what appears to be white radiation-like suits sitting at a (probably then) state-of-the-art defense command control panel, or so it seems. Great Scott…I do wonder, however, if the album’s cover art inspired Steven Spielberg when working on “Back To The Future?”

All joking aside, “A” is actually a culturally and socially significant commentary on politics and career life, even if you find the electronic sound scape to not be quite to your liking. Though Anderson broadens his musical vision and experimentation with “A” he never wavers on his sharp, biting and smart lyrical writing.

I’ve always found Ian Anderson to be a bit of a musical and lyrical visionary, and perhaps most of the harsh critics of “A” weren’t really ready to hear this album for all its intents and purposes. I believe music finds the listener when the time is right. No one can ever be force to take in music they aren’t ready for. Though, I feel electronic music is a bit dated, and maybe “A” is still well ahead of its and our time. On the other hand, the themes of work life and war are all still relevant, more so today than ever, which leaves this album in a strange musical limbo that will always be debated for several more years to come.

I guess all there is left to say is “Get back to work.”

One thought on “Classic Waxxx: Jethro Tull “A””