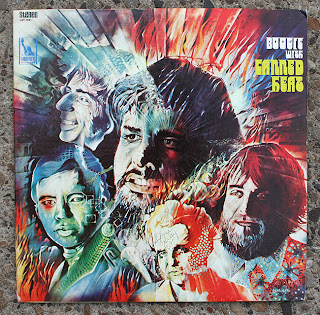 This week marks the 42nd Anniversary of Woodstock, ‘an aquarian exposition’ music & art festival that took place on a small dairy farm near Bethel, NY. Over a half million people bore witness to hear and experience 32 acts over the course of four days (August 15-18, 1969), which completely defined a generation, as well as being one of the most pivotal and peaceful moments during the tumultuous 1960s. It also served as one of the most important moments in music history.

Of all the bands and musicians from the festival I wish I could have seen perform is Los Angeles based Boogie n’ Blues band, Canned Heat, one of the most interesting and entertaining bands of all time who were deep seeded in early Country and Chicago blues.

If you’ve ever seen the 1970 Michael Wadleigh documentary “Woodstock” you are no doubt familiar with Canned Heat’s song “Going Up The Country”, which became the unofficial anthem for the festival. Unfortunately, as popular as the song became, it is not indicative of the sound of the band, which I was pleasantly surprised to discover some years after first seeing the documentary film, not really knowing much about the band. 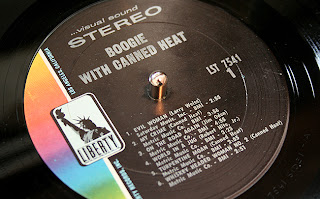 Prior to the band’s appearance at Woodstock they released their second album “Boogie With Canned Heat”, which features the band’s break-out hit “On The Road Again” on side one, a re-worked version of an obscure blues tune by Floyd Jones. The song became a number one hit for the band in several music markets around the globe, and eventually put the first blues song at the top of the US charts. Also on the first side of the record is the tune “My Crime”, which details the band’s arrest in Denver, CO over drug charges, and eventually led to the band earning the moniker of “The Bad Boys of Rock.” Nonetheless, their reputation for being fantastic musicians is evident on “World In A Jug” with a blend of blues, fuzz and psychedelic slide guitar work by Alan Wilson and Henry Vestine, as well as “Turpentine Moan” which guests legendary bluesman Sunnyland Slim on piano. 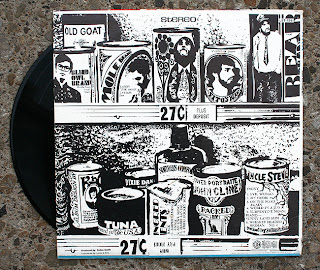 Side two of “Boogie” opens with “Amphetamine Annie”, a drug abuse story about a friend of singer Bob ‘the Bear’ Hite, and ironically, ended up being one of the first anti-drug songs of the 1960s. Alan Wilson’s “An Owl Song” perks things up even more with a little bit of brass and blues B.B. King style, showcasing Wilson blowing a seamless Chicago-style harp. Being known as a band that covered much of other blues artist’s material, as well as sneaking in original compositions here and there, Canned Heat wraps up the record with “Fried Hockey Boogie”, featuring a very familiar John Lee Hooker “Boogie Chillin'” guitar riff throughout. It also sounds like a reprisal of “On The Road Again” if you are listening closely. The band, however, really breaks loose in the musical air space, giving each musician his own chance to shine and show listeners that this isn’t just your average or ordinary blues band.

So you can see for yourself, here is a rare clip of Canned Heat from ‘Woodstock’ that didn’t make the original cut of the film’s release, performing “I’m Her Man”, which I can say in all honesty even I haven’t seen prior to this write-up. Additionally, here is their performance of “On The Road Again” should you desire seconds.

As always, I profess the music spoken about on Classic Waxxx is best enjoyed on vinyl, as sound is important to the entire experience. For Canned Heat, trying to find their catalog on CD has always proved to be a bit of a challenge. You’ll have better luck finding all the old albums on LP. However, some instances of CD purchase are warranted, like the “Woodstock” soundtrack and subsequent anniversary box sets, which feature material previously unavailable (which you probably won’t see release on vinyl in the near future.) But, if the band’s performance at Woodstock is any indication of how awesome they were (and still are), those who witnessed the band first hand indeed were part of something special, as the Woodstock festival reminds us year after year.