The Trailer for ‘John Carter’ (Of Mars) Is Here!!! 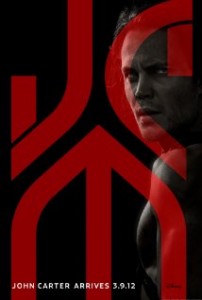 “Civil War vet John Carter is transplanted to Mars, where he discovers a lush, wildly diverse planet whose main inhabitants are 12-foot tall green barbarians. Finding himself a prisoner of these creatures, he escapes, only to encounter Dejah Thoris, Princess of Helium, who is in desperate need of a savior.”  I have been waiting for this to come out for years now.  It finally is.  Enjoy the trailer.

Has anyone done a successful movie on Mars or about Mars? Not in my memory…but at the same time, no pirate themed movies were ever successful until Disney put Depp at the helm and unleashed an amazing trilogy (I don’t like the 4th installment because horsie Cruz is in it and ruins everything). The story is older than most movies out there, so it is not a remake or a rip-off of others. Edgar Rice Burroughs was a treasure unto himself and am excited to see Gambit in Space!