The Starz Series ‘Party Down’ To Get Its Own Movie?!?! 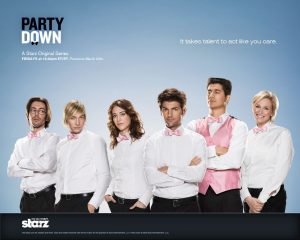 Damn this show was fucking hilarious.  It was cancelled way too soon.  Kinda like how ‘Arrested Development’ was cancelled too soon and how there has been talks for what seems like years and years of a film to come.  That is slowly but surely happening, but at a recent ‘Party Down’ marathon at the Alamo Drafthouse in Austin, the entire cast and creator Rob Thomas told viewers some info on a possible ‘Party Down’ feature film.

Thomas said: “People are talking to us about doing a Party Down movie. We are pretty far down the deal-making process with that, so we’re hopeful that there will be a Party Down movie. Ideally, if it works out we could be shooting in television hiatus time next spring. Hopefully that deal will close, and we’ll all tweet about it when it does.” 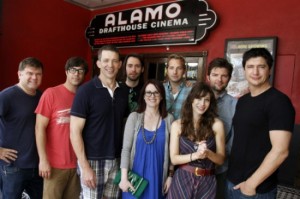 How badass is that?  I sure hope everything falls into place and we get a film from one of the better comedy series to ever grace the small screen.

Check the video out below.