FedMex Hops In The Car With Nic Cage and Drives Angry!!!! (A Review) 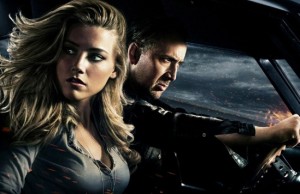 Here’s a review of the Nic Cage film, Drive Angry.  A little late I know, but this film is in the $1 dollar theaters now, and there is something just nostalgic and fun about going to the $1 dollars theaters nowadays.  There are not a lot of those theaters around anymore.  I used to go all the time to them, but that was also when movie tickets cost less than $5 dollars and before stadium seating.  This review comes from another one of our newest contributors to the site, so let’s all give a very warm welcome to FedMex.

Drive Angry is a movie that I wanted to love.  I really wanted this to play out like it did in my head, and I would say that for the most part, it did.  It did leave me feeling teased.  The flick does so many things right, but when it just can’t do it all, you can’t help but feel that she showed you the goods but wouldn’t let you touch.

I totally get what director Patrick Lussier was going for, and in the interests of full disclosure, I’ll admit that, despite very convincing recommendations, I have yet to watch “My Bloody Valentine 3D.”  I promise to watch that one as soon as possible and give my report on how it measures up.  What I DO know is that the premise of Drive Angry was great.  Nicholas Cage escapes from hell to save his granddaughter from being sacrificed by devil worshippers.  You call that an adventure, Cage?  I call it Tuesday.

The movie did accomplish what it tried to and had me laughing and enjoying a good part of it.  Violence?  Check.  Ridiculously hot girl?  Check.  Satanic cults?  Check.  Complete need for suspension of reality?  Check.

What it did wrong I still can’t entirely put my finger on.  The movie may have just had too long of a run time.  I think this is the same reason why I loved “Planet Terror” but was less partial to “Deathproof.”  Drive Angry wants to be a Grindhouse film.  It nearly hit the nail on the head.  Perhaps it was too much attempted plot development.  I wanna see Nick Cage and the hot girl do lots of violence and throw in the devil in there and roll the credits, all while I eat hot dogs and popcorn.  If I’m not done with my popcorn by the end, the movie was probably too long.

There is one gem in this film that I’ve neglected to mention, the always phenomenal William Fichtner.  His performance alone is worth the price of admission.

Definitely check this out on DVD upon release.  It’s good mindless fun, but it probably should have been a little more “Grindhouse” and a little less “Ghost Rider.”  Still, I respect Mr. Cage for having the balls to make a movie like this, and as for Mr. Lussier…can’t wait to see what he does with Hellraiser and Halloween III.  The man has some good talent, and I think he’s fine tuning right now.

3 thoughts on “FedMex Hops In The Car With Nic Cage and Drives Angry!!!! (A Review)”