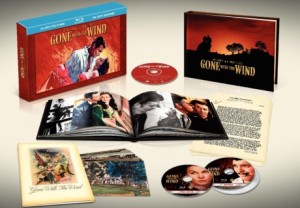 The geek deal of the day is AMAZING.  Gone with the Wind Utimate Collectors Edition Giftset Bluray is on sale for only $27.99.  That is almost 60% off the normal price.  Period romance. War epic. Family saga. Popular fiction adapted with crowd-pleasing brilliance. Star acting aglow with charisma and passion. Moviemaking craft at its height. These are sublimely joined in the words Gone with the Wind.
This dynamic and durable screen entertainment of the Civil War-era South comes home with the renewed splendor of a New 70th-Anniversary Digital Transfer capturing a higher-resolution image from Restored Picture Elements than ever before possible. David O. Selznick’s monumental production of Margaret Mitchell’s Pulitzer Prize-winning book can now enthrall new generations of home viewers with a majestic vibrance that befits one of Hollywood’s greatest achievements. 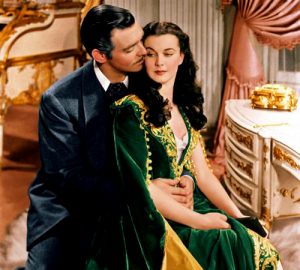 The Set has three discs which include:

Special features:
Over eight hours of extras, including more than three hours new to this collection:

Gone with the Wind: The Legend Lives On featurette