Bluray/DVD Releases For The 1st Week Of December!!! 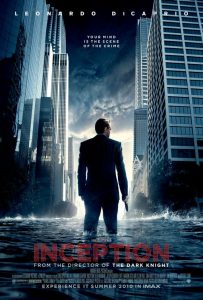 Hi folks.  sorry this column is a tad bit late but non the less, it is here for you now.  A few awesome releases this week for the first week of December.  Was quite excited to purchase a few of these.  Plus they are a t great prices for the time being so hurry up and get them while you can.

I really liked this movie when I saw it in the theater.  It was a play before it was a movie, but sadly I have not seen the stage version yet.  But with this film it has one hell of  a cast including: Natalie Portman, Clive Owen, Julia Roberts, and Jude Law.  A witty, romantic, and very dangerous love story about chance meetings, instant attractions, and casual betrayals. CLOSER is director Mike Nichols’ critically acclaimed look at four strangers—Julia Roberts, Jude Law, Natalie Portman and Clive Owen—with one thing in common: each other.  Not too many extras though on this disc.  Just some trailers/music viceo and what not.  Definitely worth picking up though.

An early film by Guillermo Del Toro which is a very dark exquisite seductive fantasy.  I am so glad this got the Criterion treatment.  It definitely deserves it.  I cannot wait to show my friends this film.  Guillermo del Toro (Hellboy, Pan’s Labyrinth) made an auspicious, audacious feature debut with Cronos, a highly unorthodox tale about the seductiveness of the idea of immortality. Kindly antiques dealer Jesús Gris (Federico Luppi) happens upon an ancient golden device in the shape of a scarab, and soon finds himself possessor and victim of its sinister, addictive powers, as well as the target of a mysterious, crude American named Angel (a delightfully deranged Ron Perlman [Hellboy]). Featuring marvelous special makeup effects and the unforgettably haunting imagery for which del Toro has become world-renowned, Cronos is a visually rich and emotionally captivating dark fantasy.  As always, Criterion packs this disc with tons of excellent extras.

A very cool tv series in which Elvis Costello interviews and plays with musicians.  It reminds me a lot of what the Henry Rollins Show used to be.  A very fun and cool show.  Conceived to provide a forum for in- depth discussion and performance with the most interesting artists and personalities of our time, Spectacle: Elvis Costello With… fuses the best of talk and music television. Each of the thirteen one-hour episodes in this complete first season exposes the essence of iconic and influential figures who are given the rare opportunity to speak intelligently and in-depth about music and their careers – how their classic songs were written and why; their experiences; their influences and the creative process overall, revealing new insights about their extraordinary work and lives. Unique performances – by the featured guests, by Spectacle s multi-faceted host, Elvis Costello, and by the guests and host, along with other spontaneous illustrative moments – further distinguish Spectacle as one of the most complete music television experiences fans could want.  Definitely worth checking out.

I have not seen this yet, but the title and the cover art alone, I must admit, I am very intrigued and excited to see this schlock.  When a bloody freak accident takes out their captain, a boatload of international tourists on a whale-watching expedition must fight for their lives while stranded in the middle of the ocean. Help seems to arrive in the form of a helpful whaler who offers to take them back to shore, but instead he strands them on a rusty, terrifying barge of death with his insane family who are determined to hunt down and kill the trespassers one by one! Featuring an appearance by horror legend Gunnar Hansen (The Texas Chainsaw Massacre), this shocking, blood-spattered trip on the high seas unleashes a night of terror only a lucky few will survive.  Sounds Awesome.  Cannot wait to watch this and MST3K it with my friends.

One of the best films of the year so far.  Director Christopher Nolan (The Dark Knight) takes us through a psychological thriller about stealing information in people’s dreams.  It is more of a heist movie than anything.  It is packed with thrills, a bit of comedy, and some of the best storytelling in the past few years.  Acclaimed filmmaker Christopher Nolan directs an international cast in this sci-fi actioner that travels around the globe and into the world of dreams. Dom Cobb (Leonardo DiCaprio) is the best there is at extraction: stealing valuable secrets inside the subconscious during the mind’s vulnerable dream state. His skill has made him a coveted player in industrial espionage but also has made him a fugitive and cost him dearly. Now he may get a second chance if he can do the impossible: inception, planting an idea rather than stealing one. If they succeed, Cobb and his team could pull off the perfect crime. But no planning or expertise can prepare them for a dangerous enemy that seems to predict their every move. An enemy only Cobb could have seen coming.  What extras that they have on the disc are excellent, but I felt they were a bit lacking and rushed.  Maybe a bigger badder edition will come soon.

Oh I loved this movie.  An instant classic of a movie.  Bill Murray is amazing in this film and brought his career to the drama side of things.  Sofia Coppola’s masterpiece in my opinion.   Also it is quite a love letter to Tokyo.  Everything is just beautiful.  A love story that has bewitched audiences and critics worldwide, Mademoiselle Chambon is an ‘exquisite chamber piece’ (LA Times) that delicately captures the initial stirrings of romance. Vincent Lindon plays Jean, a burly and happily married housing contractor. One fateful afternoon, he picks up his son (Arthur Le Houérou) from school and meets the teacher, a willowy beauty named Mademoiselle Chambon (Sandrine Kiberlain). Their flirtation slowly builds over lingering glances and an impromptu violin solo in Chambon s apartment. Like the classical music they swoon over, their relationship builds through subtle movements: the tilt of a head, or an inadvertent brush of the cheek, fills their hearts with longing. Jean soon comes to a crossroads, having to choose between the intensity of his bond with Chambon or the responsibility and care he feels for his wife (Aure Atika) and child. A ‘beautifully observed’ (NY Magazine) evocation of what it feels like to fall dizzyingly in love, Mademoiselle Chambon won the Cesar (the French Oscar) for best Adapted Screenplay, and is an unqualified triumph for director Stéphane Brizé

Remember how funny Rush Hour was?  This was when Jackie Chan and Chris Tucker were at the top of their comedy game.  Sadly, it has not gotten better or has been as good.  But this first Rush Hour film was gold and is one of the better buddy action comedies to come out since maybe 48 Hours or Turner and Hooch.

One’s all talk…the other’s all action!…Jackie Chan and Chris Tucker mix punches with punchlines in this hilarious action-comedy.

Cultures clash and tempers flare as these two cops from different worlds quickly discover one thing in common: they can’t stand each other. With time running out, they must join forces to catch the criminals – if they don’t kill each other first!

Again with this blasphemous bullshit.  Release these films individually.  Seriously.  I only want the first two films.  Not the entire collection.  What is wrong with you companies???  Now I like the world of Shrek, but man did they just give up and not care starting with the third film.  The first two films were genius and extremely funny.  There was something for everyone in the movie.  But with the third and fouth film, they just gave up and collected a pay check.  Do me a favor and release these movies individually.  But alas, you finally have the first two Shrek films on Bluray and the third and fourth installments as well.  All packed to the gills with extras.

Oh man this film is so creepy and fucked up.  I love every minute of it.  It has been released on Criterion for quite some time, but it has finally gotten the bluray treatment.  When Max Renn goes looking for edgy new shows for his sleazy cable-TV station, he stumbles across the pirate broadcast of a hyperviolent torture show called Videodrome. His attempts to unearth the program’s origins send him on a hallucinatory journey into a shadow world of right-wing conspiracies, sadomasochistic sex games, and body modification. Starring James Woods (Salvador, Casino) and Deborah Harry (Hairspray, Cop Land) in an early film role, Videodrome is one of the most original and provocative works from writer-director David Cronenberg (The Fly, Naked Lunch, A History of Violence), and features groundbreaking special makeup effects by Academy Award winner Rick Baker.  This is definitely worth picking up and worth watching with your loved ones.  HAA!!  As always Criterion loads it up with tons of extras.

That is all for this week folks.  Stay tuned for even more awesome home video releases next week.  Thanks for reading.