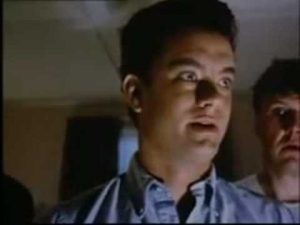 Kathryn Bigelow has her next project lined up already and it looks to be a a big budget all star ensemble cast.  You might know Kathryn Bigelow’s name from her winning the Oscar for Best Director last year at the Oscars for The Hurt Locker.

Her next project will be Triple Frontier which is set in the dangerous tri border region of South America which consists of Argentina, Brazil, and Paraguay, where organized crime and terrorist regimes flourish with protection and impunity.

The same guy who wrote The Hurt Locker (Mark Boal) and won the writing award at the Oscars will pen this screenplay as well.

It will definitely not be filming in the tri region though.  The governments of those regions have expressed much outrage  about this movie already and its negative portrayal of the region.

Well now to the good part.

Tom Hanks has signed on to star in this ensemble cast.  Producer Charles Roven has confirmed that.  Also it is something to note that both Charles and Kathryn have been talking to Leonardo DiCaprio, Sean Penn, Will Smith, Jeremy Renner, Javier Bardem, and Christian Bale for other significant roles in the film as well.

Cannot wait to see if they add Johnny Depp, Robert Downey Jr., Matt Damon, or Edward Norton to that list.

Anyway, it is cool news that Tom Hanks will star.