M. Night Shyamalan Will Make Another Sci-Fi Film. Find out which One. 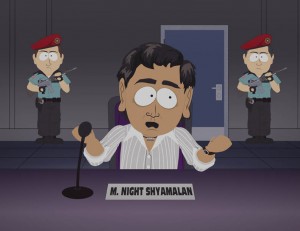 Director M. Night Shyamalan has announced that he will be directing another sci-fi film recently.  Shyamalan’s work as of recently has not been well received and for good reason.

M. Night gave us Sixth Sense, Unbreakable, and Signs.  All magnificent achievements in filmmaking.  But his recent efforts such as: The Lady in the Water and The Last Airbender have been nothing short of AWFUL.

So it seems he is going to direct a film which he has not written (very strange since he has written pretty much everything he has directed) over at Will Smith’s production company and studios Overbrook which might lend a hand to get Will Smith or his son Jayden smith to star in this film.

The movie he is looking to direct is called 1,000 A.E.  This reminds me of that animated film that came out years ago called Titan A.E.  A.E. stand for After Earth.  Joss Whedon wrote that movie.

The film has already been written by Gary Whitta who wrote The Book of Eli.

Although nothing is really known about this movie yet.

What are your thoughts?