The Exorcist Director’s Extended Cut in Theaters One Night Only 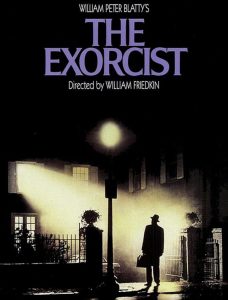 One of the scariest films of all time is coming back to theaters for one night only to scare us all once again.  On September 30th The Exorcist will be shown in just a handful of theaters across the nation.  It will be the director’s extended cut which means the spider crawl scene.  That gives me the chills just thinking about that.

In addition to the film being shown, we will be treated to a never-before-seen on-set footage from the making of the film and interviews with director William Friedkin, writer William Peter Blatty and members of the original cast and crew.

I’m very excited to see this again on the big screen.  It has been about a decade since I have seen it on the silver screen.  I do know the blu ray will be out this year which I am looking forward to seeing the scariest movie of all time in hi-def.