Apple’s Fall 2010 event is over and done with and they have a few new gizmos out.  iTunes version 10, new iPods and iPod Touches and a few other cool things will be making their way to you very soon.

This event happened to focus in music and tv.  Apple is really focusing in on this technology of the touch screen and it seems to be making its way into every product of Apple.  I bet at some point soon the computers and monitors will have it as well.  Heck the iPad is virtually that.

First off, if you do not own an apple or have never used an apple, I highly suggest when you have a little spare time that you go to your local apple retailer and play with all the cool gadgets they have, and I promise you, you will be hooked and get one.  They are so easy to use and virtually NEVER crash or get viruses.

I am just going to give you the highlights of the event.

So what are High Dynamic Range photos? Well, when you take an image, it actually takes three separate photos, one with highlights, shadows, and midranges… and it combines them together to make HDR photos.  It appears to be matching a set of different white balances to make detail pop more. 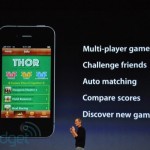 Game Center is all about multiplayer games. You can challenge your friends or they can challenge you, and if you don’t have any friends we’ll match you with someone.  Some very cool graphic extensive games are coming out soon.  They look amazing.

Project sword is one of the new games.  Kinda Fable-esqe.  Looks great.

This new update will be available free next week.

Steve talked about next is printing fro the iPad.  Now I wish we could print from iphones. All wireless.   Seriously Steve.  Make it so that we can print from out iPhones and iPods.

Also they are changing Air Tunes to something called Air Play which will let you stream video and audio over WiFi to your devices.  Pretty cool. 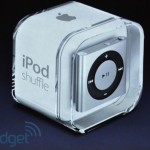 Now onto new iPods.  The ipod shuffle is small and it has buttons again and voice over and genius playlist.  It comes in five colors and lasts up to fifteen hours and will be only $49.00. 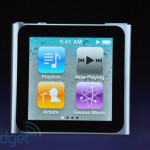 The new iPod nano is much smaller.  Square shaped now and Apple got completely rid of the click wheel.  It is fully touch screen now.  It is like a mini iPod touch.  It has a clip rather than an arm band, plus volume buttons and voice over and you can listen up to 24 hours on the new iPod nano.  8-gig for $149.00 and a 16-gig for $179.00.

New I pod touches have face time and are thinner now as well.  40  hours is the battery life of the new ipod Touch.

New Itunes 10 update and new Apple TV which has reduced in price $200 dollars.  Not bad.

Overall, not a great event , but some cool stuff.  I am looking forward to the update.