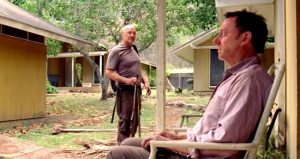 “Vulture has the report, saying that Abrams and collaborators Josh Appelbaum and Andre Nemec were pitching a ‘comedic drama’ tentatively called Odd Jobs, which would bring together Emerson and O’Quinn as the agents. This is just the latest news of a possible show featuring the two actors, which began in February when the pair said they were working on a possible post-Lost project. (One possibility mentioned then was a show that would feature the two as ’suburban hit men,’ which could have become this setup.) At this point it is just a possibility, but it’s a ramping up of several months’ worth of rumor, so stay tuned…”

For one I will watch anything that has the two actors and two anything J.J. Abrams says yes to I am all in. Looking froward to seeing this come through.