“Venom: Let There Be Carnage is a quick weird blast of a comic book movie that leans into all the weirdness Tom Hardy has created with his take on the character. “

Venom: Let There Be Carnage is a weird comic book that comes to life complete with all of the baggage that comes along with it. There are flashbacks, quick origin stories, graphic fights, and the evolution of the main character. But along with all the good this sequel brings to the table you can’t escape the bad. There are some needless side characters and a credits scene that is exciting but also may lead the audience to wonder what the point of this movie was.

This sequel catches up with Eddie Brock (Tom Hardy) several months after the events of the first movie. His relationship with the alien symbiote continues to be strained due to Venom’s need to eat brains or chocolate to stay satisfied. Eddie is heartbroken after the breakup between him and his fiance, played by the overqualified Michelle Williams, which leads Eddie to enter into a depression. When Cleetus Kassidy (Woody Harrelson) the most ruthless serial killer in American history, offers Eddie the chance to do a story on him before his execution, Eddie and Venom jump at the opportunity to work and do some good.

Cleetus has ulterior motives in that he is using Eddie to print quotes that communicate with his childhood love, Shriek (Naomie Harris). Shriek and Cleetus went to the same abusive boarding school and when her ability to hurt people with sound waves (screaming) was discovered she was sent to a soundproof prison to be experimented on. During an interaction, Cleetus bites Eddie and some of Eddie’s “Venom blood” enters his bloodstream and he transforms into the villain Carnage. Eddie and Venom must work together to stop Carnage and Shriek before they kill everyone they can find. Venom: Let There Be Carnage is at its absolute best when it leans into being one of the strangest romantic buddy comedies ever made. If you thought the relationship between Eddie and Venom was a little subtle in the first movie the sequel is hiding nothing. The physical comedy that comes from Venom and Eddie’s domestic squabbles over food, heroism, work, or their love life produces some genuine laughs. Tom Hardy who has a knack for playing strange characters has gone all-in on his portrayal of Eddie/Venom and you can tell this is a passion project for him. There is even a moment in the movie where Eddie and Venom break up and learn that they are much better together because they complete each other. All of this works so well because of the pure commitment to weird fun the entire production has bought in on.

The other bright spot of this movie is that Woody Harrelson knows exactly what movie he is in and has no problem completely chewing scenery and acting crazy. Every moment we spend with Cleetus he is more and more unhinged. Harrelson is having a blast with this role and his full commitment to some of the absolutely ridiculous lines and moments he must deliver just elevates all of his scenes.

With a very short run time of 97 minutes, Venom: Let There Be Carnage wastes no time getting to the point of it all. Every single scene is in service of getting Carnage and Venom in a showdown. There are no filler or side quests that take away from the plot working towards a CGI battle between Venom and Carnage. With the speed at which this movie moves it is surprising that the filmmakers even bothered putting Shriek in this movie at all as she is given virtually nothing to do aside from link the police captain to the final battle. Shriek doesn’t even get to fully unleash her powers in this movie as sound is something that hurts symbiotes but the movie never explores that aspect of the Cleetus/Carnage and Shriek relationship beyond Carnage threatening Shriek at one point before it movies on to the next action sequence.

Venom: Let There Be Carnage is a quick weird blast of a comic book movie that leans into all the weirdness Tom Hardy has created with his take on the character. While it isn’t perfect it is surely a movie that knows exactly what it is and delivers on its promise of carnage.

(Highlight the below text to read)

In the end, Venom defeats Carnage and he and Eddie must go on the run. The film ends with them on a beach discussing how they can try and work together to help people. We end this short absolutely crazy, weird movie on a promise of more adventures to come from the greatest comic book movie couple of all time. The mid-credits scene changes the perspective of Venom: Let There Be Carnage altogether.

(Highlight the below text to read)

In the credits we see Eddie and Venom watching soap operas in a beach hotel. When Venom offers to show Venom some of the histories of symbiotes the room shakes and flashes and they wake up in a different hotel. On the TV is The Daily Bugle news report from the end of Spider-Man: No Way Home where Spider-Man is revealed to be Peter Parker. Venom licks the TV and picture of Tom Holland and it cuts to black. This is where most audiences will cheer. But putting aside all of the corporate ownership of characters and their universe, does this ending negate the real stakes of the weird universe these two Venom movies have created for themselves?

Of course, nobody will complain if Tom Hardy joins the MCU but at what cost to the World these two movies have created? This sequel ends with Eddie and Venom discussing being heroes in the future but one would assume that would be stopping other bad guys. The character that Hardy has created here is not a villain. His addition to the MCU would not be as a foil to Spider-Man unless it was just that Venom wanted to be Spider-Man but wasn’t very good at the hero stuff before they would work together to save the day.

The Venom universe had just found its footing as the weird, side-comic movie universe we visit for a good violent romp but all of that work is negated if Venom has to trade one-liners with Rocket Raccoon in 3 years. The corporations know how to secure the audience money but at the end of Venom, it is hard to see the mid-credits sequence as anything but erasing the universe that Venom existed in. 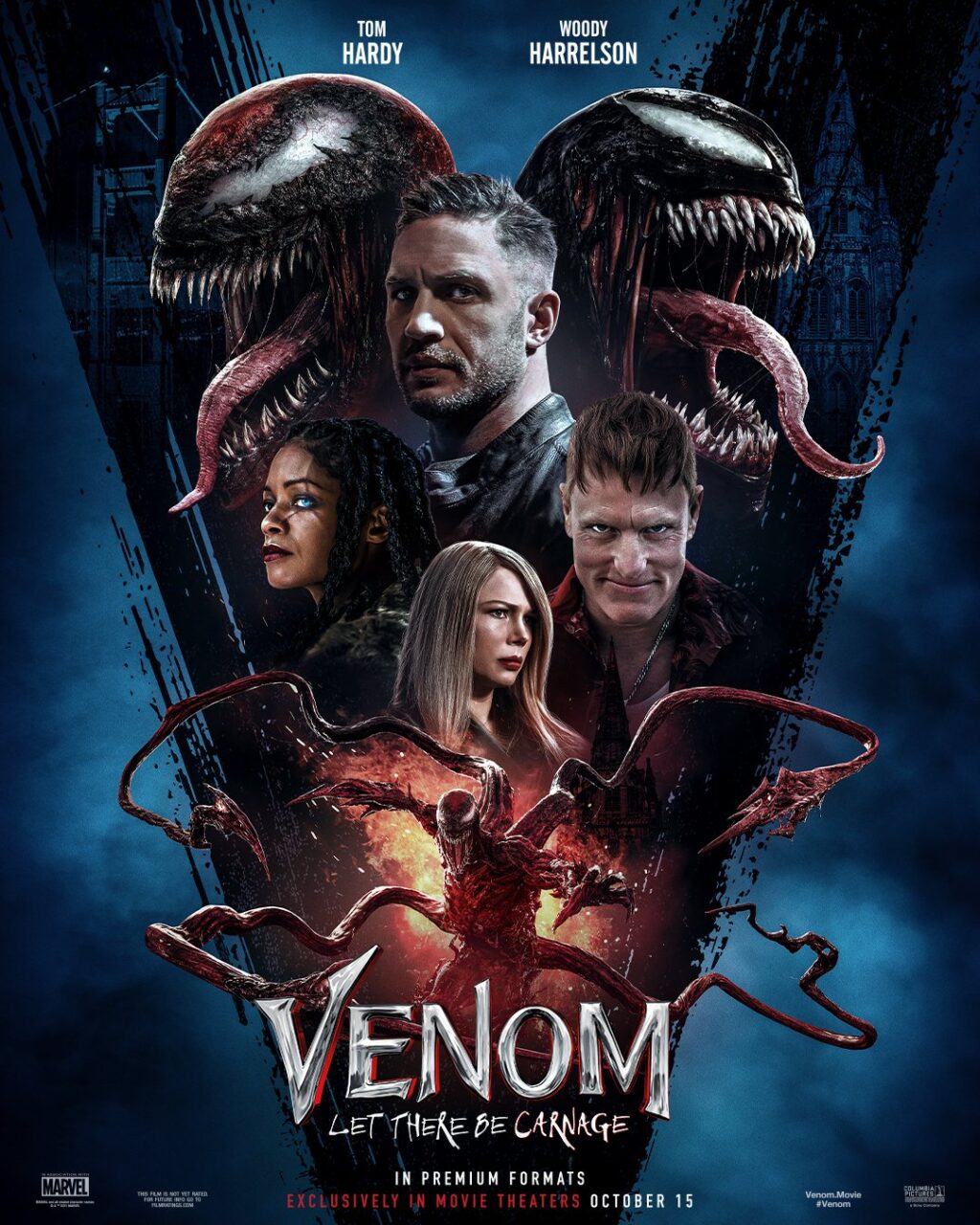