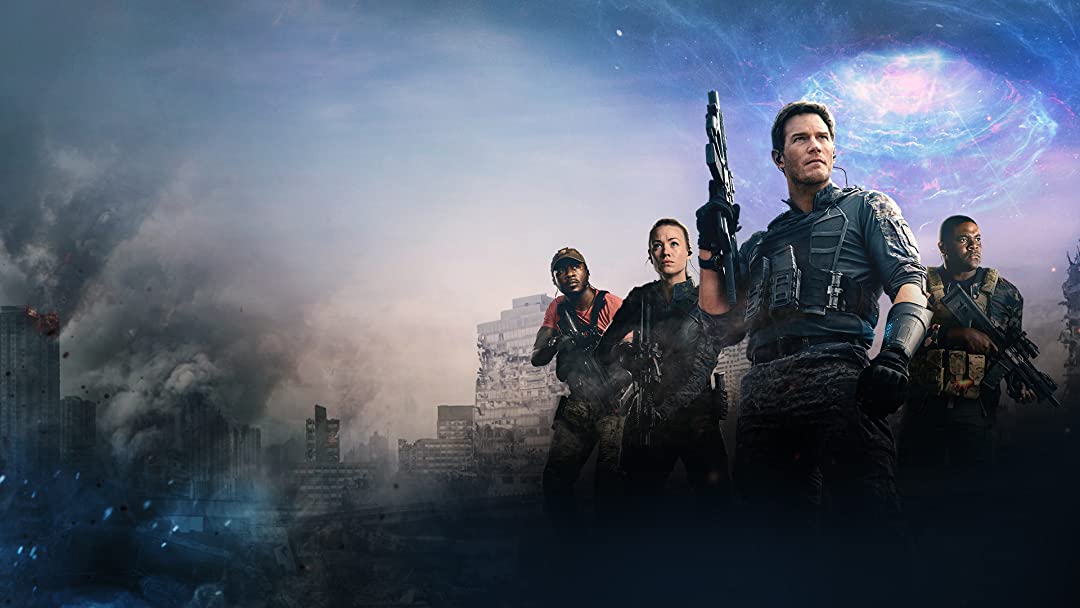 “The Tomorrow War is a love letter to all the great popcorn blockbusters that have come before it. “

The Tomorrow War is a love letter to all the great popcorn blockbusters that have come before it. Full of action, comedy, science-fiction, and some impressive world-building, The Tomorrow War does everything possible to be the most entertaining blockbuster this summer. Director Chris McKay’s foray into live-action movies is a success on every level.

In the near future, a group of time-traveling soldiers appears at a soccer game to inform all of Earth that in the future mankind is losing a war against alien invaders. In order to give humans any chance of survival, they need people from the present to travel to the future as soldiers and fight. Dan (Chris Pratt) is drafted into service and in order to save his family travels to the future to fight these aliens and try to save the World.

Much like Armageddon, Independence Day, or the first Transformers we have a global threat scenario and an everyman who steps up to try and save the day. Chris Pratt’s portrayal of Dan showcases all of Pratt’s talents ranging from great comedic moments to a few awesome action sequences. The basic concept of Dan having the ability to save the World was not out of the left field for anyone who has ever seen these action blockbusters but the writers go out of their way to make it organically work in the context of this movie. Along the way, Dan is helped by Charlie played by Sam Richardson who steals every scene he is in, and a future soldier portrayed by Yvonne Strahovski. In true 90s blockbuster fashion, the movie also has J.K. Simmons as Dan’s estranged father who plays a part in some of the more incredible parts of the movie. The stellar cast all perform their roles perfectly and allow the audience to buy into the outlandish fun plot. 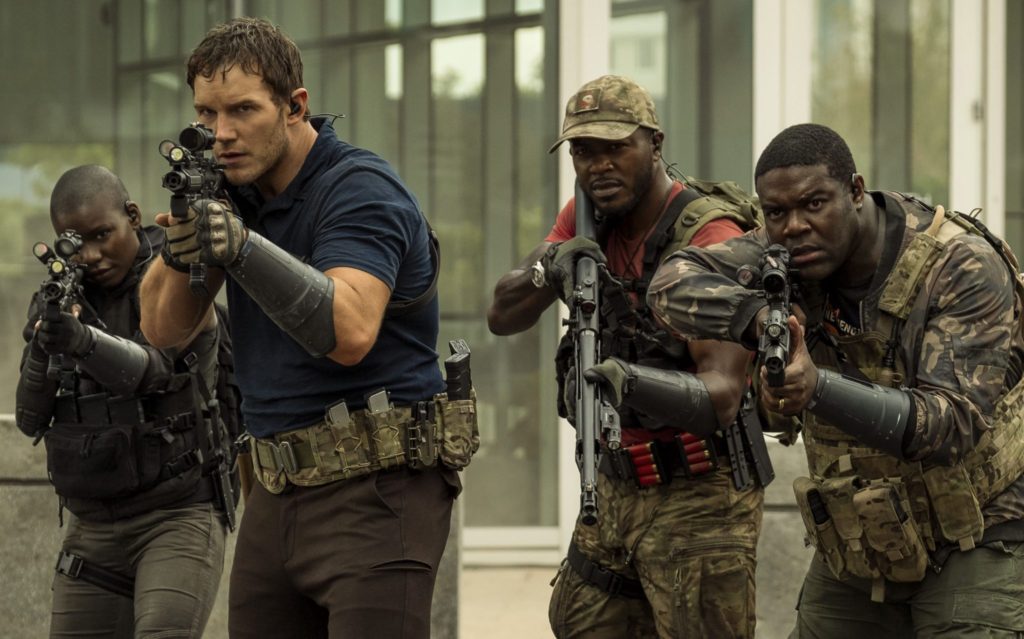 The script doesn’t waste the audience’s time explaining the aliens nor does it go into much detail about how time travel works. These long-winded explanations in many recent franchises just allow audiences to nitpick, find flaws, or in some cases derail the flow of the movie. The Tomorrow War uses its explanations for what is happening in the same vein that Edge of Tomorrow did, which is to just give enough explanation so the audience understands, then use that basic understanding to make an entertaining action movie. Many who watch will definitely notice Edge of Tomorrow, Independence Day, and the Alien franchise were all huge influences on this movie and there is nothing wrong with how The Tomorrow War uses some of the concepts from past great films.

The Tomorrow War is a throwback to the summer movies of the 90s. It uses everything in its arsenal to deliver pure entertainment to the largest number of people it can. While it won’t win any awards it should go down as a perfect return to the big summer blockbusters of yesteryear that didn’t rely on the hopes of a franchise to get off the ground. It may be on Amazon but this is the first movie of 2021 that deserves to be seen on the biggest screen possible. 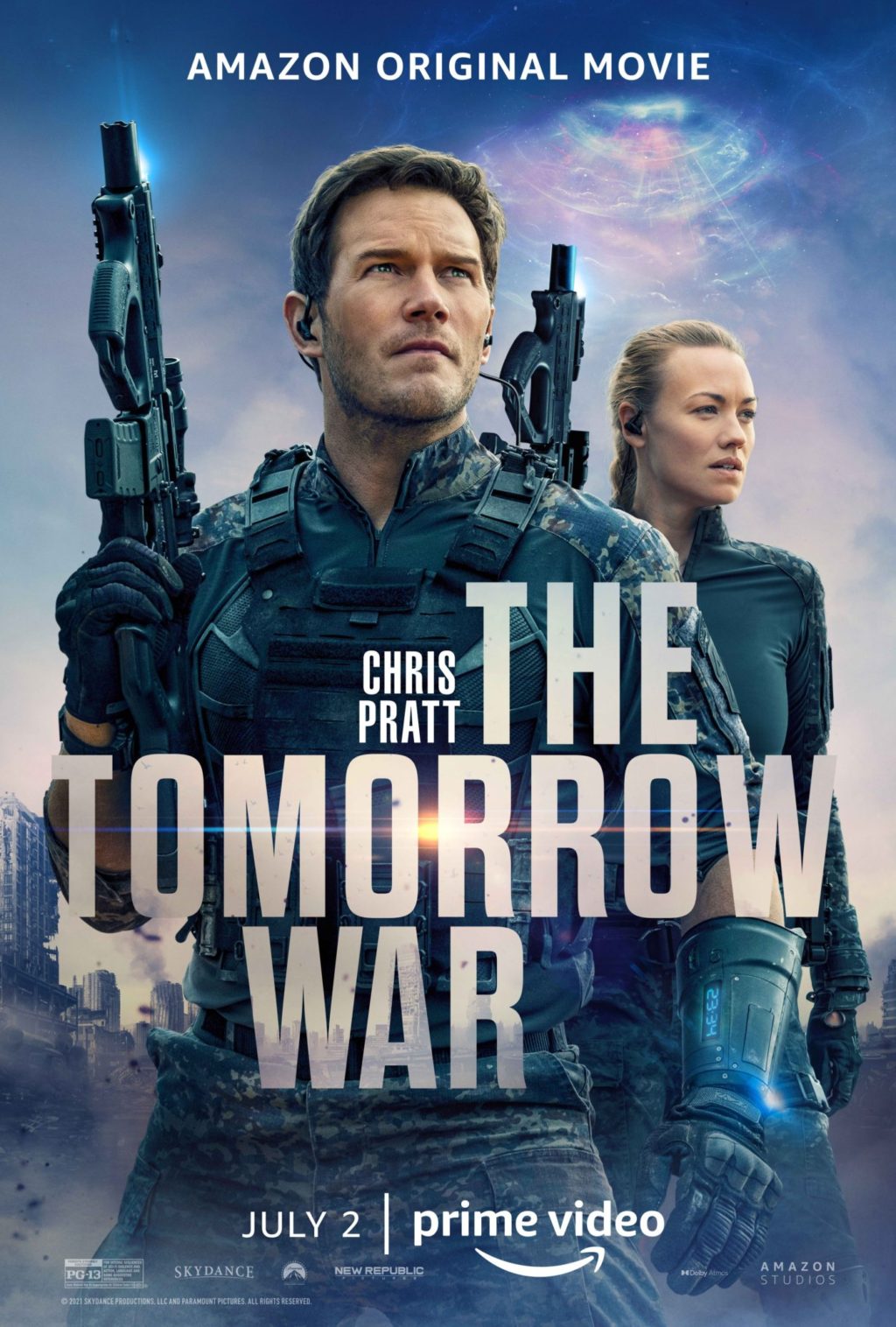