“Fear Street Part One: 1994 is a ton of fun, scary, and well worth the trilogy ride. There’s a new face in horror and it takes place on Fear Street. “

Author R.L. Stein can stand next to the horror maestro himself Stephen King, because, over the years, Stein has released tons of horror-themed books to the masses. Most of these books are known in the children or very young adult circles, mostly being the famous Goosebumps series that feature monsters, ghosts, haunts and deal with young kids navigating the story. At one point, Stein wrote Fear Street, another series of books that featured older teenage kids and monsters. But it wasn’t until 2005 where Stein wrote a trilogy of Fear Street that perfectly captured some adult horror and carnage, and was much scarier than the Goosebumps books. Netflix got into business with these Fear Street novels and has made a trilogy of films set to release in July based on the Stein books. The first one is Fear Street Part One: 1994 and is one thrilling, scary, fun ride.

Fear Street Part One: 1994 takes place in 1994 and is directed by the impressive Leigh Janiak with a screenplay by Phil Graziadei and Janiak together. In the opening scene, a teenage girl is working at the mall at closing time – specifically a bookstore that everyone should remember from back in the early ’90s. The eerie neon-lit stores make the scene extra scary against its almost pitch black backdrop of an empty mall at night time. This female employee gets a call from a friend from another store, but the phone loses signal. She heads out to investigate and is brutally murdered in the mall by a Halloween skull masked killer. Cut to the next day at high school set in the fictional town of Shadyside, Ohio, friends Deena, Samantha, Kate, and Simon all hang out and try to get through another day at school. With the news of this massacre at the mall, the kids are not all that shook up about it, since their town of Shadyside has been host to a series of grisly and unexplained horrors over the years.

Through the help of Deena’s younger computer-whiz brother Josh, these teens figure out that a sole witch who was cursed and murdered hundreds of years prior is responsible for possessing people to carry out her sinister deeds. This includes an ax-wielding maniac from the ’70s that is similar to Jason Vorhees, a goth girl who loves to sing as she cuts up her family and friends, and more. As the teenagers weave in and out of this horrifying situation, they also must. maintain their regular lives as teens which might be scarier than a monster coming to kill. There are relationships to explore, bullying, parent problems, and most of all – learning to be there for friends in desperate need.

The film never caves in to play to a younger audience. There is language, buckets of blood and guts, sex, and more, which feels like a realistic portrayal of teens, even if some of the situations can go over the top. Janiak knows how to perfectly frame and shoot a scary situation, where there is plenty of jumps scares, and frightening moments to cause hairs to stand on in. There is a lot of folklore to handle here as well, but it’s all delivered well and fluidly amongst its characters. The performances are all a lot of fun and some of the messages of acceptance and explorations are important and done well. The music from Marco Beltrami, along with the song cues of the ’90s are some of the best uses of music in a film. Someone get this soundtrack on vinyl immediately. 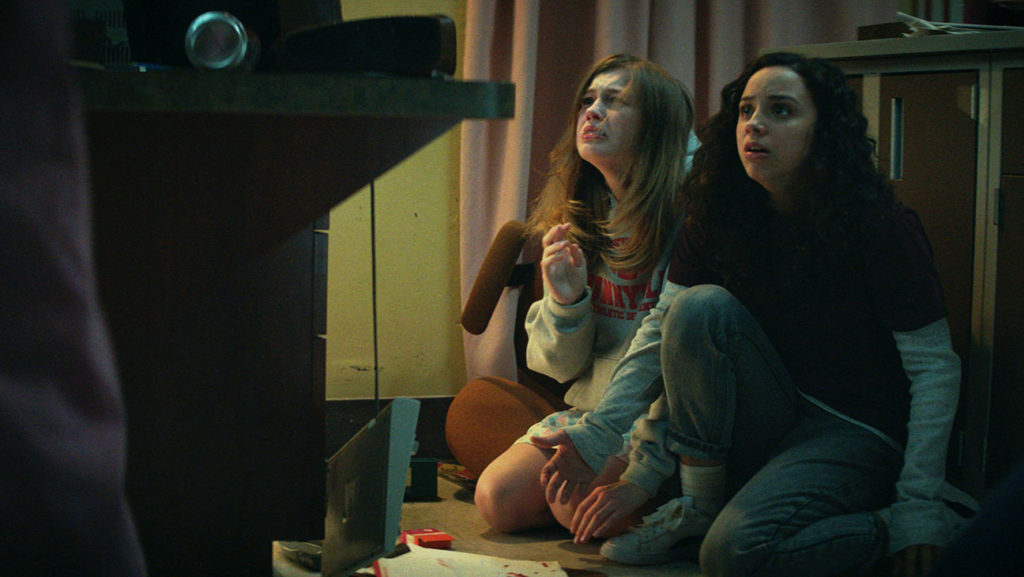 Fear Street Part One: 1994 is a ton of fun, scary, and well worth the trilogy ride. There’s a new face in horror and it takes place on Fear Street. 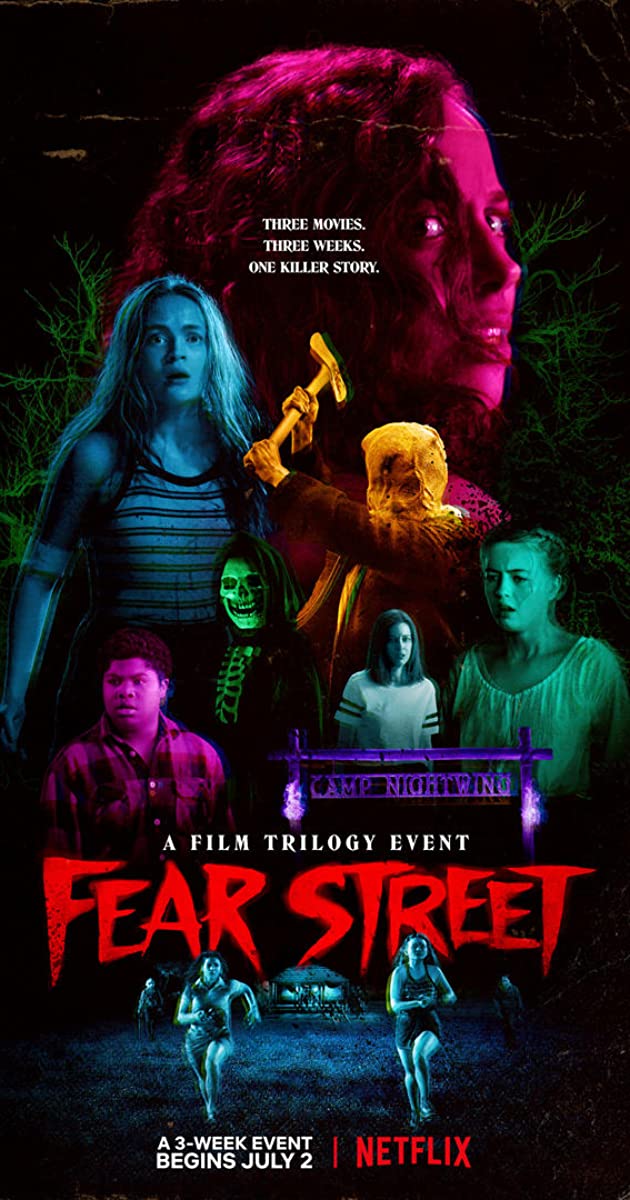