OLD is the latest offering from M. Night Shyamalan who experienced a renaissance a few years ago when he released The Visit which is a truly creepy premise and followed it up with Split which turned out to be a surprise sequel to Unbreakable. After completing his Unbreakable trilogy with Glass in 2019, it was announced that M. Night’s next film would be a more typical horror movie adapted from the graphic novel Sandcastle and titled OLD. It turns out that while OLD feels like a more familiar M. Night it still struggles to find what kind of movie it wants to be or what kind of message it is trying to convey. There aren’t enough scares and the twists and turns aren’t interesting enough to amount to anything more than a mixed bag of PG-13 horror most viewers have seen countless times.

The movie follows a family of four as they arrive at a resort that appears to be a perfect tropical paradise. When they are given access to a secluded beach with a few other families and guests things start to get weird. The children age rapidly, illnesses progress at lightning speed, and no one can figure out how to leave the beach without passing out or dying.

The premise of the movie is perfect for M. Night to incorporate some creepy visuals, a mild jump scare or two, and throw in a few comments about class and race. Unfortunately, none of it really sticks and as the mystery of the beach starts to unravel most viewers will have at least a mild idea of where it could be going. When the final twists are revealed the viewer is left with more questions than answers. These questions aren’t good ones either and won’t be solved on a rewatch as much as they will likely destroy the enjoyment of future viewings. 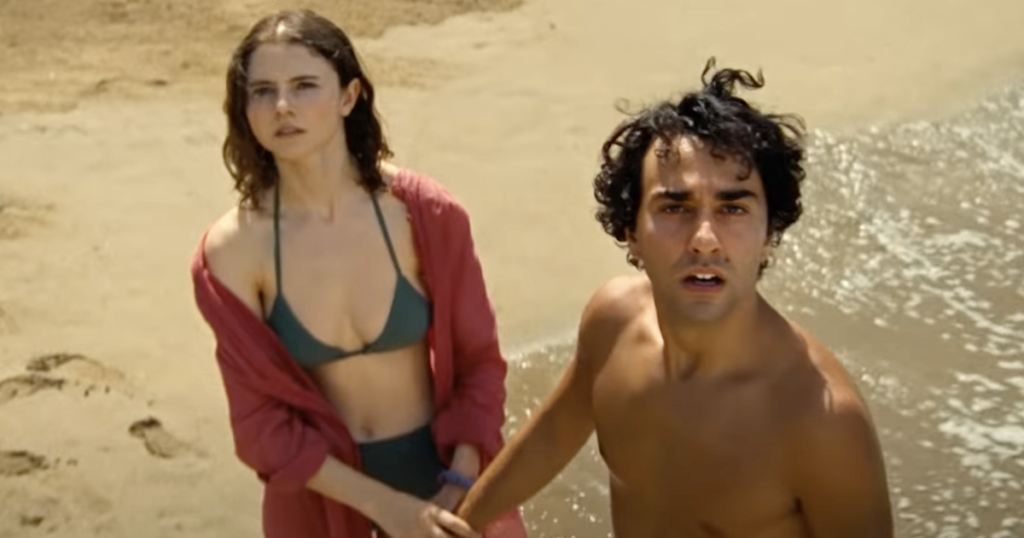 None of the performances really stand out as all the capable actors involved have all been in superior products before and the script doesn’t give them much to work with beyond freaking out about the next rapid time concern happening in front of them. One performance that is hard to look away from is M. Night himself who casts himself in larger and larger roles as he makes more movies and this one is by far the most screen time I can remember him having. For any viewer who recognizes him it is always distracting when he does this and in this movie just makes no sense why it had to be him.

OLD isn’t really worth anyone’s time unless you are required to see every major release this summer. Like the people on that beach, it will be forgotten in less than 72 hours and while it isn’t as horrible as The Happening, in some ways it is worse because OLD is forgettable. A good premise like this is better suited as a 45-minute episode in a horror anthology rather than a two-hour movie.