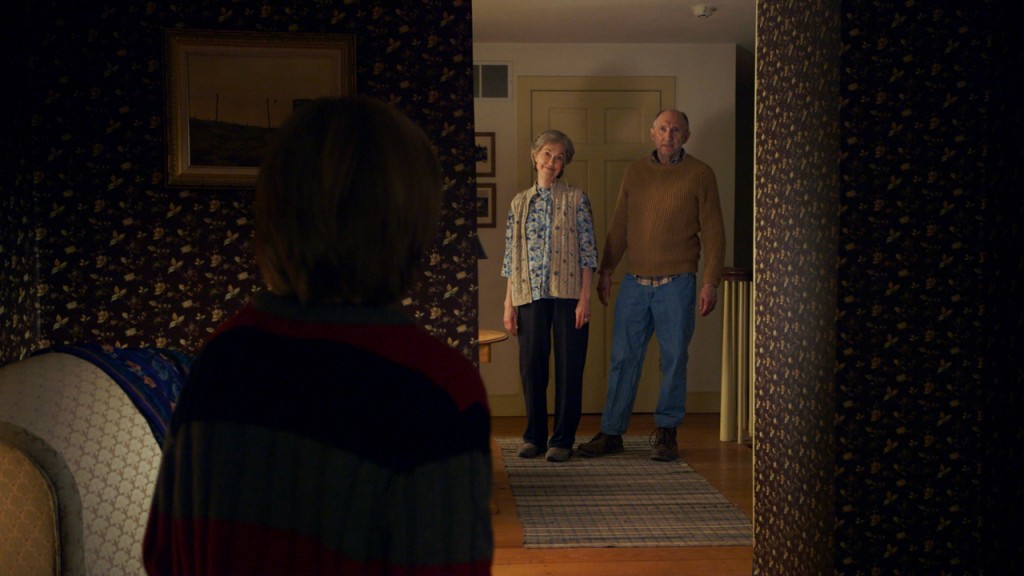 Finally, we have M. Night Shyamlan back in rare form with his new horror-comedy film ‘The Visit‘, which definitely doesn’t look like a Shyamalan movie at all. In fact, this is one of those “found footage” movies that rejuvenates this sub-genre of filmmaking once again. The world was introduced to M. Night Shyamalan back in 1999 with his hit film ‘The Sixth Sense‘, which quickly led the young director to superstardom as one of the coolest and imaginative directors of this modern era. Not only that, but he re-invented the “twist ending” again, which became a trademark of his down the road.

He followed up ‘The Sixth Sense‘ with ‘Unbreakable‘ (one of the most underrated movies of all time), followed by the alien invasion film ‘Signs‘. After that those three movies, it seemed that Shyamalan took a turn in his filmmaking that had audiences and critics alike slamming his movies, one after the other. Even though I enjoyed the hell out of ‘The Village‘, I know many others didn’t. Then after that, there was a string of films that most critics and audiences consider some of the worst movies ever made.

Even with Shyamalan’s last film ‘After Earth‘, the studio never marketed his name to the movie, in fear that people wouldn’t go see it, given his track record. This was strange, because studios used to bill his name to drive audiences in, not the other way around. That all being said, I’m happy to announce that this M. Night Shyamalan film is a great welcome back for the estranged director and a great step towards greatness again, even though the film doesn’t have the trademark Shyamalan look to it. Made up of a cast with almost no recognized actors, minus Kathryn Hahn, and filmed on a $5 million dollar budget, this new mix of horror and comedy called ‘The Visit‘ is well worth your time and equally packs a good amount of scares as well as laughs. 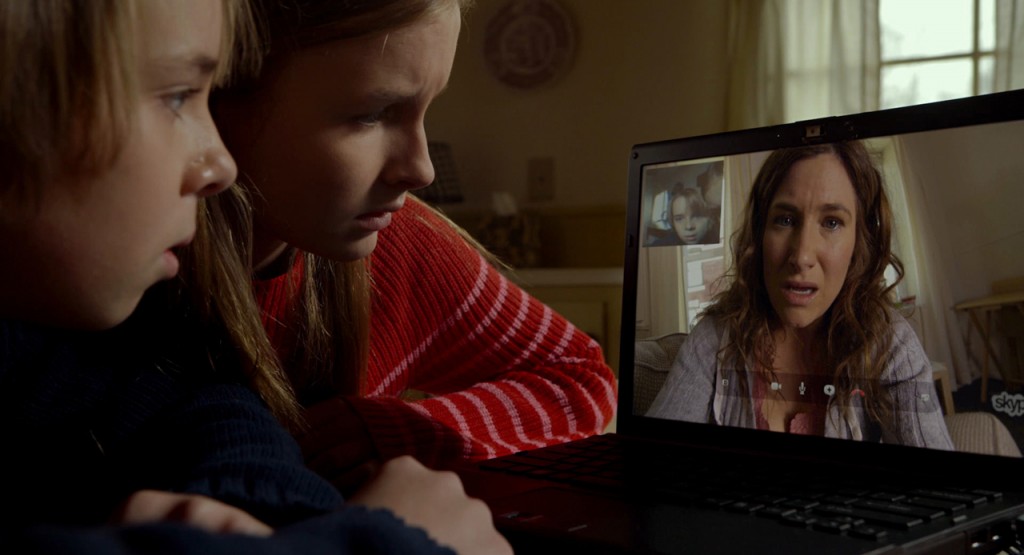 ‘The Visit‘ follows brother and sister Rebecca and Tyler (Olivia De Jonge and Ed Oxenbould respectively), who are early teenagers, living with their single mother Paula (Hahn). Witty, oddly intelligent, and hilariously fun, these kids are making a documentary of their life and adventures to show their mother and her troubled past. In order to allow their mom some much needed vacation time with her new boyfriend, the kids are going to stay with their grandparents for the week, whom they have never met, nor has their mother seen them since she was 19 after a bad falling out. Rebecca and Tyler take the train to visit their grandparents on their farm in their small town, documenting every little thing, even Tyler’s hilarious freestyle raps.

They meet their grandparents Doris and John (Deanna Dunagan and Peter McRobbie) with open arms and all seems happy for the time being. But, it’s not far off that Rebecca and Tyler begin to notice very strange and creepy things going on after lights out with their grandparents, and it only gets worse with each night passing, until it’s down-right terrifying. Shyamalan wrote the script here, but i’m not sure how much of it was improv or written, but whatever the case might be, he has shown once again that he can be a master of horror. There are so many creepy and down right scary moments that you’ll be on the edge of your seat gasping for a breath.

Equally though too, you’ll laugh as much as you’re scared, even if some of the laughter is of the nervous kind. Shyamalan and his actors take you on this ride, full force, never giving in, and never allowing you to guess the twist, which of course there is one, and it’s remarkable. The “found footage” aspect is brilliant up to a certain point, where I think it could have gone into a full narrative look and been just as good if not better, because there were some odd mistakes and weird camera movements.

Other than a couple of unexplained plot holes, ‘The Visit‘ does exactly what it aims to do, which is to scare you completely and make you laugh throughout. I never knew Shyamlan had it in him to make me laugh, but he sure does, thanks to the brilliant young actor Ed Oxenbold. Deanna Dunagan also shines here in her role as the grandmother, who will make you feel right at home, but in a split second, make you too scared to come out of your room. There is also a bit of heart and soul to this picture as there is with most of Shyamalan’s work, which was nice to see. M. Night Shyamalan is back and I hope it stays this way. If I were a younger kid, watching this movie, I would NEVER EVER want to visit my grandparents again. I can’t wait to see it again.