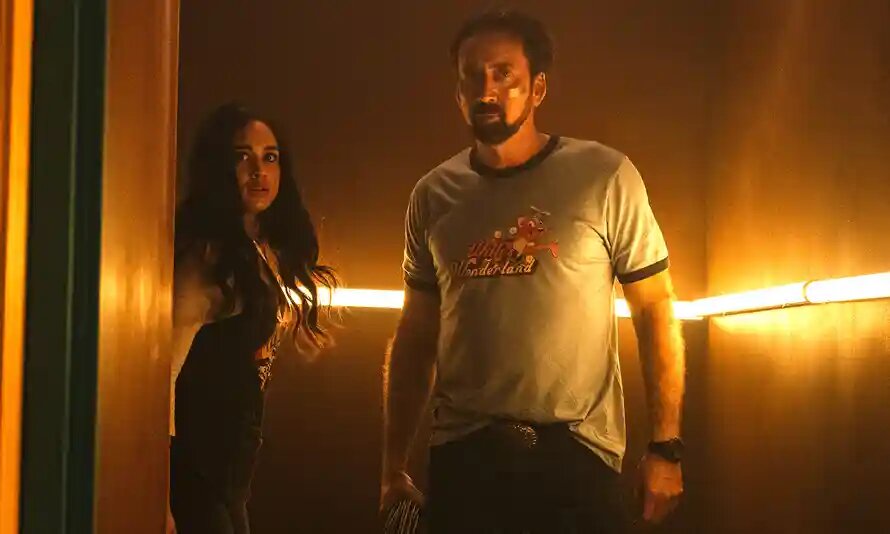 “Willy’s Wonderland is on par to be that next hit cult film.”

A brand new horror-comedy is here that fits the killer-animatronic category perfectly – and with Nic Cage no less. Certainly inspired by Westworld, Five Nights At Freddy’s, and even the recent The Banana Splits Movie – Willy’s Wonderland is a big ball of stupid fun that manages to do some truly creative things with a very familiar plot and story arc as Nic Cage spends the night inside Willy’s Wonderland and goes to battle with some mean animatronic animals with a crazy backstory. It’s highly entertaining, short and to the point, and even features a dancing Nic Cage. Life is beautiful in 2021.

Willy’s Wonderland starts with a James Dean – type of guy (Nic Cage) driving his brand new Chevy SS Camaro in rural Nevada. His tire blows out and he is towed into the remote town of Hayesville, which has a terrifying recent past and a ton of unsolved missing person reports. Cage agrees with a firm handshake to be a janitor for a night at Willy’s Wonderland, a former family fun center, similar to Showbiz Pizza or Chuck E. Cheese that has been out of business for a variety of reasons. If Cage cleans up the place, he will have his car back in the morning, all fixed and free of charge. It seems like an easy enough job, but things are about to go from clean and shine to bloodthirsty murder in a matter of seconds as the animatronic characters of Wily’s Wonderland have been possessed by serial killers of a demonic nature and need to kill and eat humans in order to stay on Earth’s playing field. With the help of some idiotic teenagers led by a femme fatale orphan, Nic Cage, who only goes by The Janitor might just survive the night.

Willy’s Wonderland follows in the footsteps of Sam Raimi’s Evil Dead trilogy in regards to its comedy elements to horror and cool-as-hell protagonist. The only difference really besides a chainsaw and boomstick is that of the fancy one-liners from Bruce Campbell. In fact, Nic Cage has ZERO lines of dialogue in the film for its entire 89 minute run time. Instead, he gives fantastic stares, intense glances, and an occasional grunt when he’s in battle with an undead robot ostrich or weasel. This character is an ultra stylistic badass without having to speak, which makes the film original, different, and a ton of fun to watch. In between his janitorial duties and annihilating these evil robots, Cage drinks a dozen canned sodas titled Punch with the tagline of A fistful of caffeine to your kisser as he dances and plays pinball. There’s no rhyme or reason to his character, or even who he is or where he comes from, but that’s what makes him so mysterious and fun to watch.

The gore is plentiful and the kills are quite hilarious with some fancy, stylized quick cuts and bursts of fluids. The extremely low budget hinders some of the cooler death scenes, but indie director Kevin Lewis handles it well and makes it a ton of fun to watch unfold. G.O. Parson’s screenplay definitely plays tribute to those ’70s and 80’s B-horror movies perfectly with every ounce of silliness and horror that comes with it. It knows exactly what type of movie it is and wants to be and goes full-tilt boogie, all the way through the end, and that deserves applause. Beth Grant (Donnie Darko, Speed, No Country For Old Men, Little Miss Sunshine) shows up as the sheriff in town with a secret and even Grant Cramer (the lead role in Killer Klowns From Outer Space), shows up as an actor and producer of this film.

Willy’s Wonderland is on par to be that next hit cult film that will have people lining up at midnight with beer or in this case, soda and popcorn to watch this for years. It’s a definite blast. 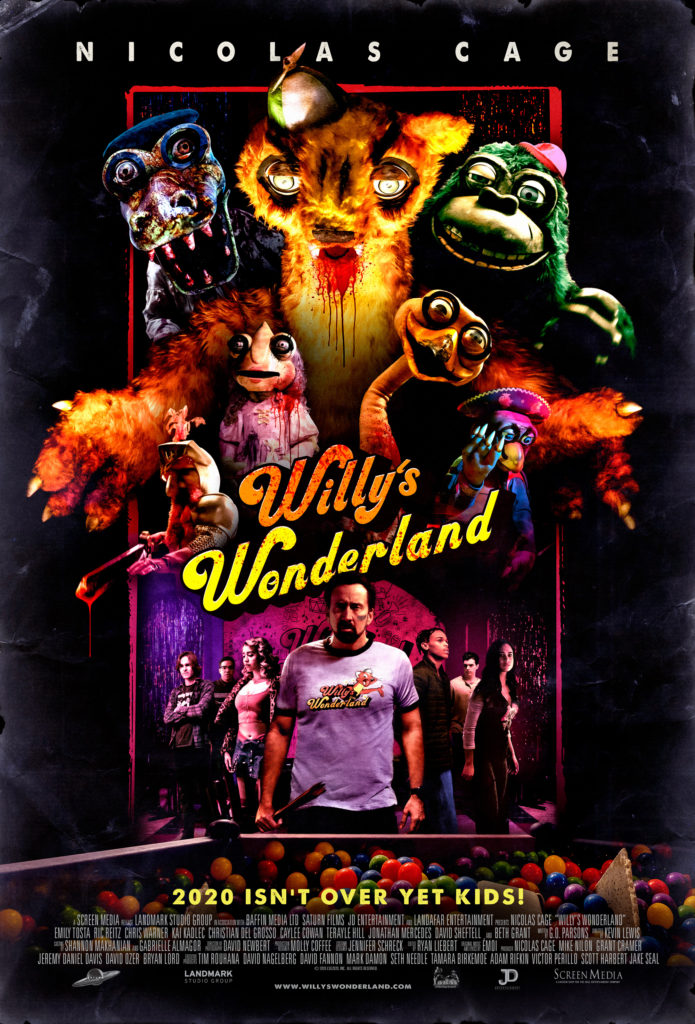