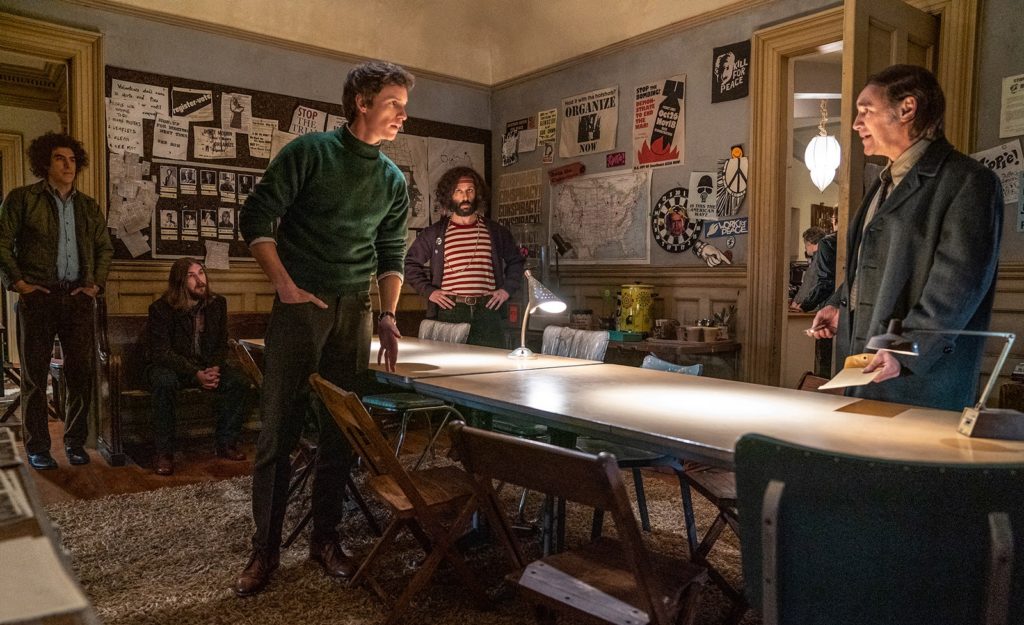 “The Trial Of The Chicago 7 is a wonderful film on every level and is a Must-See.”

Another adaptation of the Chicago 7 lands on Netflix from writer/director Aaron Sorkin (West Wing, Molly’s Game) that tells the tale of a group of anti-Vietnam War protestors who are charged with conspiracy, inciting riots, and other crimes related to protesting the war by the federal government in 1969. With a stellar ensemble cast, a remarkable screenplay, and a fast-paced courtroom, The Trial Of The Chicago 7 gets the story right, keeps tensions high, and manages to squeak out a little humor along the way in what is to be one of the finest courtroom dramas ever made. 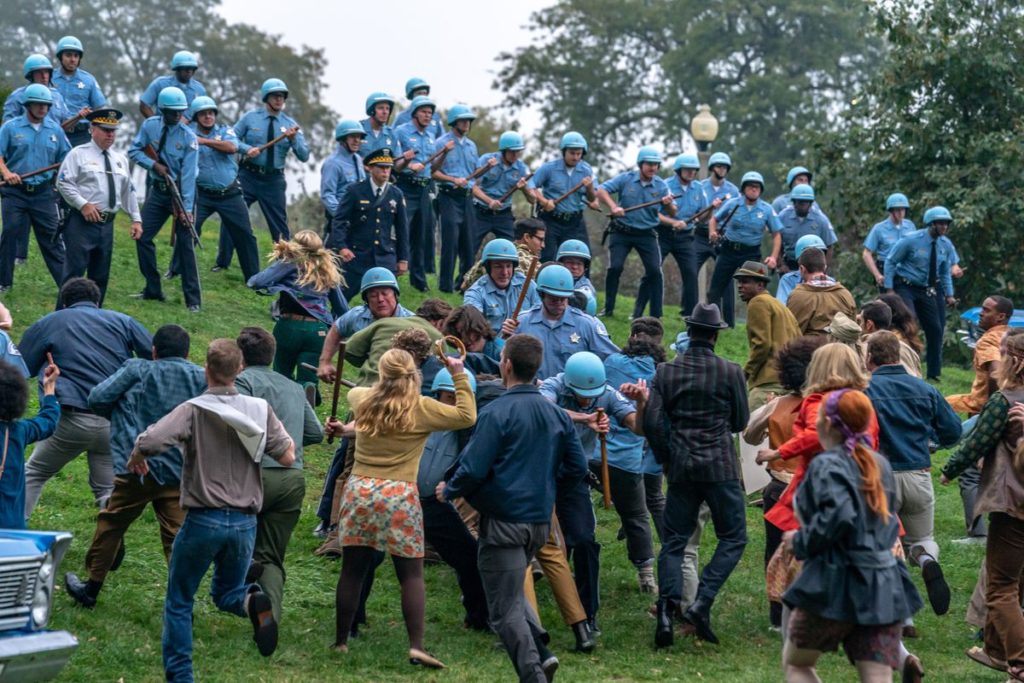 Sorkin wrote the screenplay some 13 years ago with a plan that Steven Spielberg would direct with unknown actors, but as time went on, Spielberg and other people had to drop out, which lead to Sorkin taking on the director’s role. The film was also going to be released in theaters, but due to the pandemic, Netflix purchased the rights and has debuted the amazing film on its streaming platform.

For those unfamiliar with The Trial Of The Chicago 7, the story follows Abbie Hoffman (Sacha Baron Cohen) Tom Hayden (Eddie Redmayne), and five other men, including one more man named Bobby Seale (Yahya Abdul-Mateen II) who were all arrested after an anti- Vietnam War protest during the 1968 Democratic National Convention that started peacefully, but got out of hand when police officers started getting violent with the protestors on the streets and in the parks. These 8 men were all brought up on severe charges by the federal government with Julius Hoffman (Frank Langella) serving as the judge. 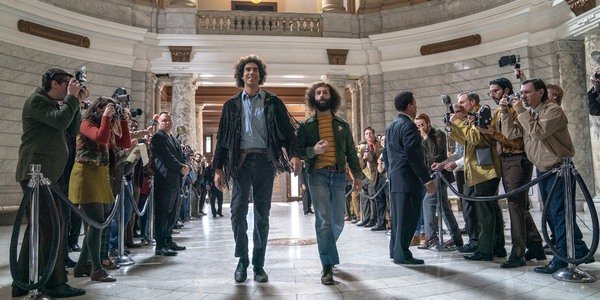 What made this trial so diabolical and sinister was that judge Hoffman was unwilling to listen to anything the defense had to say and would not let them speak or defend themselves. It got so bad that when Bobby Seale (an African American man) consistently told the judge that he didn’t have a lawyer and that he wanted to defend himself in court, the judge had him gagged with towels, beaten up by officers in the courtroom and shackled in front of everyone – in the year 1969.

This horrendous abuse garnered a mistrial for Seale, but the other seven men didn’t fare as well. Their attorney William Kuntsler (Mark Rylance) tried everything in his power to defend these seven innocent men but was constantly met with obstacles and orders from the judge not to speak, landing himself unwarranted in contempt of court for months on end, along with the seven other defendants. The judge was so evil that the prosecuting attorney Richard Schultz (Joseph Gordon-Levitt) would not stand for this injustice either, even if it went against his case.

What Sorkin does so well, of course, is keeping a two-hour-long film that takes place 95% of the time in a courtroom, seems like a quick 90-minute action film with amazing fast-paced dialogue and camerawork that never gets stale. In between the courtroom, sequences are flashbacks to the protest and riot itself, that shed some light on what really happened and how the event got out of hand. What’s so painful to watch in The Trial Of The Chicago 7 is that almost all of the mistakes that were made an injustices that occurred by judges and police officers are still happening today in 2020 with more violent actions and cover-ups.

The performances by all involved are fantastic with Sacha Baron Cohen shining a light on Abbie Hoffman’s personal traits, beliefs, and wisdom. Redmayne, Yahya, and Rylance are also a delight o watch on-screen portray these real-life people so that new generations get a glimpse of how the system is still broken and how important it is to speak up when injustice is occurring. The Trial Of The Chicago 7 is a wonderful film on every level and is a Must-See.

WATCH THE TRIAL OF THE CHICAGO 7 ON NETFLIX