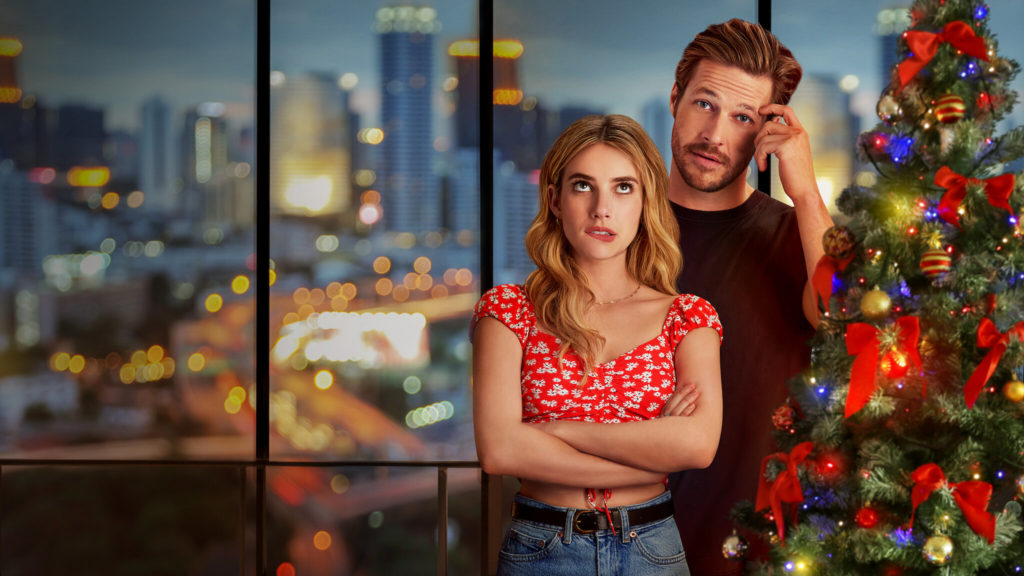 “Holidate is a big winner in the romantic comedy genre.”

As the 2020 holiday season draws near, a slew of holiday-centric films is being gifted to streaming services for family and friends to enjoy with egg-nog, gingerbread cookies, and some joyful cheer. Netflix has combined the Christmas holiday with every other holiday throughout the year in its new feature film Holidate, starring Emma Roberts (We’re The Millers, American Horror Story) who is seeking someone to attend holiday family functions without the stigma of hooking up or dating. Holidate is a shockingly funny and endearing little film that tickles the vulgar funny bone from start to finish. 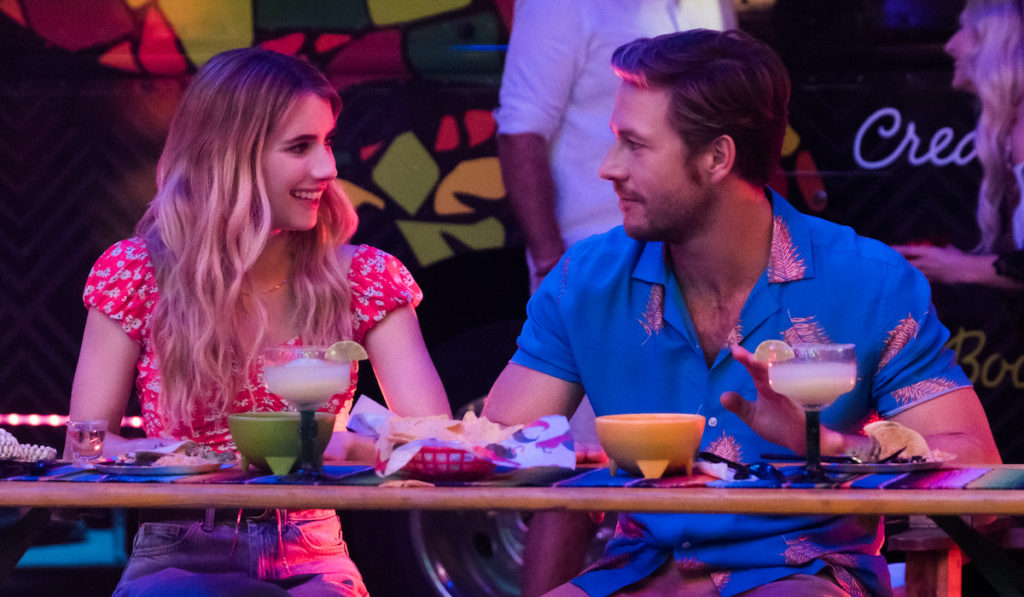 From director John Whitesell (Malibu’s Most Wanted) and producer McG (Charlie’s Angels), this film plays out like a Seth Rogen and Judd Apatow team-up with a ton of sex and toilet humor. The film is not for kids under 13, but rather for all the lonely people who have ever gone to multiple holiday parties solo and are always being questioned by friends and relatives about that sacred love life.

Holidate focuses on a young woman named Sloane (Roberts), who is unlucky in love and had recently broken up with her boyfriend who looked like a foreign John Lennon. With no hope on the horizon and her family always grilling her about not having a date, she crosses paths by pure chance with a guy named Jackson (Luke Bracey from the Point Break remake), who is in the same position as Sloane. The two form a pact after New Years that they will in fact spend every holiday together with their respective families, but refuse to have contact with each other in those long gaps in between holiday celebrations. Just like every other romantic comedy, the two leads fall in love with each other over time, but don’t necessarily relay that information to each other until it culminates in a fight and then ultimately a big reunion complete with a mall choir and a kiss.

From July 4th fireworks to Halloween costumes, and even Mother’s Day, Jackson and Sloane seem to be two peas in a pod with drinking shots of liquor, dancing at clubs, and even blowing one finger’s off during an unfortunate fireworks accident, with additional f-words every few seconds. To give another example of how funny this film is, there’s a sequence where a ton of young kids are acing to collect Easter Eggs on a beautiful lawn in slow-motion, set to the song “Move Bitch, Get Out Da Way” by Ludacris, where the kids are shoving one another as they pick up those delicately painted spheres. The film is a surprising laugh riot that never lets up and brings in some heart and soul along the way. 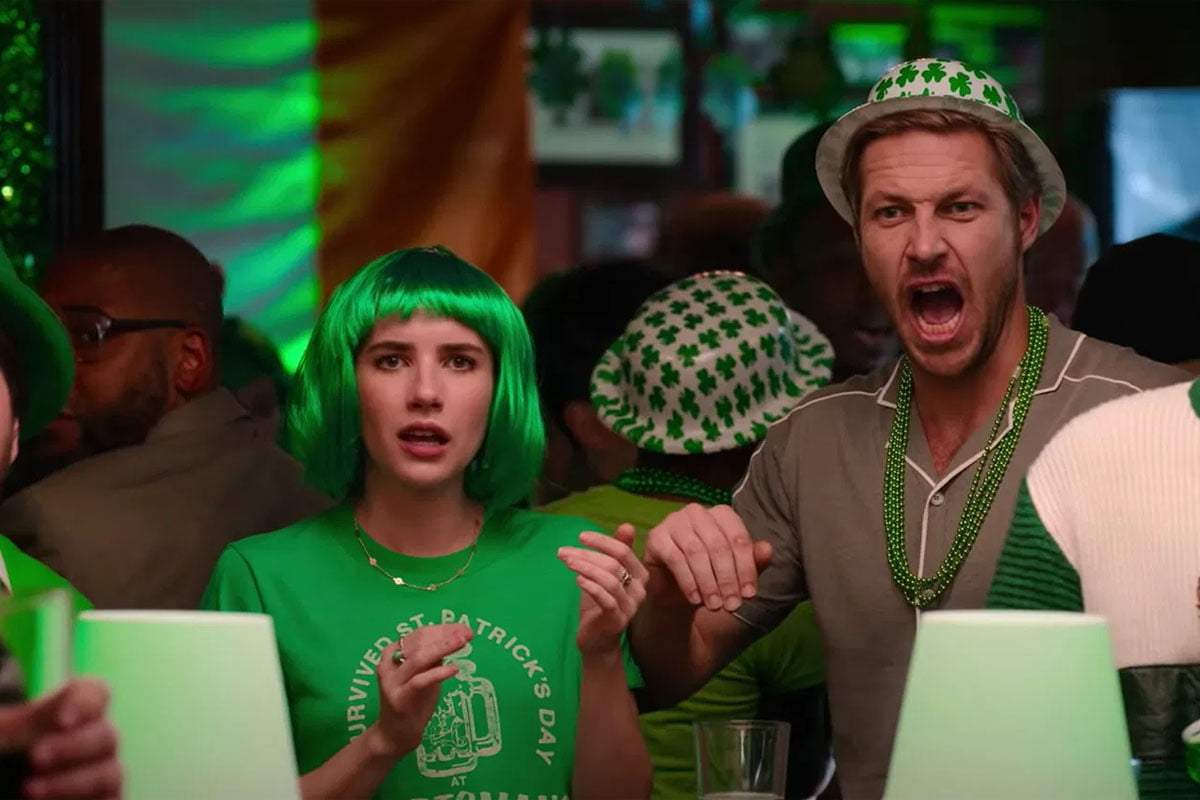 Emma Roberts turns in a solid performance, but it’s with Luke Bracey who is basically the budget Chris Hemsworth here but is completely charming, funny, and good-looking as the God of Thunder himself here. Bracey’s comedic chops are quite stellar. There are several co-stars that all have their own story arcs throughout the film, including Kristin Chenoweth playing Aunt Jane who has a different man of different ages at each holiday, which never gets old. Holidate is a big winner in the romantic comedy genre. Also, let’s all hope Ryan Gosling watches this movie.