Killer Inside: The Mind of Aaron Hernandez – Netflix Review! 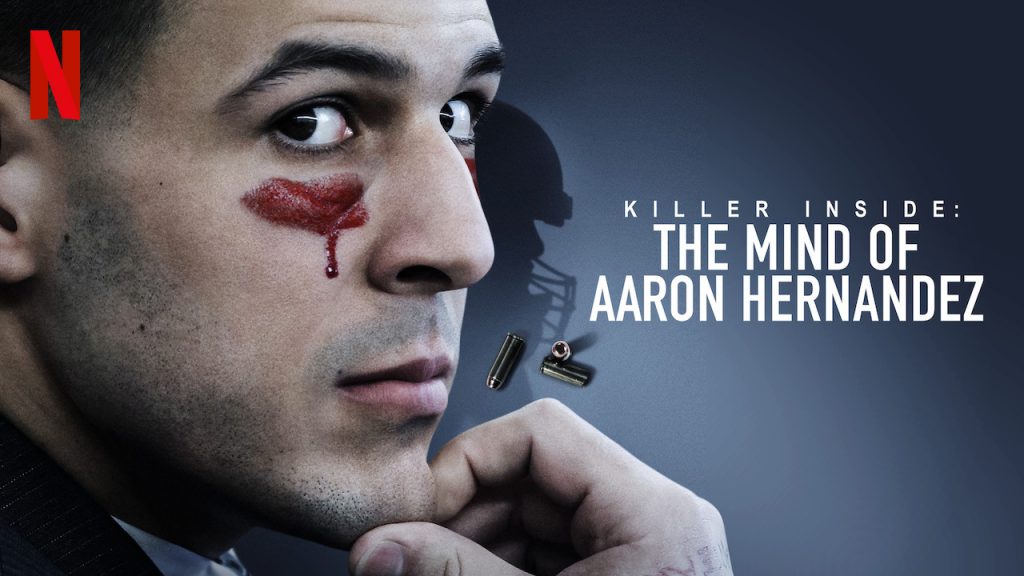 The world is fascinated with celebrity gossip both in film and sports. You can’t turn a page or watch a show without someone talking about these famous people’s personal lives. Within this culture, there is bound to be criminal activity and as we’ve seen with the entertainment industry and sports, there are quite a few nasty stories of prominent figures abusing and murdering people. I can point to O.J. Simpson as the classic tale of this situation, but we all know how that ended up. No, it’s with former NFL player Aaron Hernandez that takes the cake as it seems like no other prominent figure in sports had this much trouble and fell from a lucrative career as much as he did. Thanks to Netflix, we now have the fantastic three-episode true-crime documentary series Killer Inside: The Mind of Aaron of Hernandez to give us more insight into what happened.

Directed by Geno McDermott, who previously made the documentary My Perfect World: The Aaron Hernandez Story, this miniseries covers a lot of the same material but goes further into Hernandez’s home life, his football career, and the fact that he was hiding his sexual orientation from virtually everyone, (he was gay). With all of this information in the form of new interviews, phone calls from prison, archival interviews, and court footage, we can finally see the many reasons as to why Hernandez decided to give up a life of money and fame and instead murdered a few people, amongst other horrific acts of violence.

If you need a refresher course on Aaron Hernandez, this documentary will most certainly scratch that itch. In 2012, Hernandez murdered two people after a spilled drink at a bar. One month later, he was offered a $40 million New England Patriot contract to play football. For a full year, he played in the NFL until the police finally tracked him down and put him on trial. He eventually got off scot-free with the help of his nasty celebrity lawyer Jose Baez, who put enough reasonable doubt in the jury’s mind that his friend Alexander Bradley actually pulled the trigger (someone Hernandez would shoot in the face later on.) Then in 2013, Hernandez murdered Odin Lloyd, a semi-pro football player and the boyfriend of Hernandez’s fiancee’s sister. He didn’t get away with that one.

Within these three episodes, there is plenty of discussions with people close to Aaron, including family members, neighbors, teammates, coaches, police detectives, lawyers, and more who paint a big picture as to why he may have gone down this treacherous path. His obsession with gang life, abusive father who completely rejected any sort of homosexuality, the famous-invincibility complex, and even CTE could have been factors in his destructive behavior. 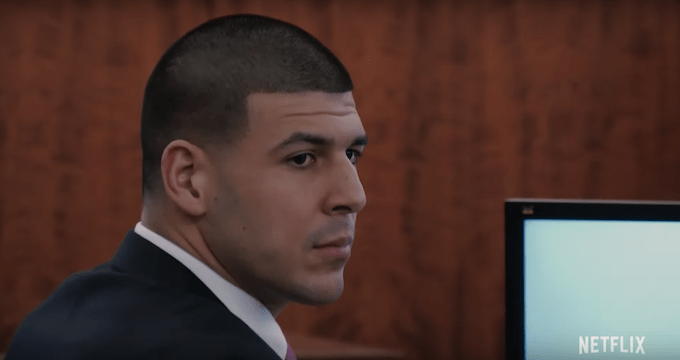 There are some frank and candid interviews throughout, all giving a brutal glimpse of what transpired over the course of his life, from his secret apartment away from his teammates and family to his closeted relationships to other men. It’s all pointed out in this fascinating documentary that doesn’t over-stay it’s welcome. Killer Inside: The Mind of Aaron of Hernandez won’t stop any kids from joining a football team, but it might raise awareness that multiple factors might be in play from a young age that contributes to this sort of demeanor. In no way shape or form do you feel sympathy for Hernandez whatsoever as some talking head interviews point out that there are tons of other people with similar backgrounds, brain injuries, and abuse that don’t actively kill others. I think the point is to show one of his many motives and how the events of his early years led him to his deserved final destination.

Premieres on Netflix on January 15th.