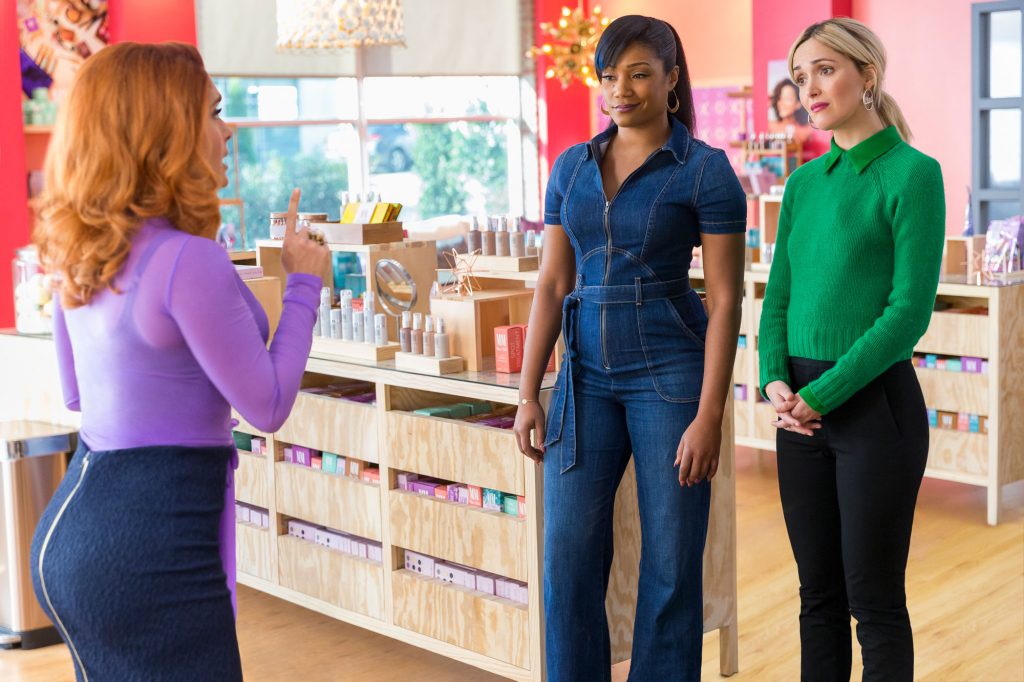 Never mix friends with money or so the saying goes.  Mia (Tiffany Haddish) and Mel (Rose Byrne) say whatever to that.  Inseparable since school days, surely nothing could go wrong now.  They were well on their way, created a cosmetics line, opened a store, and they had each other.  Only they had one more thing that wasn’t working for them, a crap ton of debt.  Enter their blessing from below, Claire Luna (the venerable Salma Hayek).  Promises of wealth and level up action for their business are all around and that is when the chaos begins in Like a Boss. 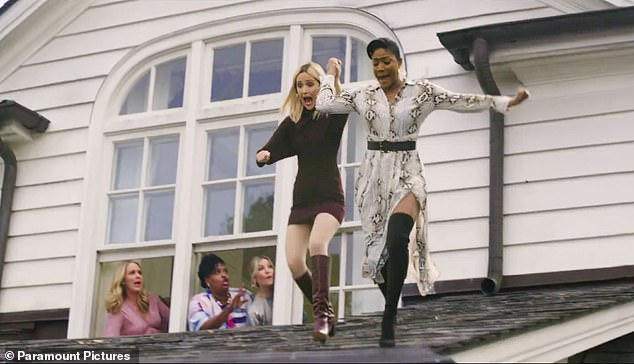 This stew of comedic talent delivered a consistent flow of laughs and clapbacks.  Although there were a few poor dialogue moments, Like a Boss delivers a touching story with a valuable lesson.  The fashion was on point with vibrant colors and Ms. Hayek looks like a Charo Barbie doll, so props to costume design.  The soundtrack was jamming and fit well within the narrative.

Haddish sashays her way into another hit film because as Mia gave me “in your face” realness.  Unfortunately, Mia seems to be the same kind of character that they always give Haddish Girls Trip, Night School, Nobody’s Fool, etc.  Surely Haddish has range; it poked its head out in The Kitchen.  Anyway, as Mia she is a sassy, true ride or die.  Byrne is the exact opposite of her infamous Bridesmaids role, Helen, who a conniving and slick as ice witch.  Insecure, people-pleasing Mel was also true to form in Like a Boss.  What happened to the Byrne that opened Achilles’ (Brad Pitt) heart in Troy as Briseis?  Mia was clearly the yin to Mel’s yang from the opening sequence, but a few bits were abrupt like the goodbye booty call guy.  Even the villain’s character Luna, played by the awesome Salma Hayek, felt like an ellipse was at the end of their character development and the audience is left puzzling over what is missing.  Hayek was as plastic as a whiffle bat.  It seems that was her goal and she nailed it to perfection.  A weird fact though, her assistant had in the same shade of contacts as her, kind of creepy, Folks (like the invasion of the IP snatchers) (intellectual property).  A host of additional comedy gems were present:  Stifler’s Mom (Jennifer Coolidge, can’t help it she will always be her to me), Billy Porter (American Horror Story: Apocalypse), and Natasha Rothwell (HBO’s Insecure).  It is no wonder why the audience laughed nearly the whole film.

At the end of the evening, I walked away knowing Like a Boss is hilarious and produces a warm fuzzy feeling in the presence of true sisterhood.  Haddish & Byrne are fire and ice, so gather up your girls (whether male, female, etc.) and have a night of side-splitting laughter.  Not appropriate for minors hence the R rating, but perfect for rolling with your besties for a good time.