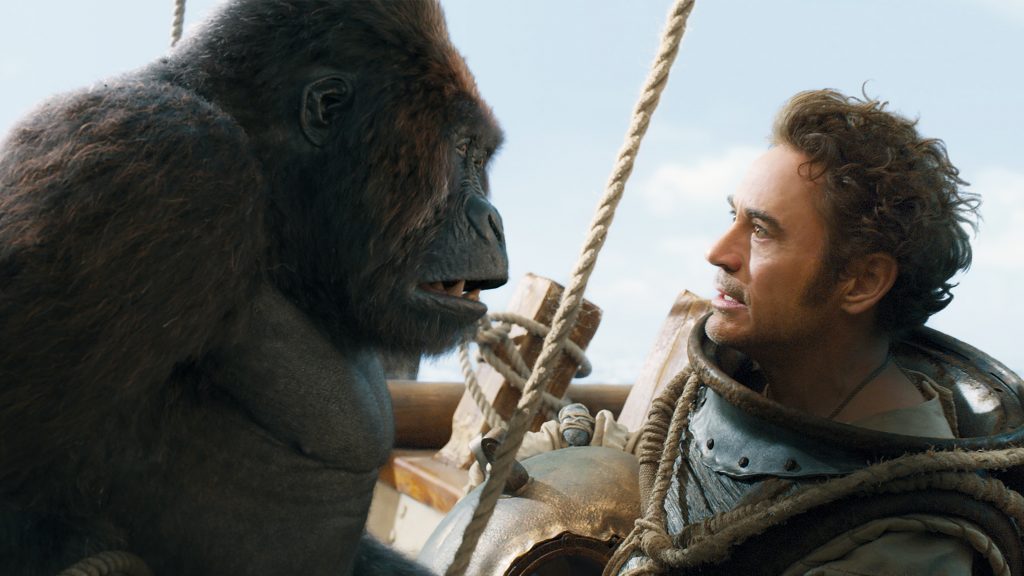 “Dolittle is a fine two-hour escape for January.”

Fresh off of sacrificing himself to save the universe in Avengers: Endgame, Robert Downey Jr. graces our cinemas with his latest movie ‘Dolittle‘ this weekend. Clearly feeling the goodwill from Iron Man, RDJ decides to employ the strangest accent for his new hero. Dolittle is a perfectly passable family movie in the dumping ground of January movies. It is PG, it is short, and it has a few amusing moments to keep the family entertained on a cold weekend.

The new children’s movie tradition of opening with a tragedy is continued in this movie where we learn the backstory of Dolittle. In this version, Dolittle fell in love and married a beautiful adventurer who loved to take risks. Together they rescued many of the animals you see in the trailers and formed a small adventure family. Of course, in order to give this children’s movie stakes, they went out of their way to explain that his wife died and he locked himself in his manor for seven years refusing to interact with any humans so he could never lose anyone again. That is the first 5 minutes, everyone! Really family-friendly!

Luckily, we move on from dark depressed Dolittle rather quickly as the Queen has fallen ill and needs to him to heal her by finding a mythical plant his wife was looking for when she died. At the same time, a young boy near Dolittle’s manor shoots a squirrel and brings it to him to heal. All three characters go through the motions and soon we have a misfit group of Dolittle, the boy, and several animals boarding a ship to find the plant. 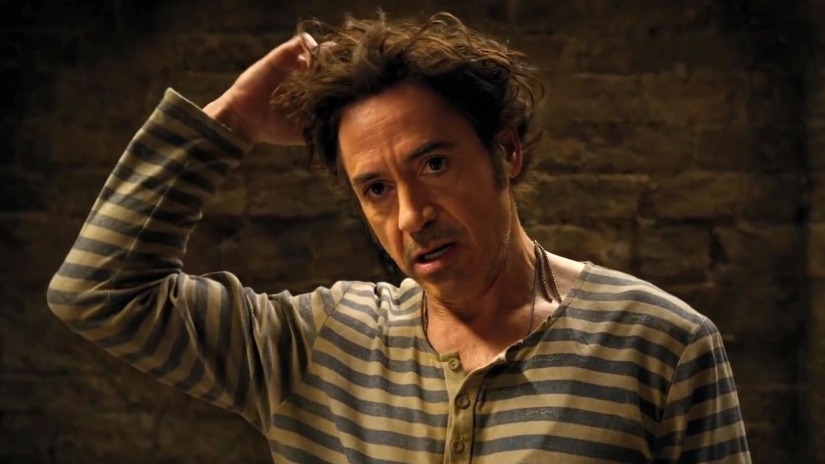 One of the aspects of the movie that really clicks is the banter between the animals. Rami Malek’s Gorilla, Kumail Nanjiani’s Ostrich, and John Cena’s Polar Bear are particular standouts and have some truly enjoyable moments together. The CGI isn’t as fine-tuned as the Lion King but nothing felt completely out of place or too fake. The adventure moves along at a pretty quick pace with no real-time for any exposition or explanation. In fact, sometimes they skip to the next scene after a quick mention of what they need to do next which I appreciated in a 100-minute movie. They try to cram a lot in but it all seems so inconsequential in the end. The two villains played by Antonio Banderas and Michael Sheen are just here to chew scenery and must have been on set a maximum of five days.

The movie culminates with a mystical cave protected by a dragon where the magical fruit is alleged to be hidden. Do we fight this dragon? Do we do anything interesting? Yes and No. Dolittle discovers that the dragon is sick with a stomachache because the dragon is constipated. He then in a PG manner pulls armor and weapons out of the dragon’s butt and gets farted on. This act of heroism earns him the fruit. I just want to be clear… this movie hinges on Robert Downey Jr. pulling items out of a dragon’s butt. My audience was dying laughing during this scene. 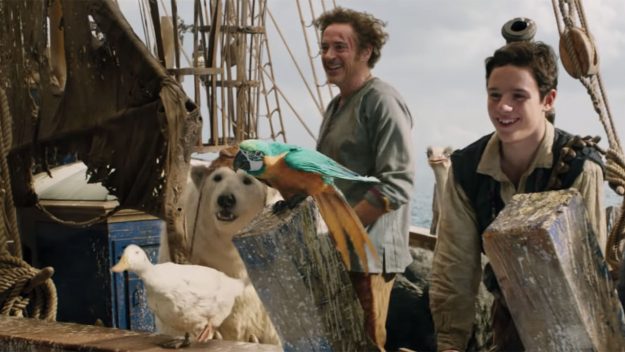 Like I said before, ‘Dolittle‘ is a fine two-hour escape for January but I don’t think you’ll be renting or owning it. Other than the dragon butt stuff you probably won’t remember much of it after leaving the theater either. To gauge the reaction of the target audience I asked my 6-year-old nephew (who I brought with me) what his favorite part of the movie was… His response, “When the gorilla kicked the tiger in the crotch.” Have a good week at the movies, everyone!