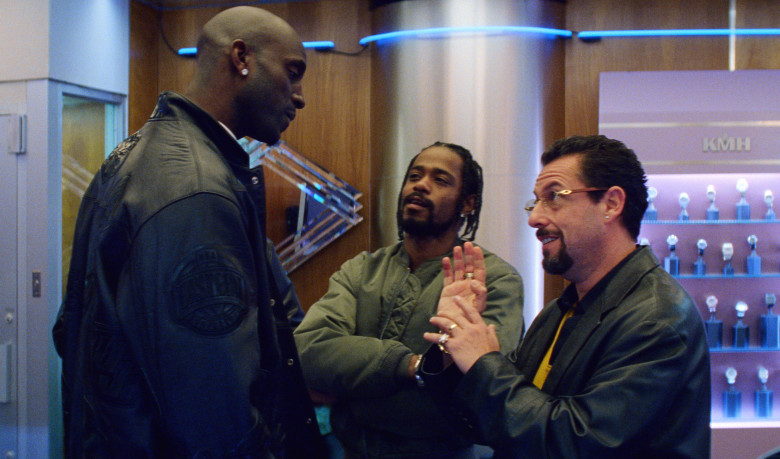 “Uncut Gems is one of the most intense movies I have ever seen and don’t get Adam Sandler another comedy special but rather, get this man the Oscar right now for his performance.”

A New York diamond district dealer with a severe gambling problem snowballs into a series of violent and suspenseful situations in the new Safdie brothers movie ‘Uncut Gems‘, starring a phenomenal Adam Sandler in a role like you’ve never seen him in before. Don’t get this man another comedy special, get this man the Oscar right now for his performance as Howard Ratner, the most irritating business owner in the world. This film is a surprise punch that might have the most intense sequences of the decade.

The Safdie brothers don’t make movies for families to enjoy on some happy-go-lucky level. That’s evident with their film Good Time. And even though Uncut Gems centers around a big family, it’s nothing but constant obnoxious yelling at one another, maniacal schemes to stay on top, and sweat-inducing characters who are constantly cursing at everyone and everything. It can be darkly funny and straight-up terrifying at times as the Safdie brothers weave this raving lunatic of a character through the dirty life of an addicted gambler and all the pros and cons that come with that way of living as we see in one scene where Adam Sandler is out on a normal night with his family watching his daughter perform in a school play, but then ends up naked in the trunk of a car. 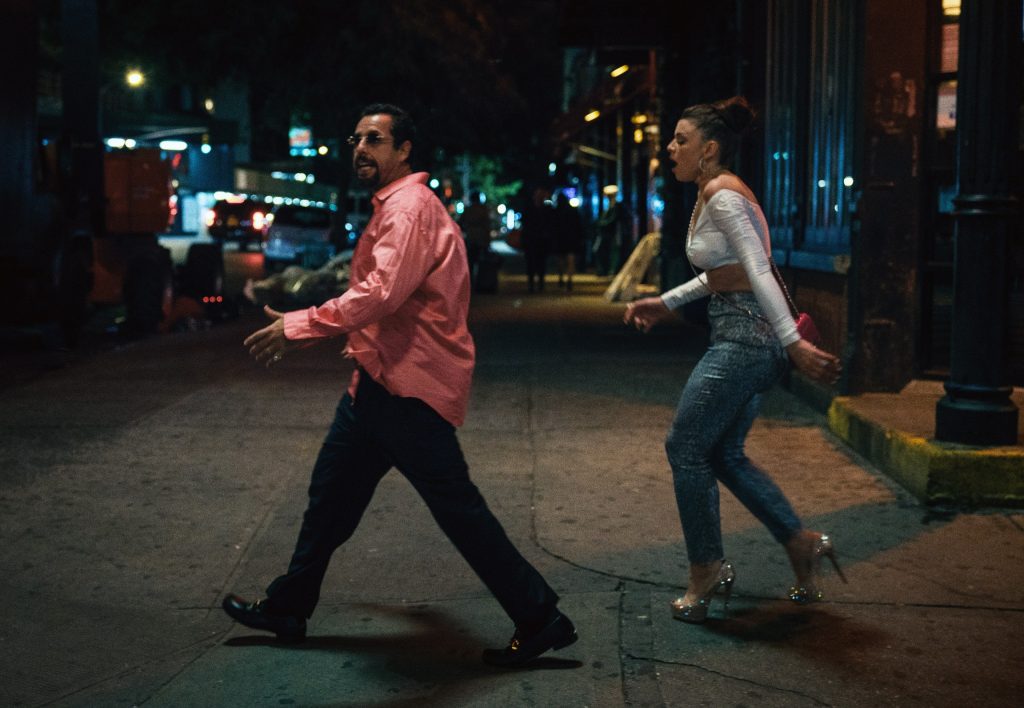 As we follow this charged up character Howard Ratner, he has come across a football-sized stone with many precious jewels attached to it. His shop deals with celebrities and athletes alike who are looking for anything covered in diamonds and other gems. One of his customers is Kevin Garnett, the star NBA player who immediately takes a liking to this new giant stone. Howard allows him to hold it for a couple of days to see if it brings him luck and if so, Howard stands to make a huge payday.

As the film plays out though, you’ll quickly see that nothing goes Howard’s way. In fact, nothing goes right for really any character in the film with Howard stuck in the middle of every situation as he screams through his problems, wheeling, and dealing, and even with his mistress and wife who has seemed to check out years ago. After one mishap after another takes place, you can’t help but want to grab Howard by the coat collar and shake him to stop while he’s ahead, but being an addicted gambler, he has other plans, which includes taking and stealing money from the wrong people. 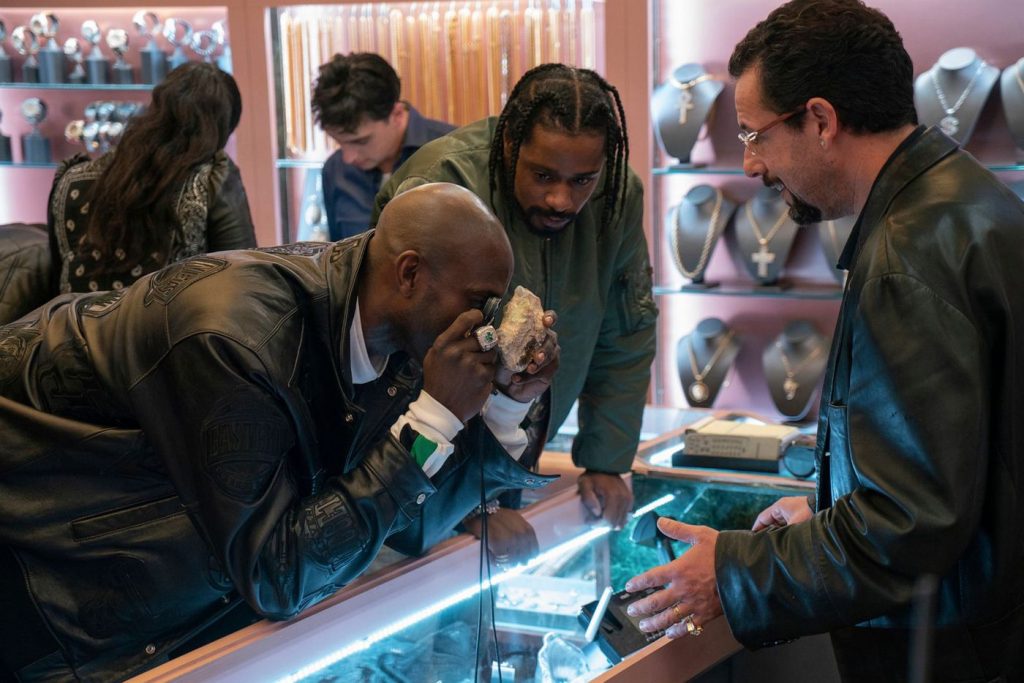 Deep down, Howard just wants to get ahead in life with one big win. He’s not the most likable guy, but you still root for him as his head is in the right place most of the time. And Adam Sandler plays this character with conviction and balances that line with dark comedy and violent rage as he tries to appease and talk his way out of every diabolical situation in his favor. I’ve never seen Sandler perform like this before, especially in a scene where he is talking up and inspiring Kevin Garnett at his desk. Where has Sandler been hiding this all these years?

Again, Uncut Gems is one of the most intense movies I have ever seen. It had me sitting on the edge of my seat, wiping my face dry of sweat consistently. It’s a wild experience with a spotlight on Sandler who delivers the performance of his career thus far.