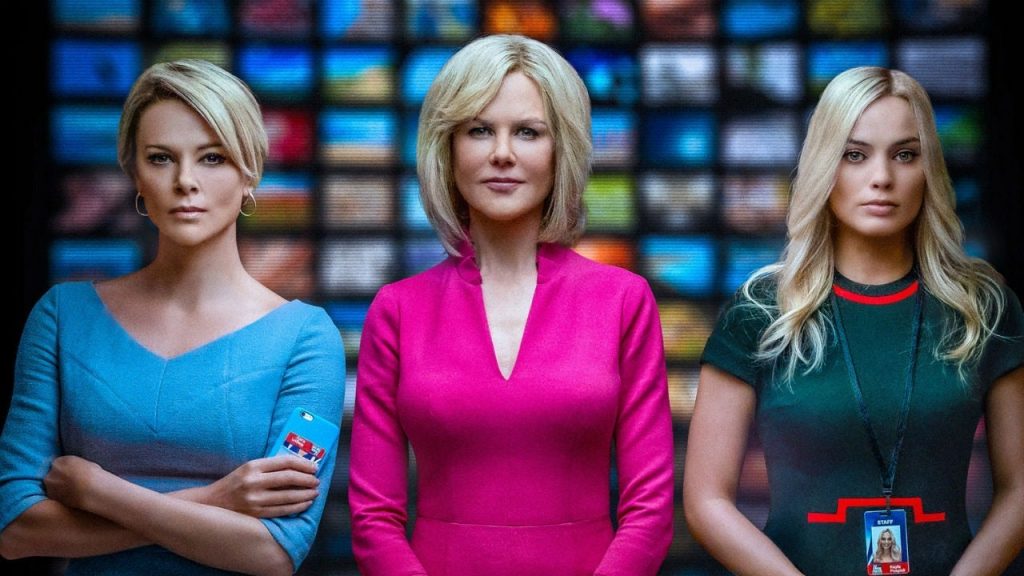 “I appreciate the message it sends of kickass women who continue to stick it to the man, but the film falls flat when it neglects to accent just how devastating a true bombshell moment can be. “

Just as the explosive revelation that the men at Fox News were creeping on the women there made a few waves and then fell flat, so does Bombshell, a movie based on harassment at America’s premiere conservative network. This is a star-studded cast and I was really hoping for a blockbuster film, but it just didn’t hold up as one of the year’s better films.

Jay Roach directs a gaggle of actors who don’t need a lot of assistance showcasing their talents. The film centers on a trio of women at Fox News, two based on real people and one fictional one. Nicole Kidman plays Gretchen Carlson who exposed the scandal, Charlize Theron takes on the role of Megyn Kelly and Margot Robbie plays a role reminiscent of Tomi Lohren but much more endearing, as Kayla Pospisil. John Lithgow is almost unrecognizable as Roger Ailes, if not for the unflattering physical characteristics, but for the disgusting persona he takes on. The star, in my opinion, is Kate McKinnon in a bit part who lights up the screen, and only proves that everything she touches turns to gold. 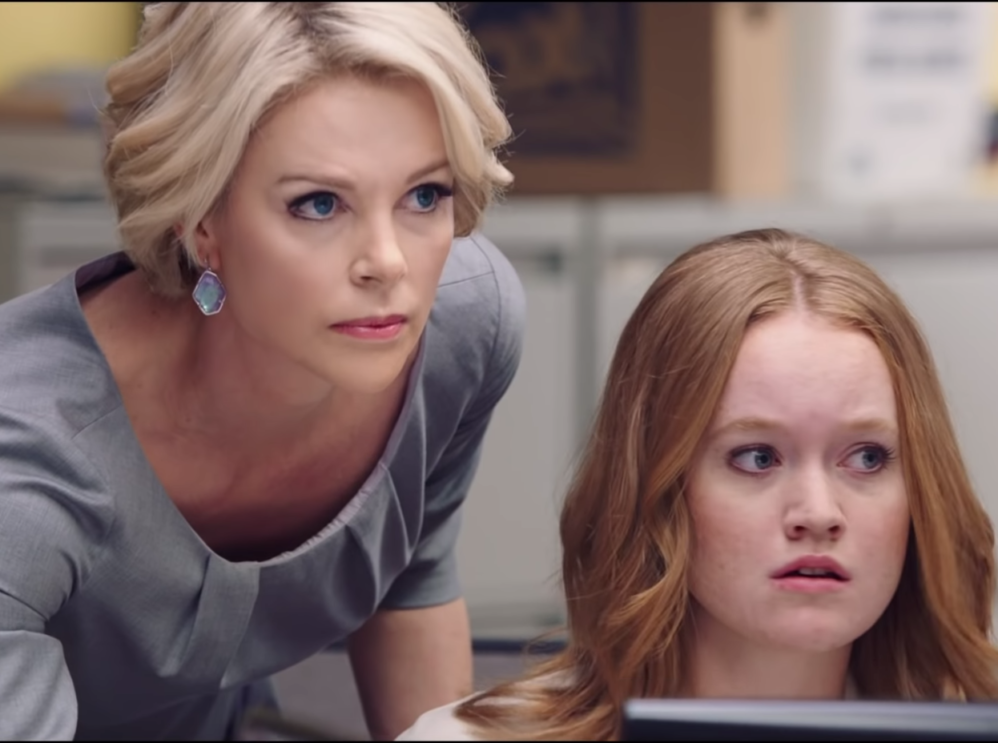 The story here isn’t a new one. Roger Ailes is a serial harasser of women at the network, using “loyalty” as a concept that, to him, means “you have to give a little head to get ahead,” among other things. The way women were treated at the network, as though they were shiny objects, only to be tossed away if they didn’t abide, if they stepped out of line, if they didn’t shine, or if their age began to show, is jarring. It’s not altogether surprising, but it is something that should make viewers stop and be appalled.

What’s missing here is the pause. The story is a good one. The cast is stellar. The actions of these men are atrocious and should not be glossed over with a catchy song and a voice-over. These real-life women (Carlson and Kelly) clearly suffered authentic setbacks, heartaches, trauma and vitriol among a bevy of other obstacles. While at times this film alludes to the hardships, it seems almost to make it look doable, easy, and effortless as they steel themselves time after time and rise. I appreciate the message it sends of kickass women who continue to stick it to the man, but the film falls flat when it neglects to accent just how devastating a true bombshell moment can be. Catch this one when it comes to streaming services.