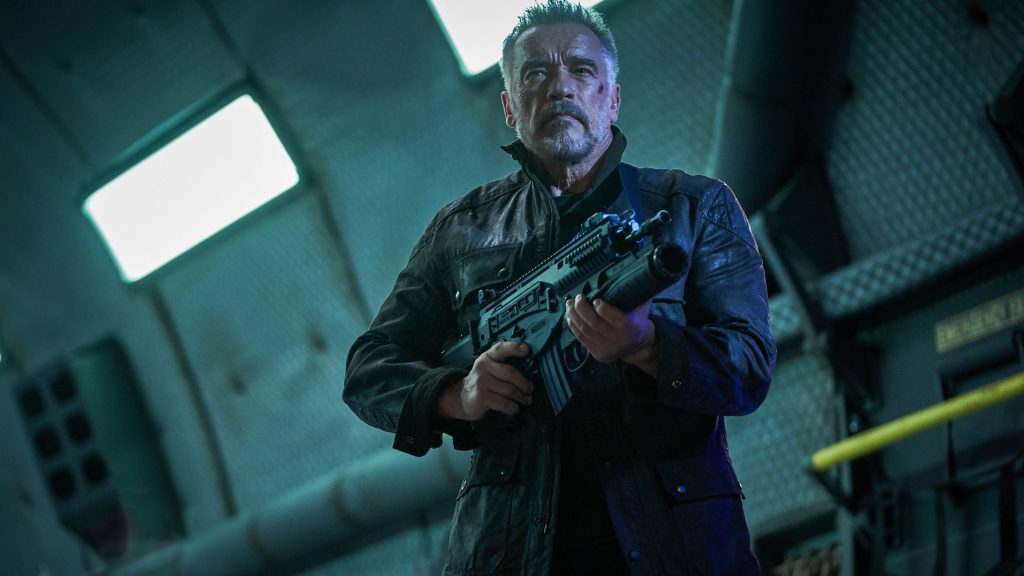 Terminator: Dark Fate picks up 2 decades after the events of T2: Judgment Day and proceeds as though the multiple sequels never occurred. I also like to pretend none of the sequels ever happened so this was a low bar for entry into this movie. The opening credits recap what was supposed to happen in 1997 using clips from T2 which was a very efficient way to get everyone in the audience on the same page. It reinforces the starting point of this movie, in T2 Sarah Connor won and the apocalypse caused by SkyNet never happened. Of course, humans are way too stupid in this World and the Terminator World… so despite SkyNet never existing in this timeline, something called Legion was created which is just an updated SkyNet and humans are still hunted by machines in the future. Luckily we shook off that 1997 technology and the machines have some really unique nanotechnology abilities this time around!

Dark Fate focuses on a new protagonist named Dani who one day finds herself being hunted by a Terminator known as a Rev-9 played by Gabriel Luna. Just as Dani is about to be killed a protector from the future named Grace (Mackenzie Davis) saves her and they go on the run from the Rev-9. Grace is a modified human who has been upgraded to have super strength, speed, and tracking systems but maintains her humanity. Along the way, they are rescued and work with Sarah Connor (Linda Hamilton) and eventually encounter a T-800 played again by Arnold Schwarzenegger. I won’t spoil the specifics of how Arnold is back in this movie since he died in T2 but I can assure you it leads to some of the best comedic moments of the movie. 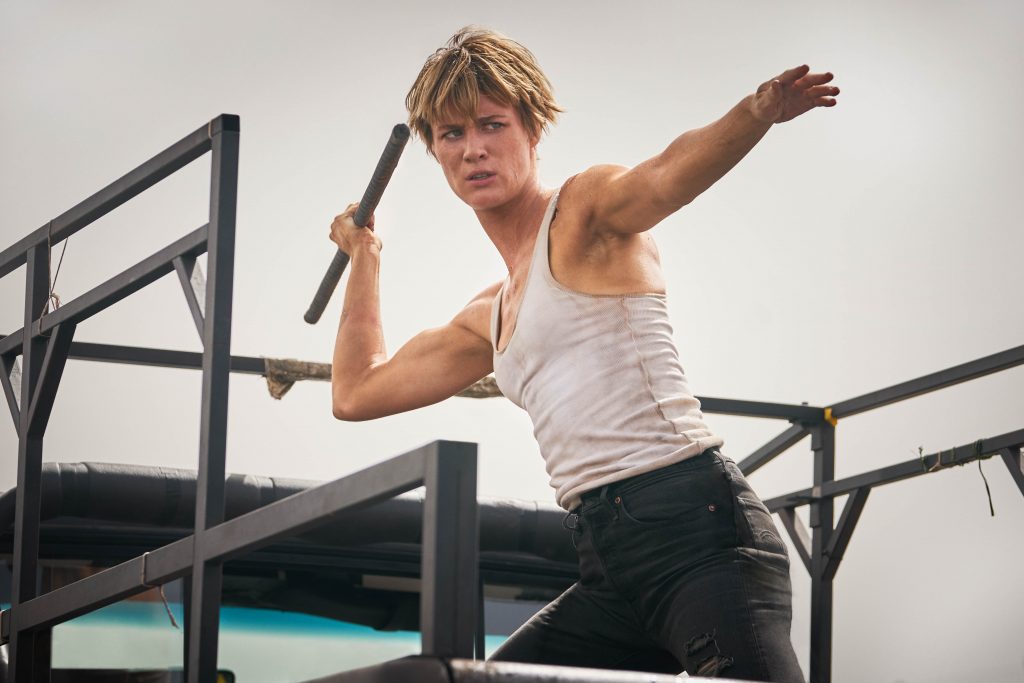 The bottom line is this movie is fun. No other way to really describe it. I had some rock bottom expectations based on the marketing and early reviews but I was thoroughly entertained for the full two hours. You have to turn your brain off a little bit to make it through 90% of the Sci-Fi movies coming out these days and this one is no different. The largest weakness in the entire movie is the plotting and story which focuses on being a kind of reboot of T1/T2 with none of the originality those movies had. However, there are more than enough solid action sequences filling the movie. Some of the ways that Director Tim Miller chose to frame the action really made the battles between these indestructible machines feel as real as possible. The special effects work was also some of the best I have seen this year.

It was a real blast to see Linda Hamilton reprise her role as Sarah Connor. She is angry, bitter, and a complete badass who has been hunting terminators for over twenty years. She provides a few of the coolest lines and has such a great dynamic with Arnold even after all of these years. Arnold is great in this role (as always) and with Tim Miller directing is allowed to be quite comedic in a few scenes which were a really nice surprise in a movie that sometimes had to take its story way too seriously. 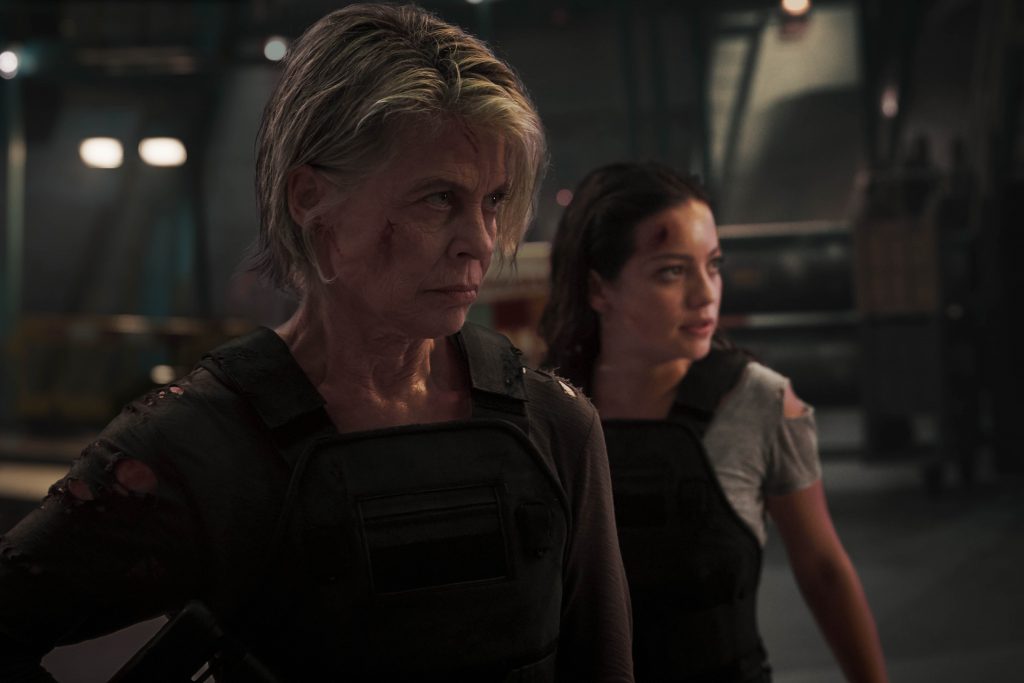 Ultimately, I think this was a fine movie to check out on a slow November weekend. I read the box office returns this morning before writing this and fear that we may never see another Terminator movie again which is a real shame because despite some story issues I think they were going in a much more entertaining direction with this iteration than previous entries into the franchise.