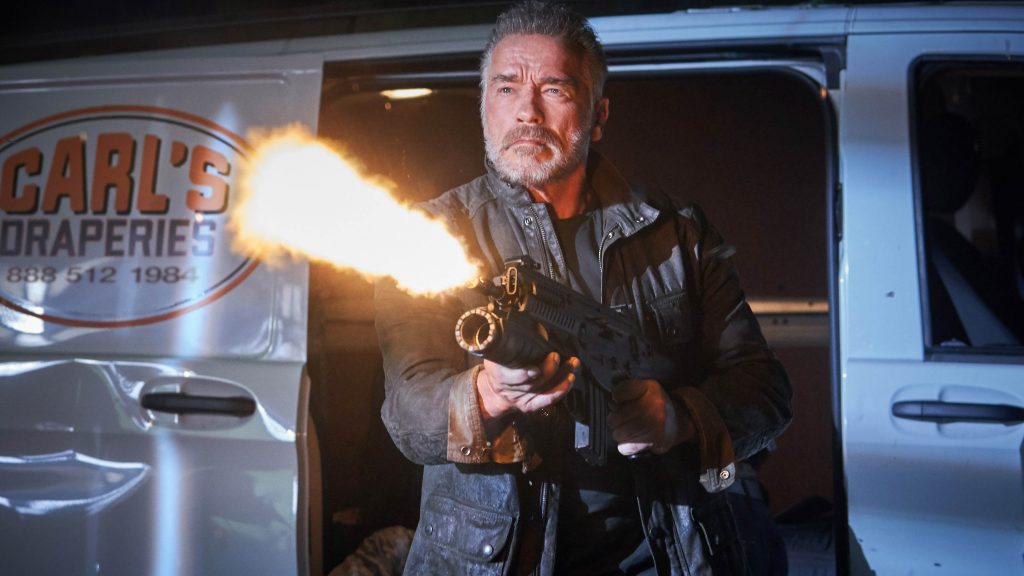 New and old terminators battle it out to save humankind once again in this heavy-handed homage to the original two films with Terminator: Dark Fate. There are a few elements to like in this big reunion in the Terminator universe, but silly winks and too many head-nods ultimately take you out of the moment, along with some fairly over-the-top action sequences that seem to belong inside a Fast and Furious movie. Even though Arnold Schwarzenegger is still solid gold in this character, perhaps the robot apocalypse was the best thing that could have happened.

James Cameron was back in the saddle as a producer this time around and had David Goyer (Blade, The Dark Knight) co-write the story with Tim Miller (Deadpool) sitting in the director’s chair. It seems like a great trio to tackle this worn-out franchise, right? Mix that with bringing back Arnold as the classic Terminator and Linda Hamilton as Sarah Conner and you have a winner. You would be dead-wrong about, because it seemed like everyone involved was only interested in fan-service and re-creating the exact same scenes from the first two movies, including a truck chase sequence on the highway, a big helicopter sequence, and even a climactic battle in an industrial setting. I’m surprised there wasn’t the thumbs up on fire gag too. That’s Terminator: Dark Fate in a nutshell. 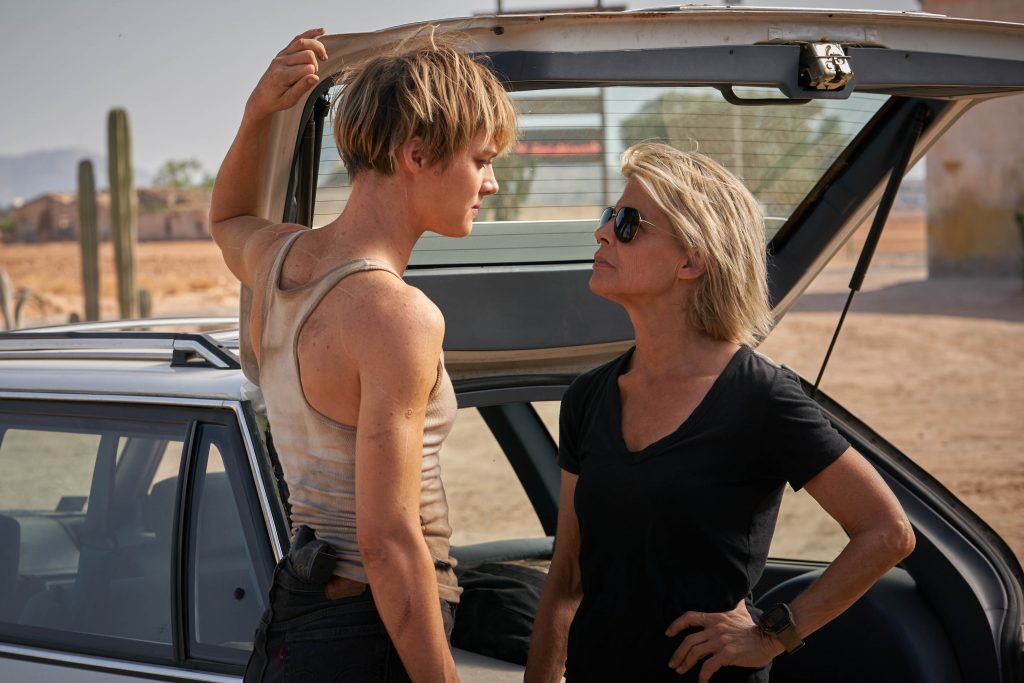 Throughout the past five films and even this sixth installment, we get small glimpses of this chaotic future where Terminators have taken over and are trying to kill the remaining few human survivors, known as the resistance. It’s a hell of a story and would be nice to see implemented into a full feature-length movie. Instead, we have yet again, two terminators, scratch that, three terminators sent back in time to present-day to either kill or save someone’s life. In this particular case, it’s a woman named Dani, who works and lives with her family in Mexico. After a morning start at the factory where she and her brother work, Terminators enter the fray, people die, and she is on the run, where she crosses paths with Sarah Conner and her new Terminator-pal (McKenzie Davis). Three femme-Fatales along with Arnold Schwarzenegger make their way to safety as they plot to take out a seemingly impossible-to-kill and newly improved Terminator.

It’s the same song and dance you’ve seen in every previous film in the franchise, specifically the first two films. It’s tiresome and less than thrilling. There are a couple of beats where the story has an appealing arc, such as the time travel aspect or even what Arnold has been doing for a few decades, but it’s only touched upon with a shoddy line of dialogue and never addressed again. It’s a shame too because this could have been the film we’ve been wanting since 1992. It isn’t though.

The action-sequences are so overextravagant that you can’t believe anything you’re watching on screen. It’s like watching a cartoon. Even in the Terminator II: Judgement Day, the fighting seemed realistic and had some sort of meaning and emotion behind it. Here, it’s a one-liner and a gun blast while the four protagonists are climbing on an exploded airplane, hurling down at the ground, but are able to secure a Hum-Vee in time and escape a tragic death. It’s more spectacle than substance and in the end, very unsatisfying.

Again, Arnold Schwarzenegger is excellent in his role, but I wish Linda Hamilton had more to go on here. She and the character deserve it. Terminator: Dark Fate has a couple of good things going for it, but is washed out with all the unnecessary hoopla, that makes the entire film feel lazy and only fascinated with how big an explosion can be. I think it’s safe to say this franchise can be left alone indefinitely unless the can go a brand new direction.