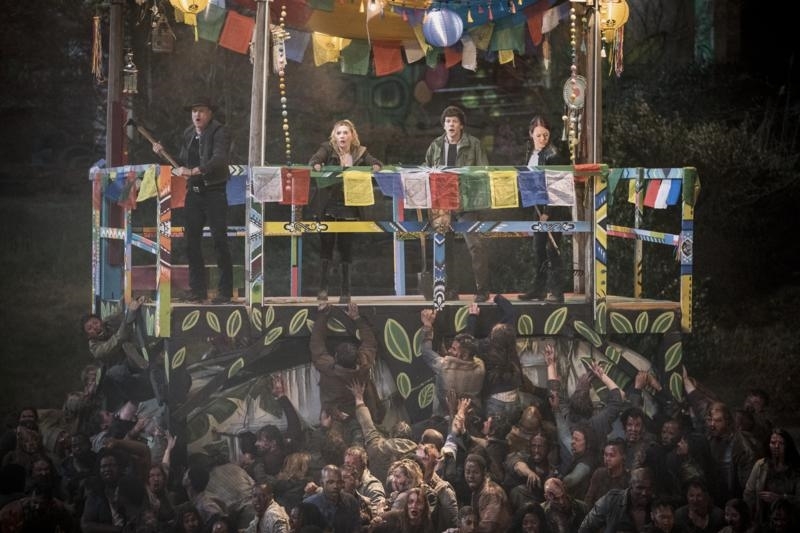 In the world of unnecessary sequels run amok, Zombieland: Double Tap proves that sometimes sequels are absolutely worth the wait. Set 10 years after the original movie, Zombieland: Double Tap quickly picks up where we left off with this makeshift family as they work together to survive a zombie apocalypse. Tallahassee (Woody Harrelson), Columbus (Jesse Eisenberg), Little Rock (Abigail Breslin) & Wichita (Emma Stone) all reprise their roles from the 2009 original with the same enthusiasm as they had the first time around. When the first movie came out most of the stars were not well known but after 10 years they’ve gone on to star in Oscar-nominated movies and even win Oscars themselves. Those 10 years in real life and in the Zombieland universe was the perfect amount of time for the writers and director to put together a sequel worthy of the original and maybe even superior to it in some way. This is easily one of the best comedies of 2019.

The movie is relatively straightforward in its premise. After 10 years on the move, the family settles in the White House for a period of time and starts to grow apart. Little Rock is now 18 and is tired of being treated like the baby by Tallahassee, who has taken on a father figure role in her life. Columbus and Wichita are hitting some bumps in their relationship as the routine of it all cause typical couple conflicts despite them being the only two people around that age we know about. When Little Rock and Columbus leave Tallahassee and Columbus in the middle of the night to get some space the guys stumble across Madison (Zoey Deutch) while “shopping” at an abandoned mall. Madison’s addition to the crew only complicates things when Wichita returns to inform the guys that Little Rock has left her for a guy named Berkley (Avan Jogia) who is a pacifist and refuses to carry a weapon. The family all decides to go find Little Rock for different reasons with Madison tagging along. 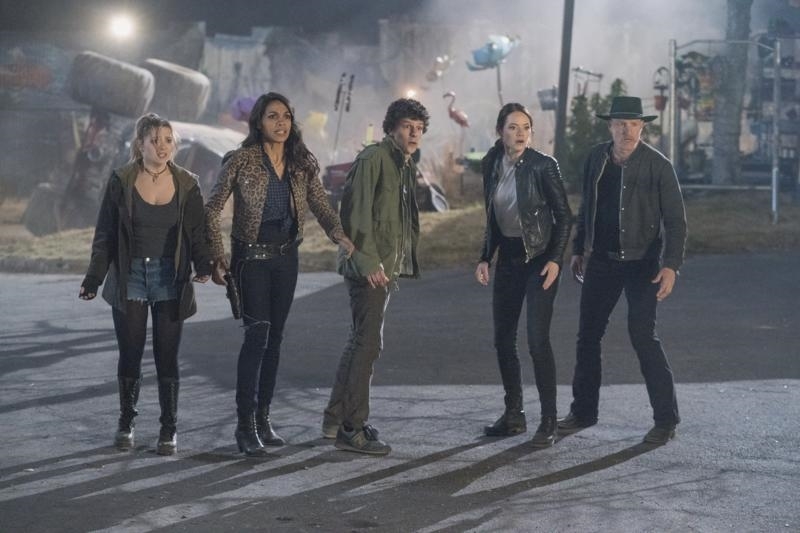 I think every advertisement for this movie has pointed out that this is from the writers of Deadpool and it certainly has that sense of humor running throughout. Woody Harrelson and Jesse Eisenberg in particular shine with their banter and assessment of situations. Emma Stone has an amazing Hollywood career but truly appeared to be having a blast in this role as she got to let loose in a way some of her more recent films haven’t allowed her to. Abigail Breslin felt a little shortchanged in the comedy aspect of the story but was still a useful member of the family. The biggest source of laughs in my screening was Zoey Deutch who was downright hilarious. She completely stole the show as Madison, the “dumb blonde”, who is stuck in 2009 when the apocalypse started and turns in easily the best performance of the movie.

After the movie, we had an opportunity to participate in a Q&A with Jesse Eisenberg and Director Reuben Fleischer who went out of their way to praise her performance and improv on set. Fleischer said that while the character was funny on the page it wasn’t until Zoey played the role with such commitment that they realized the bottomless potential for laughs. Eisenberg went on to talk about out Zoey is a serious dramatic actress who has all this training so she went into Madison as a real character who she embodied in the scenes. He even said during one scene her “dumb character” was supposed to cry and when they yelled “cut” she was genuinely wiping tears away because at that moment, though its played for laughs, Madison would have actually been said for no reason. So much of this Q&A focused on her performance and rightfully so, she was the breakout star of the movie. 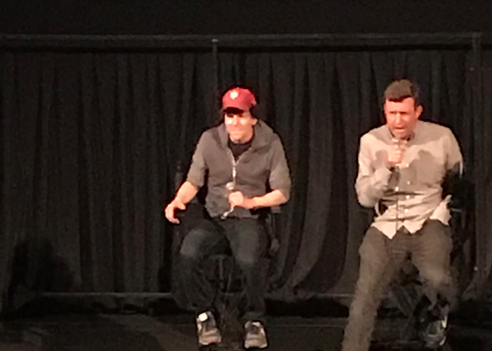 If you have seen the trailers for this movie then you know that Luke Wilson and Thomas Middleditch show up as doppelgangers for Woody and Jesse. The trailer only reveals very little of the comedy mined from their interactions but it was one of the highlights of the movie. During one of these interactions is the best action set piece in the movie which appears to be one long take moving around 3 different rooms with 7 characters all using weapons and fighting. During the Q&A they revealed that this was planned out very far in advance but is actually 7 unique shots that are stitched together on set that day to appear as one take and maintain the continuity.

The work that went into this action scene seemed very serious and on-screen it earned some of the biggest laughs. Fleischer was flexing his director muscles on this sequence and I think once everyone sees it we will be able to talk about it in greater detail. The other action was pretty solid too. The zombie kills were always slightly comical and perfectly disgusting which is a finer line to walk then I think they will get credit for. The talent to make zombie heads explode both satisfying, funny, and gross but not make the audience turn away is a talent… I don’t care what anyone says. 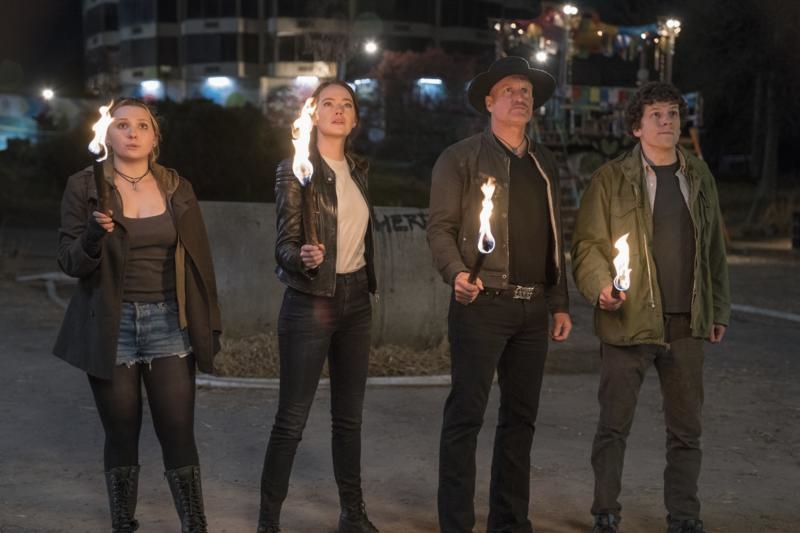 After the disappointment of Anchorman 2, Zoolander 2, and Dumb & Dumber Too I had some serious reservations going into this movie. I figured it would be entertaining but forgettable. Somehow the 10 years they spent away from developing the script, which the Q&A revealed went through several versions, allowed the cast and crew to create a movie that was worthy of being made. It has the same level of humor and action as the first while injecting enough new characters and thrills to make it superior in some ways to the original. Easily one of the (if not the) best comedies of the year it was completely worth the 10-year wait and absolutely worth heading to the theater to see this weekend!