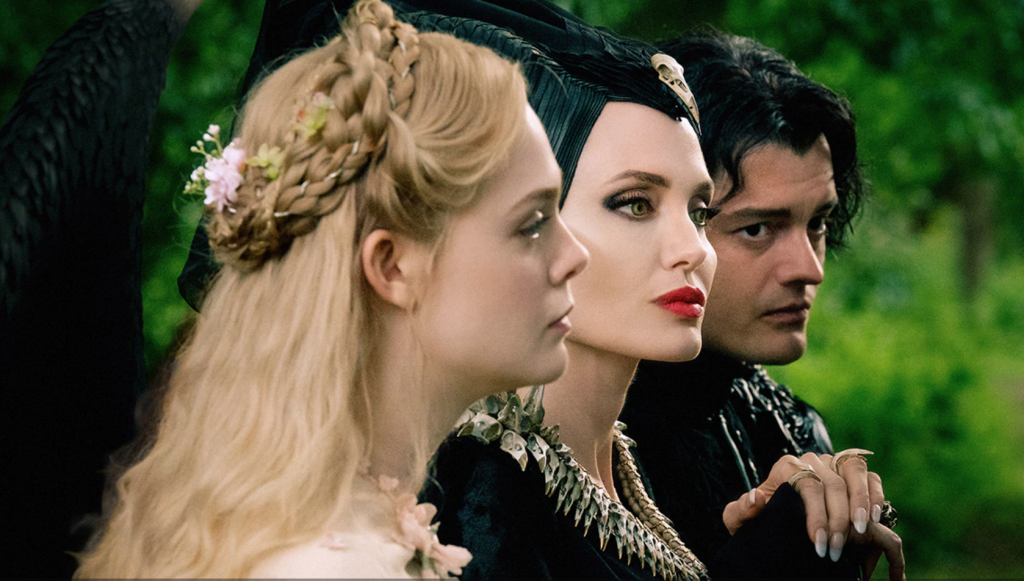 Truly once in a blue moon, a sequel surpasses its predecessor. One of my favorite examples of this is Aliens. Everyone else may say The Godfather Part II or Terminator II: Judgment Day and yes they would agree with me, too. With complete assurance, I now add Maleficent: Mistress of Evil to the list. Back in 2014, I screened Maleficent and was somewhat disappointed. Here is the link to that review in case you are curious: Janet White’s Maleficent Film Review 2014. Yes, the wickedly delightful Maleficent (Angelina Jolie) darns her horns once more to battle racism and evil once more. 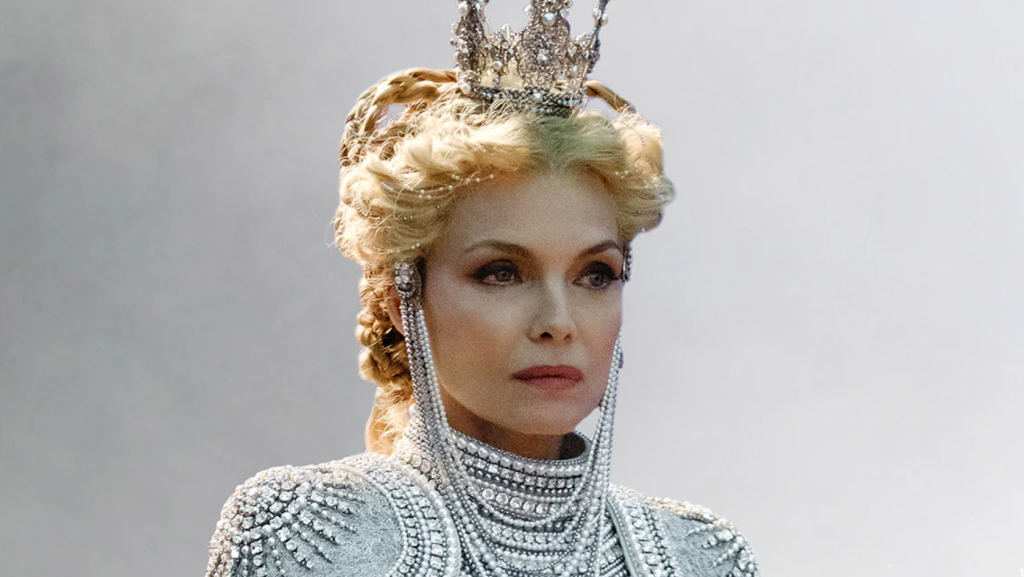 Jolie is more sincere as Maleficent than in the first. Her visage has been softened as well as her heart peaks out from beneath the weight of her wrath at injustice. The acting and script have also been improved. Do not misunderstand me; I admire Jolie’s storytelling ability. Many films, Gia; Lara Croft: Tomb Raider; Girl, Interrupted; etc., attest to her range is undeniable. With such a worthy adversary as Queen Ingrith played by the venerable Michelle Pfeiffer, Jolie is literally set ablaze.

No one can get under your skin like another woman. These two iconic actresses are explosive. Pfeiffer is no stranger to witty repartee from Grease 2, Scarface, Dangerous Minds, etc. However, this is the first time that I am not rooting for her (yes, I am a fan of her antihero villain, Catwoman in Batman Returns). Queen Ingrith is truly evil and Pfeiffer does it justice. Pfeiffer has the fiercest of the panther that her demeanor and appearance reflect. Coupled with the statuesque invincibility of Jolie, make Maleficent: Mistress of Evil (is the subtitle addressing Maleficent or Queen Ingrith?) the grudge match of the fantasy world. The other cast members are adequate to good. Aurora (Elle Fanning) definitely had more grit and earnestness than in the previous film. A nice surprise actor performance is Borra (the handsome Ed Skrein). 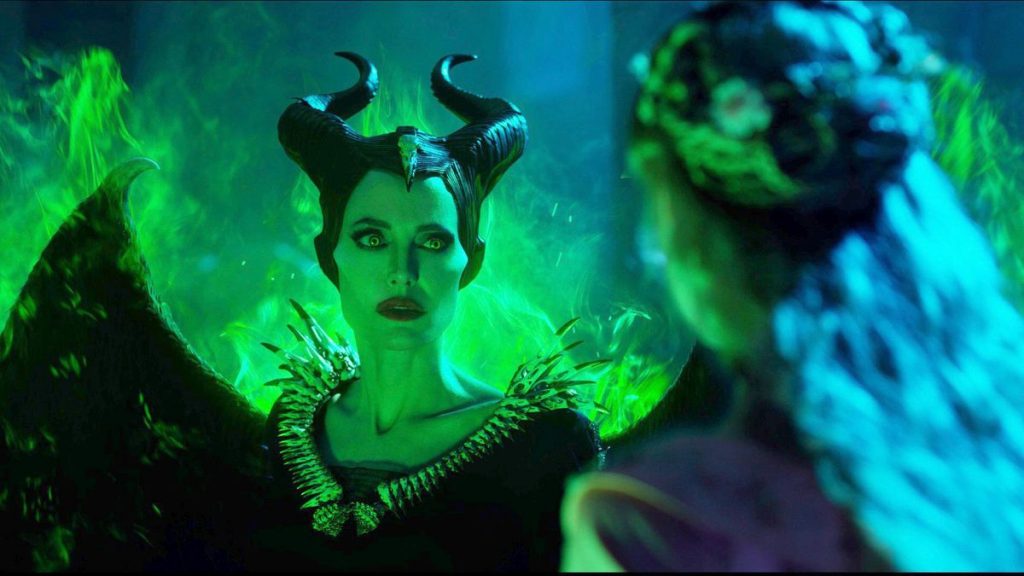 Maleficent: Mistress of Evil is a spectacular vision. Joachim Rønning, the director, produced a world as engaging as it is mystical. The sheer vastness of the Moors and the kingdom of King John and Queen Ingrith are vivid in color and ambient sound. Kudos to the special effects and the set design teams! At the opening sequence, the camera pans and spins throughout the lands and the Moors revealing bioluminescent fairies and foliage reminiscent of Avatar. Though some of the fight sequences seemed ill-conceived, the battle overall is appealing.

Maleficent: Mistress of Evil is somewhat predictable, and yet sports a few clever twists and turns. You will be mesmerized by the developments. Family and what true love remains as the central theme. True love between a mother and a daughter but even more beautiful still between beings of different races! In our world’s current climate, I hope this love can spread throughout our world, too!

MESMERIZING BEAUTY AND UNITY IN ONE!