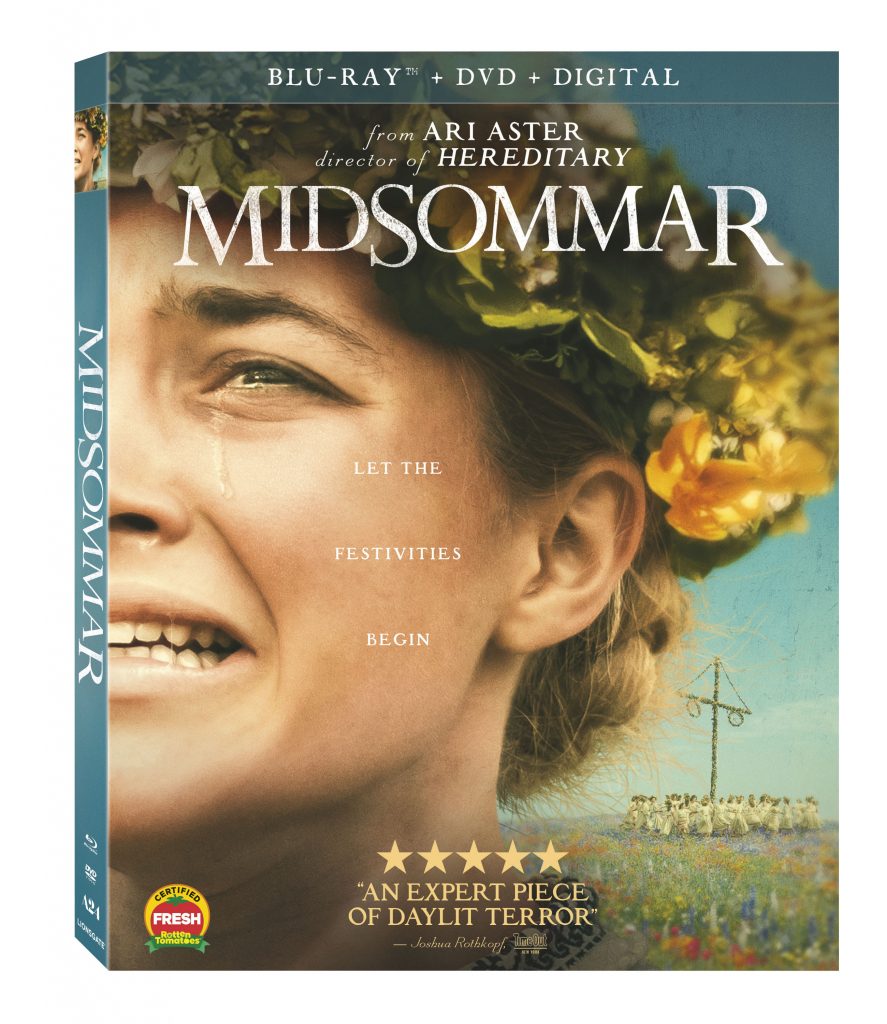 One of the best films of the year is coming to Blu-ray in time for Halloween. ‘Midsommar‘, directed by Ari Aster (Hereditary) will be coming to Blu-ray + DVD + Digital Copy on October 8th from Lionsgate. It will be available digitally and On-Demand a bit before that on September 24th. Unfortunately, this is a bare-bones release without the talked about 3-hour director’s cut of the movie. I guess they’re milking it for a future all-out release.

The only two bonus features here include a small featurette on the film and an already released promo. That’s pitiful too. This film deserves the Criterion treatment or at least a big bonus feature section with that director’s cut everyone seems to be talking about. That being said, I’m hearing the director’s cut is set to be released in a few theaters around the country. Let’s hope that’s the case.

Still, the release looks to come wit ha 1080p HD video presentation and a DTS-HD MA 5.1 audio mix. I sure hope there is a 4K cut of this because all the colors and gory makeup effects will look insanely good in 4K UHD. Official press release below.

After a family tragedy, a young American couple joins some friends at a midsummer festival in a remote Swedish village. What begins as a carefree summer holiday takes a sinister turn when the insular villagers invite their guests to partake in festivities that grow increasingly unnerving and viscerally disturbing. From the visionary mind of Ari Aster (Hereditary), comes this dread-soaked cinematic fairy tale where a world of darkness unfolds in broad daylight.