There are no other motion pictures out there quite like a Gaspar Noé film. The French filmmaker only has a few movies under his belt, but they have all made a significant impact on cinema in general, including the controversial films ‘Irreversible‘, ‘I Stand Alone‘, and ‘Enter The Void‘. Noé’s latest film, which I’m going to call his latest masterpiece, is called ‘Climax‘, and is a thrilling musical journey straight into hell.

‘Climax‘ is a very simple setup that follows a large group of impressive dancers on their last day of rehearsal before they go out on tour. They have been holed up in an abandoned school where they sleep, eat, and rehearse. On this last day, they have a party where the sangria bowl is spiked with LSD and we see everyone’s decent into madness and how they handle their trips and hallucinations. It’s that simple and clear cut. 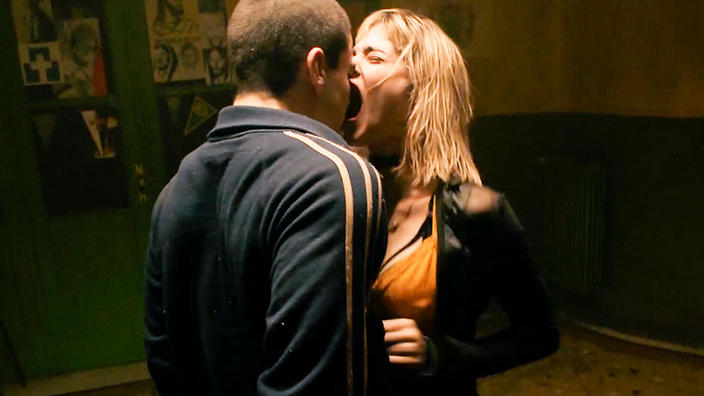 Noé is a brilliant filmmaker in how he sets up his characters while giving you a subtle glimpse of the chaos that’s about to happen. In the opening scene, we are treated to a few minutes of a television screen that has interviews and auditions of each of the dancers featured in the film who talk about why they want to come aboard this dance troupe. On the sides of this old television are stacked VHS movies and books, where you can clearly read titles like ‘Suspiria‘, ‘Zombi‘, and ‘Salo: 120 Days of Sodom‘. That’s an excellent pre-cursor of what’s to come in the following 90 minutes, which if you know anything about those films, you know you can expect something horrific.

Another excellent decision Noé made here was hiring actual dancers to play actors in his movie and not the other way around. The only recognizable person here is Sofia Boutella (The Mummy), who plays the lead dancer of the troupe Selva, but in real life is also a dancer. By doing this, we see the raw and unhinged talent of these dancers, making it seem more realistic and not some Hollywood movie with actors in it. 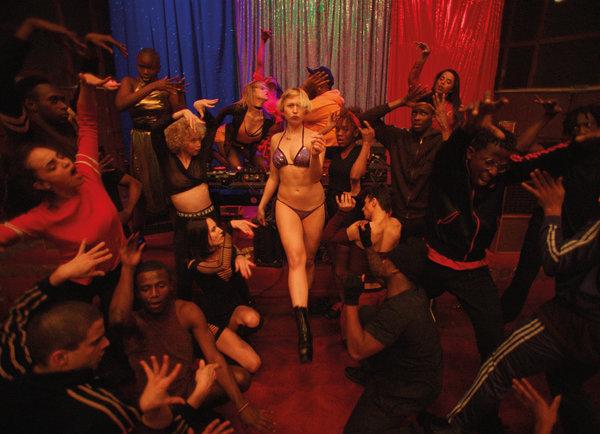 Another aspect Noé uses in his movies, which he implores here as well is the use of long tracking shots that go on for minutes on end uninterrupted that gives us no escape to the nightmare that is unfolding on screen. This is most likely Noé’s nod to Stanley Kubrick as we follow each dancer’s quick spiral into their own madness as they pass by one another in the halls of this school, where it’s not unlikely to see violence, people’s heads being set on fire, rough sex, and some dancers contorting their bodies to the point of their bones hardly breaking. It’s all terrifying to see on screen as Noé personally uses his camera to makes us feel like we are in on this bad LSD trip an d that we are in a literal sense of hell. It’s unbelievably good.

The music and dance numbers in the film are fantastic as well that mixes a techno pop beat with music from Daft Punk, Rolling Stones, Soft Cell, and more, where it seems the music never stops. The choreography, especially the big dance number at the start of the movie might be one of the best scenes in movies this year, as there are no film edits or cuts, but rather one lone improvising shot of these dancers at their best. The performances by all of the non-actors along with Sofia Boutella are realistic believable as they show their struggles and ultimate consumption under LSD. 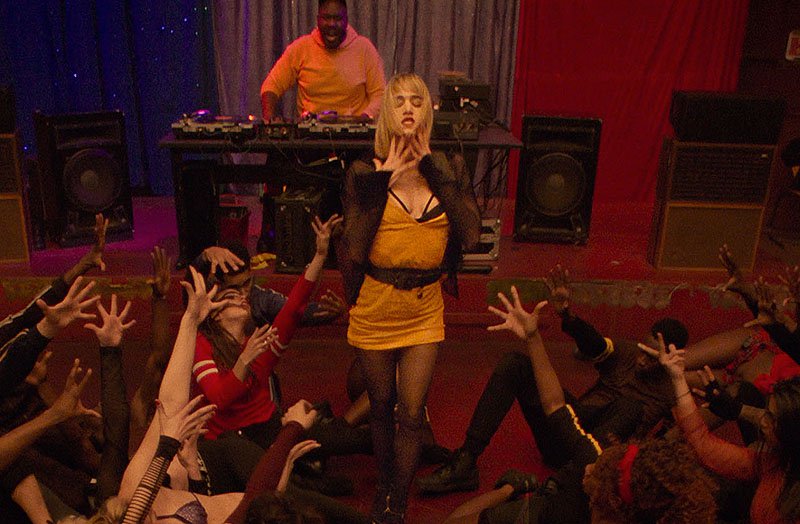 ‘Climax‘ is one of Gaspar Noé’s best films to date will be at the top of my list of the year and decade for sure. There isn’t another movie like this out there that shows a ton of horrific beauty and talent from everyone involved. This is one of those films that I’ll be watching for many years to come and recommending to everyone I meet and know.