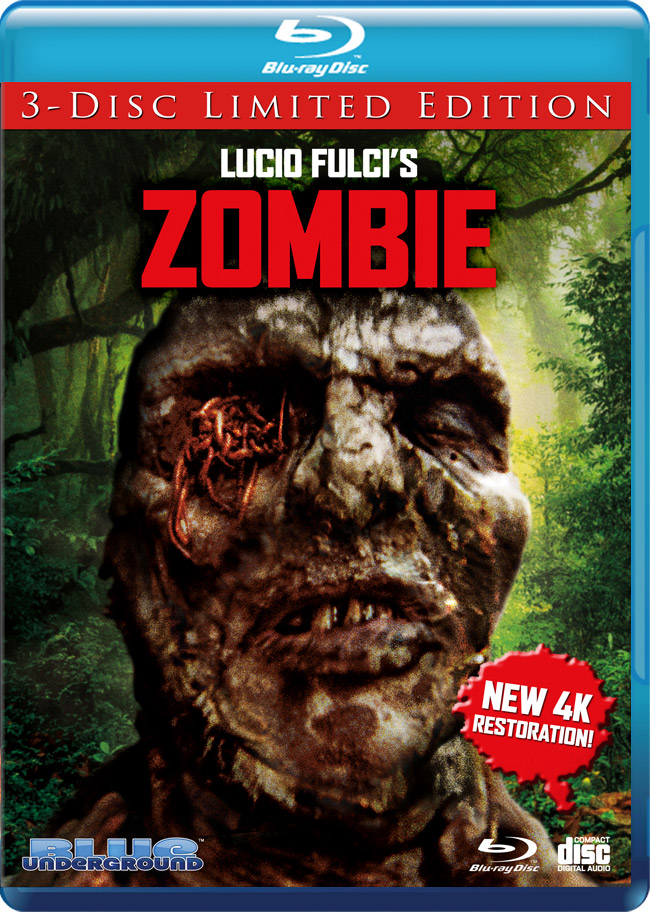 Right after George Romero made his opus ‘Dawn of the Dead’ in 1978, the Italians wanted to make a sequel to it. Since Dario Argento (an Italian filmmaker) edited the original ‘Dawn of the Dead‘, they took the liberty to make a sequel with first time director Lucio Fulci and call it ‘Zombi‘ or ‘Zombi 2‘ depending on what part of the world you’re in. The result was nothing short of spectacular and has become one of the most beloved zombie movies ever made. The atmosphere, practical makeup effects, and story are incredible.

Basically, a yacht shows up at the New York City port and when investigated, there is a zombie or two on board. Four people try to put the pieces together and figure out this yacht came from a small Caribbean island, which is where these four people journey out there in search of what happened. Once they arrive, a ton of zombie hordes attack and they must try and survive and get back to NYC. With tons of excellent visual effects, iconic scenes, and deaths – ‘Zombi’ stands out from the rest of the genre. Luckily, Blue Underground has released a 3 Disc set on Blu-ray, complete with soundtrack on CD in this limited edition.