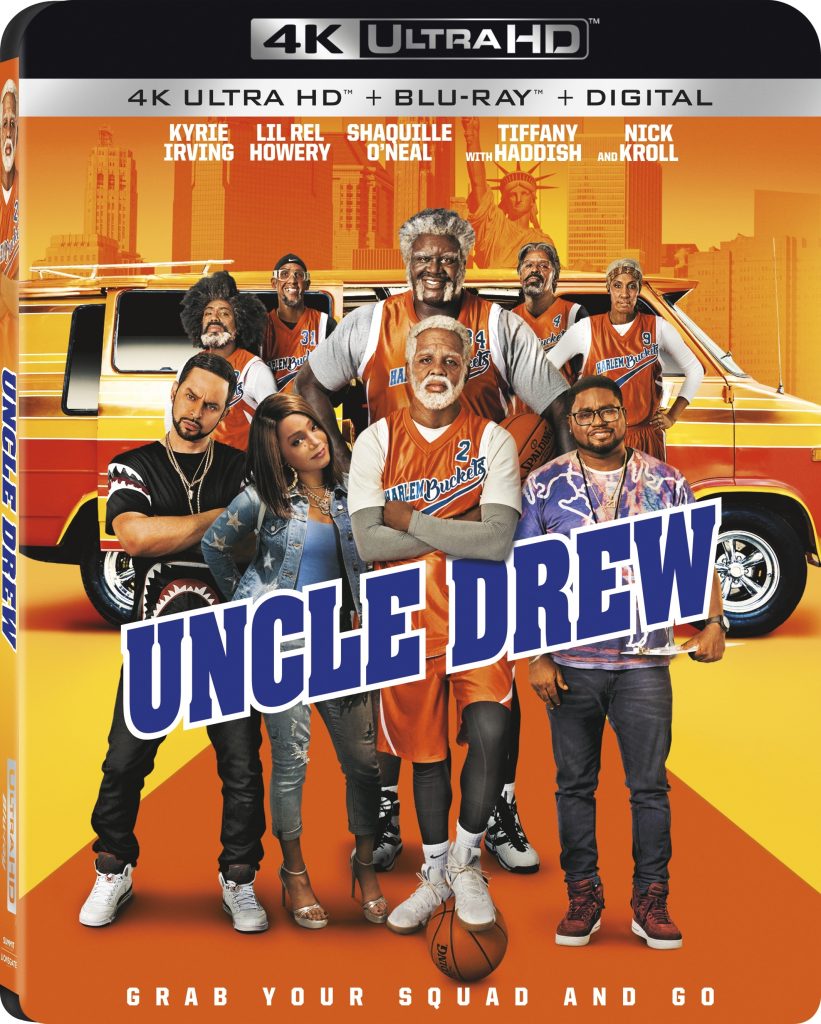 With a quick glance at the poster or film, you’d think this is just another one of the 100s of Tyler Perry films where someone dresses up as an elderly person and comedy ensues. That’s not the case with ‘Uncle Drew‘ though. Shock and awe for sure. If you’re unfamiliar with ‘Uncle Drew’, this idea came from a Pepsi commercial where a big basketball star dressed like an old man and show up the young kids on the court.

The creator of the “Whuzzzz-uppppp” Budweiser commercials directed this film and stars a ton of NBA players as older guys in makeup along with some comedic actors who try and win a basketball tournament in Harlem. There are some endearing moments of these older friends coming together again to play the game they love along with some comedy. I was actually impressed by the film even though the story has been done many times before. Definitely recommended! The video and audio presentations are both good and the extras are worth your time here.

After Dax (Lil Rel Howery) loses his streetball team to his archrival (Nick Kroll), he’s desperate for a way to enter the upcoming tournament and win the cash prize. Dax stumbles upon the man, the myth, the legend Uncle Drew (NBA All-Star Kyrie Irving), and draws up a crazy game plan: convince Drew and his old squad (Shaquille O’Neal, Chris Webber, Reggie Miller, Nate Robinson, and Lisa Leslie) to hit the court one more time and prove that septuagenarians can still win the big one!