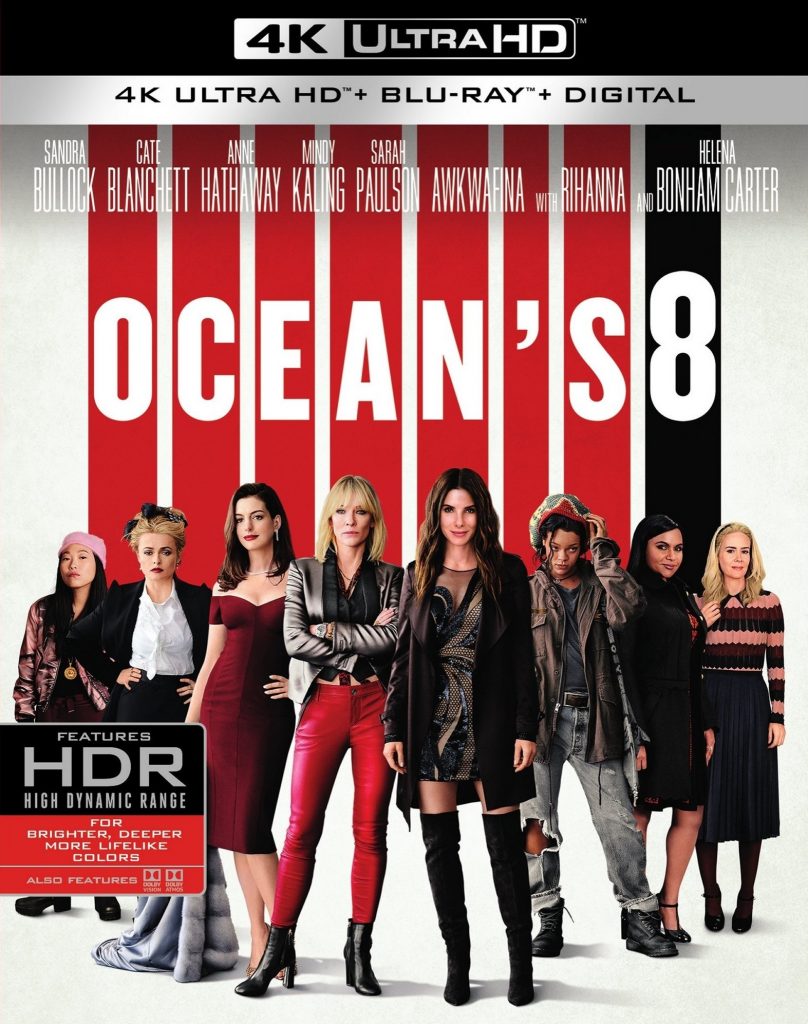 At some point recently, Hollywood decided to start remaking movies that came out not too long ago with all-female casts for the sake of just being all-female casts. It never goes over well, at least thus far. The most recent terrible remake was ‘Ocean’s 8‘, a remake of the ‘Ocean‘ trilogy that starred George Clooney, Brad Pitt, and Matt Damon amongst others.

There was no reason for this remake and was basically the same exact story, setup, and execution as the original film. It’s not a good film and makes no sense for this to exist. There are differing opinions of course, which you can read here, but for me – this is not a movie you will enjoy or watch. If you are interested, give it a free rent on Netflix or such. The 4K UHD video and audio presentations are both good, but the bonus features are just okay at best.

The target is $150 million in diamonds—diamonds that will adorn the neck of world-famous actress Daphne Kluger (Anne Hathaway), who will be center stage at the event of the year, the Met Gala. Their plan appears rock solid, but it will need to be flawless if the team is to get in, and get away—all in plain sight.