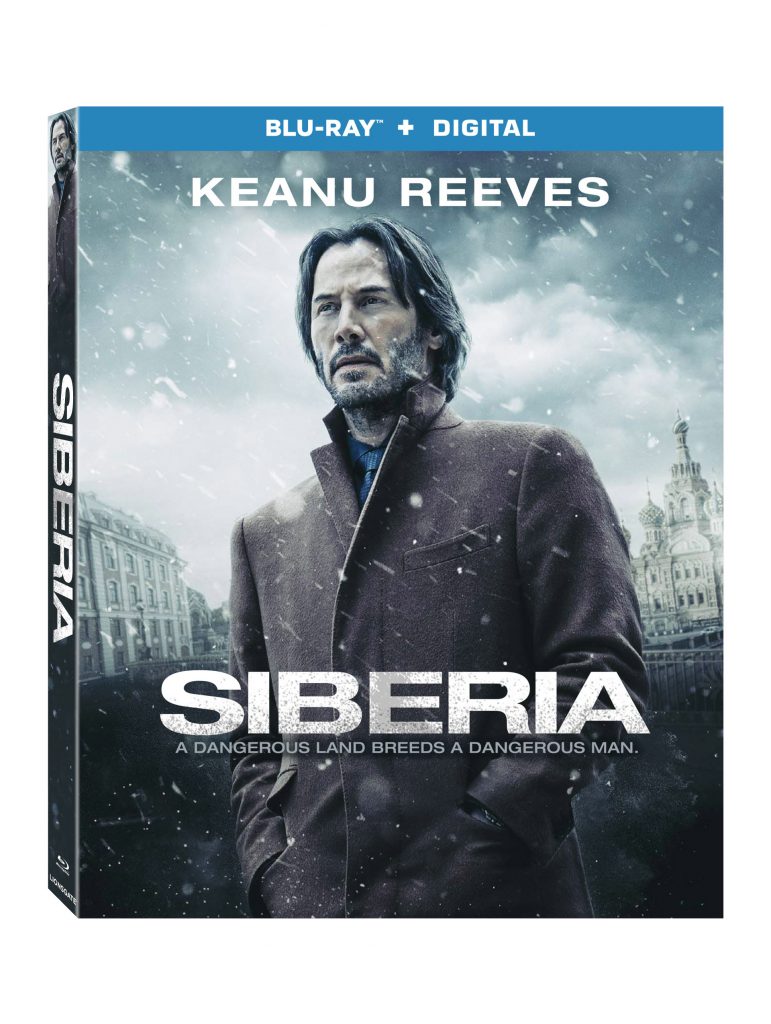 Keanu Reeves is one of the most fun and best actors around. We all love him in a variety of films and we can’t wait until the next installments of ‘John Wick‘ and ‘Bill and Ted‘. In between these films, it’s really hit or miss with the movies Keanu chooses, but one thing is and will always be true – Keanu Reeves is a badass and a great actor. So ‘Siberia‘ is his most recent film that probably took a couple of weeks to shoot and I’ll compare it to Leo DiCaprio’s ‘Blood Diamond’ movie because it has Keanu Reeves in the diamond business under shady and dangerous conditions.

That’s all well and good, but the film doesn’t follow this story a whole lot but rather plays out like a soft-core porn film that can be seen on Cinemax or Showtime Late-Night. Yes, there is a lot of sex in this movie for no real reason. Don’t let the Blu-ray cover art full you – it doesn’t do the movie justice, but if you check out the actual movie poster, then it makes a bit more sense. The romance is a bit of an affair with some Russian chick, as Keanu’s character tries to keep in touch with his state-side piece (MOLLY FREAKING RINGWALD) out of nowhere.

However, Keanu and the cafe Russian chick do some chaotic diamond dealings and make love throughout the film. It doesn’t really go anywhere and is tonally all over the place. It’s not particularly a good movie, but if you like Keanu Reeves – you must rent it. The 1080p video presentation is good and the DTS-HD 5.1 mix is great. There is only one bonus feature on the disc, which is a promo fluff EPK short.

Keanu Reeves delivers the action in this thriller packed with pulse-pounding suspense. In Russia to sell rare jewels to a businessman with underworld connections, U.S. diamond merchant Lucas Hill (Reeves) falls into a torrid affair with Katya (Ana Ularu), a local café owner. When the deal suddenly goes south, Lucas and Katya are caught in a deadly crossfire between the buyer and Russian agents, as Lucas takes up arms in a furious fight to save Katya and himself.