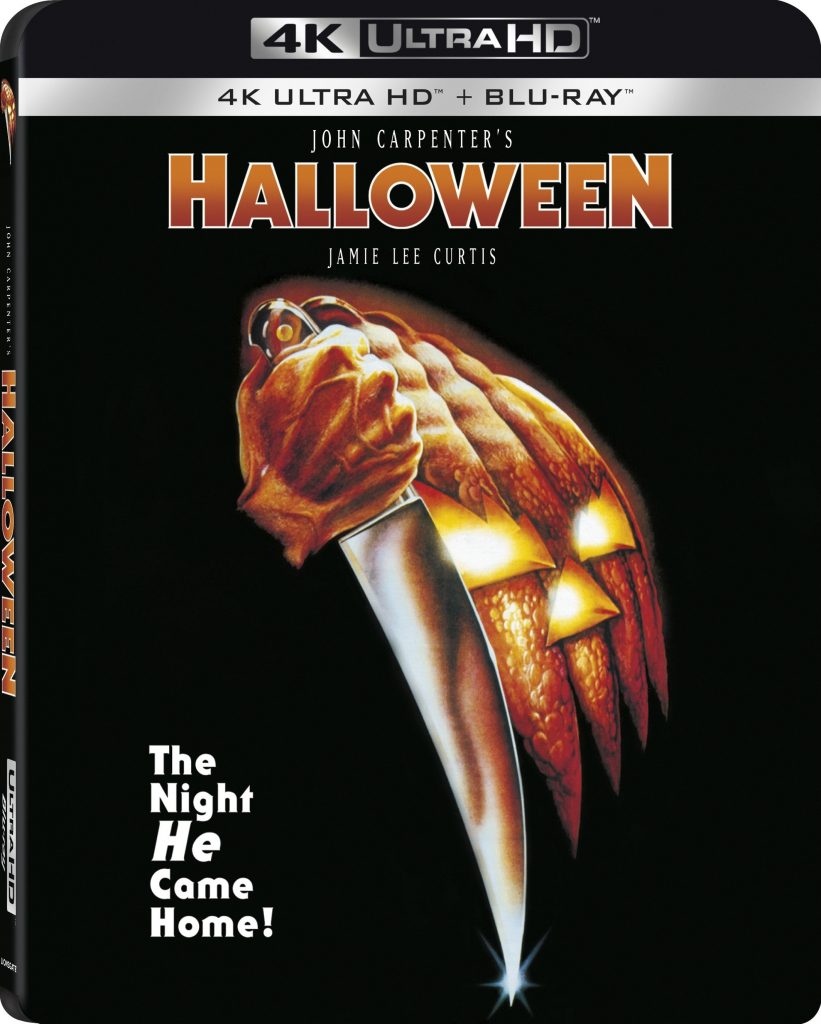 John Carpenter’s original ‘Halloween‘ film is iconic, classic, amazing, scary, and still holds up to this day. It paved the way for modern horror movies and slashers and spawned numerous sequels. This film has been released dozens of times over the years on various formats, but this is the first time in 4K UHD with Dolby Vision, which is an upgrade, to say the least. If you’re unfamiliar with the story of the movie, this is a slow burn of a masked killer with supernatural abilities and demonic forces who stalks and kills his victims, most of them high-school students. He’s the one in the dark corners, behind walls, and hidden in the bushes waiting to pounce and brutally kill you.

This masked killer has focused his sights on a high-school girl named Laurie Strode (Jamie Lee Curtis) on Halloween night. Some 40 years later, this film still manages to keep the scares and entertain all audiences. The new 4K UHD transfer with Dolby Vision is much better than previous releases and has a darker image and the correct color timing. Things you’ve never seen before show up finally here in the background. The audio comes with a 7.1 mix and a digitized mono track, which is a sore subject with some fans since this does NOT include the original lossless Mono mix. Still, the audio track is worth your time for sure, especially in the surrounding environments. There are no new extras here, however, there are some great bonus features from a previous release included. This does NOT include a digital copy of the movie, which is very sad. Still, all this being said, this worth your time and money.

On a black and unholy Halloween night years ago, little Michael Myers brutally slaughtered his sister in cold blood. But for the last fifteen years, town residents have rested easy, knowing that he was safely locked away in a mental hospital — until tonight. Tonight, Michael returns to the same quiet neighborhood to relive his grisly murder again…and again…and again. For this is a night of evil. Tonight is Halloween!