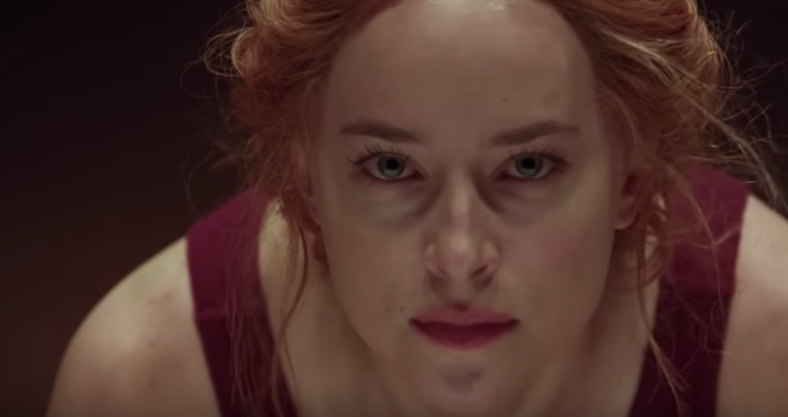 Fantastic Fest’s Secret Screening this year was the remake of Suspiria starring Dakota Johnson and Tilda Swinton. Everyone in the theater loved it and the buzz in the Drafthouse afterward was fever pitch. Every review I have seen so far has praised it up and down. Unfortunately, this is not going to be one of those reviews. I recently rewatched the original Suspiria because to say this movie is very hyped in the horror community would be an understatement so I was prepared to see it next month. As the festival got closer and Suspiria wasn’t announced as an opening or closing film it slowly became the odds-on favorite for the secret screening. As I sat down to watch, I was truly excited.

The general plot of Suspiria is that Suzy, an American ballerina, enrolls in a Berlin dance academy which is actually a front for a coven of witches. Dakota Johnson plays Suzy and is a revelation in the part since my big dumb brain still associates her with her lifeless performance in 50 Shades of Grey. Tilda Swinton (as usual) puts in some great work as Madame Blanc as just caring enough yet always with an ominous undercurrent to all of her lines. Swinton also dons a ton of makeup to play a Doctor who becomes interested in the coven after one of the academy’s dance members tells him of the evil there before she disappears. 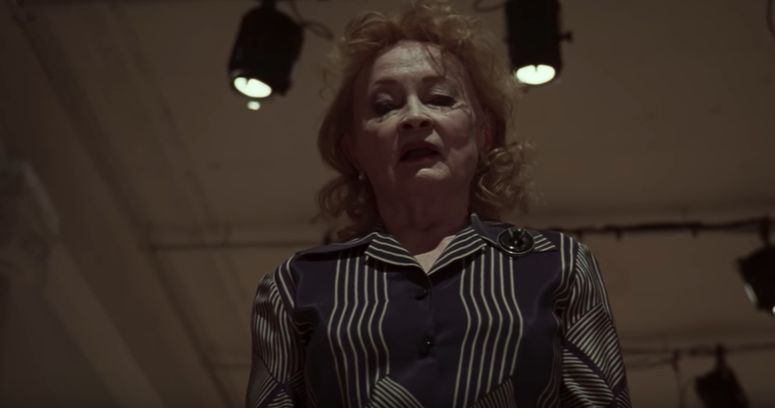 The original Suspiria’s imagery and sound was much more terrifying than this remake. There are some images that are certainly disturbing but nothing that stayed with me the way some images from the original did. Maybe it was also the fact that I had spent 3 days watching movies like Suspiria that I had become desensitized to the horrors of this remake. That isn’t to say the movie is bad, it’s just to say it didn’t stick with me the same way the original did on rewatch a few weeks ago.

The set pieces are brilliantly crafted though. The dance numbers are shot in a manner that always feels far more dangerous than a ballet performance should. An early scene that is glimpsed in trailers where Suzy’s movements in the studio are contorting a young dancer’s body elsewhere in the studio is shot and edited flawlessly. The climax is as bloody and insane as you would expect but still left me wanting something more.

I don’t know what was missing from the movie for me. I think it was a very well done film that everyone else seems to love unconditionally. I found it to be creepy and do a lot of little things really well but in the end, all those little things didn’t add up to me thinking about the movie more than 10 minutes after it ended last night.