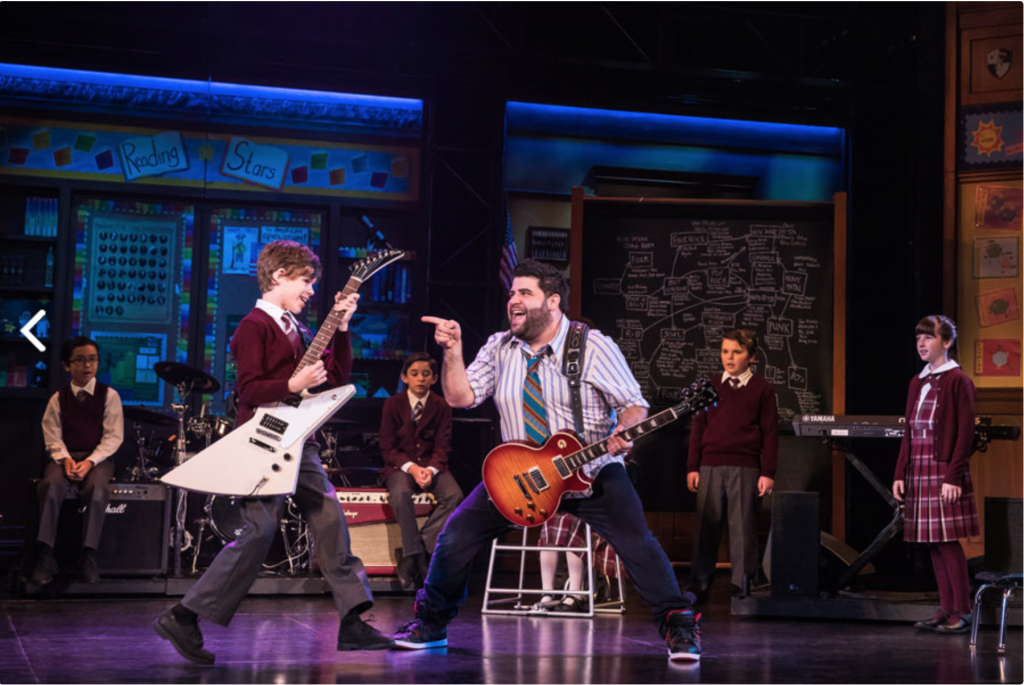 From the great musical maestro, Andrew Lloyd Webber comes new music to rock you out of your seat. Dallas Summer Musicals presents School of Rock the Musical, based on the film of the same name. Jack Black made you laugh to your core in the lead role, Dewey. Dewey (Rob Colletti) wants nothing more than to become a rock star. He is a leech seemingly stuck permanently to his best friend, Ned’s (Matt Bittner), backside. Much to the dismay of Ned’s girlfriend, Patty (Emily Borromeo), who wants Dewey to grow up and contribute to the household. Faced with the threat of eviction, Dewey assumes Ned’s identity as a substitute teacher for the elite, posh Horace Green Preparatory School. Wackiness ensues and so does your good time!

School of Rock the Musical has a multi-talented cast as the pre-show announcement informed the audience that the actors actually play their instruments! Colletti bursts onto the stage the incarnation of Black’s screen performance (truly had to do a double take to make sure it was not Black). Lexie Dorsett Sharp portrays Rosalie, the Horace Green headmistress, and this woman can blow! Her voice is both powerful and nimble as she pays homage to Stevie Nicks. It must be said that the children of School of Rock the Musical steal the show immediate following entrance. Zack (Vincent Molden) on the lead guitar, Katie (Theodora Silverman) on the Bass, Freddy (Gilbert Moretti-Hamilton) on the drums, and Tomika (Grier Burke) with the voice of an angel, in particular, wowed the audience with this presence and skills. In addition, Iara Nemirovsky is feisty as Summer Hathaway. She had me saying, “Yes, Drill Sergeant!” School of Rock the Musical must be a fun time for them. Their infectious joy jumps off the stage and into your heart. Thoroughly enjoyed the solid performances made by the cast.

The production itself was nearly flawless in its execution. The set design was vivid and fascinating in its composition. Transitions between scenes were engaging and pushed the narrative. Weber accomplished the same goal as the host of music created for this production. The music occasionally blew out any chance to hear what is being said/sung in a couple of places. However, understandable, it is a ROCK musical! School of Rock the Musical is a successful, interactive telling of the quest for freedom and “Sticking it to The Man!” A few instances of vulgar language as punchlines exist.

Kudos to the costume design team, especially with the progression of Rosalie’s wardrobe as she makes her way out of her self-inflicted shell. Last, but certainly, not least is the light design. As the fourth wall fell, the audience forgot they were viewing a theatrical performance and proceeded to rock out thanks to the realistic stage and house lighting concepts. The actors’ show became a community sing along. Overall, I loved this rendition of School of Rock the Musical. The show is inspiring, funny, and even the men folk will want to see this musical marvel. Dallas Summer Musicals will showcase School of Rock the Musical August 15th-28th at the Music Hall at Fair Park. 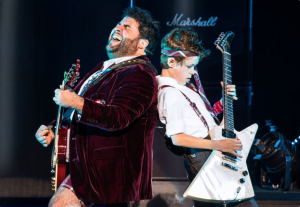