The Ultimate Guide to SummerSlam 2018 – Finn Balor vs Baron Corbin! 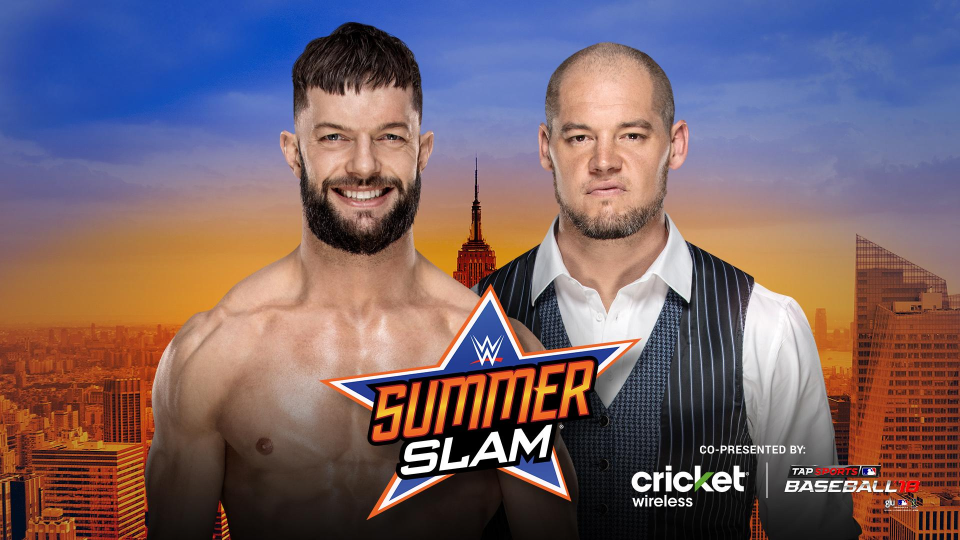 The big summer blockbuster is almost here. I’m not talking about the Merc with a mouth sequel either. I’m talking about WWE’s 31st annual SummerSlam PPV of entertainment and pro-wrestling, which is set to take place on August 19th at the Barclays Center in Brooklyn New York and can be watched live in HD on the WWE Network for $9.99 a month or for free if you’re a new subscriber. Over the next few days, our writer Angi and I will be conjuring up some entertaining pieces about each match at SummerSlam 2018. We’ll cover each WWE Superstar, the background of the match, the odds of winning, and what to look out for in each match.

This blistering feud comes to a culmination at Summerslam in what promises to be a clash of titans. This battle is portrayed as a David vs Goliath encounter, as the much larger, Constable Baron Corbin, goes into a rematch of Extreme Rules with the smaller Finn Balor. With each having a victory over the other, this is the match that will decide if size really does matter! 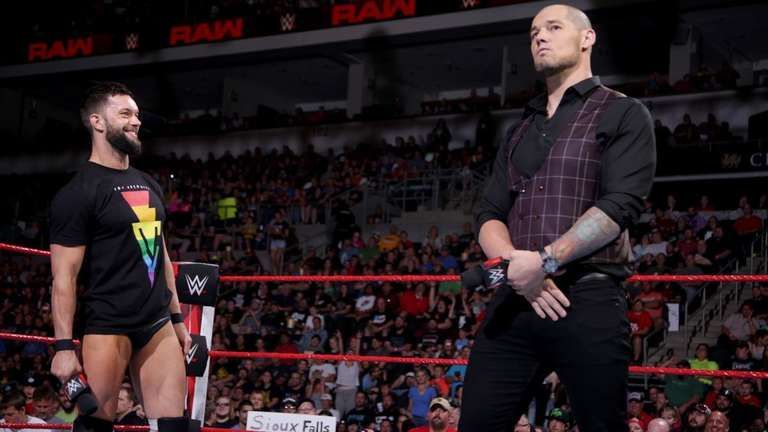 Agile, quick, energetic and athletic. Finn Balor is a competitor without equal. However, as the Constable of Raw appointed by Stephanie McMahon often points out, he is small when compared to other men on the main roster. At 5’ 11” and weighing 190lbs, the leader of the Balor Club is technically a cruiserweight competing with heavyweights. Don’t let these stats fool you though. Finn is more than capable of doing battle against larger foes. He has victories over Roman Reigns, Seth Rollins, Bray Wyatt to name a few. That list also includes his opponent in Brooklyn, Baron Corbin.

In his early career, Baron Corbin, made it clear he was in WWE to destroy people. Often times he’d have opponents pinned in less than 10 seconds of the bell ringing. His size and power have been of great benefit, a benefit he has taken to his full advantage. Standing at 6’ 8” and weighing in at 285lb, he towers over the leader of the Balor Club. He aims to prove that size is king in the squared circle and little guys need not apply. 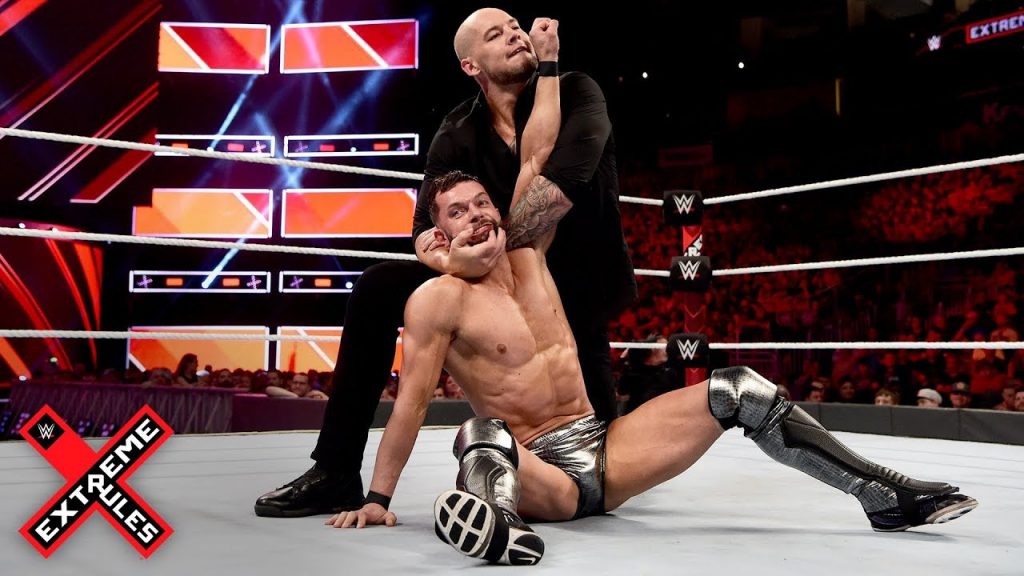 Constable Baron Corbin and Finn Balor have been a thorn in one another’s side from the beginning of the Summer. Baron believes that Finn has no place in the ring of kings, and Balor aims to prove him wrong and shut his mouth with a coup de grace. It’s a classic big guy vs small guy fight. As stated before, each has a win over the other, this third and final bout will determine which way of thinking is right. Do big guys rule? Or do the small guys deserve to fight? 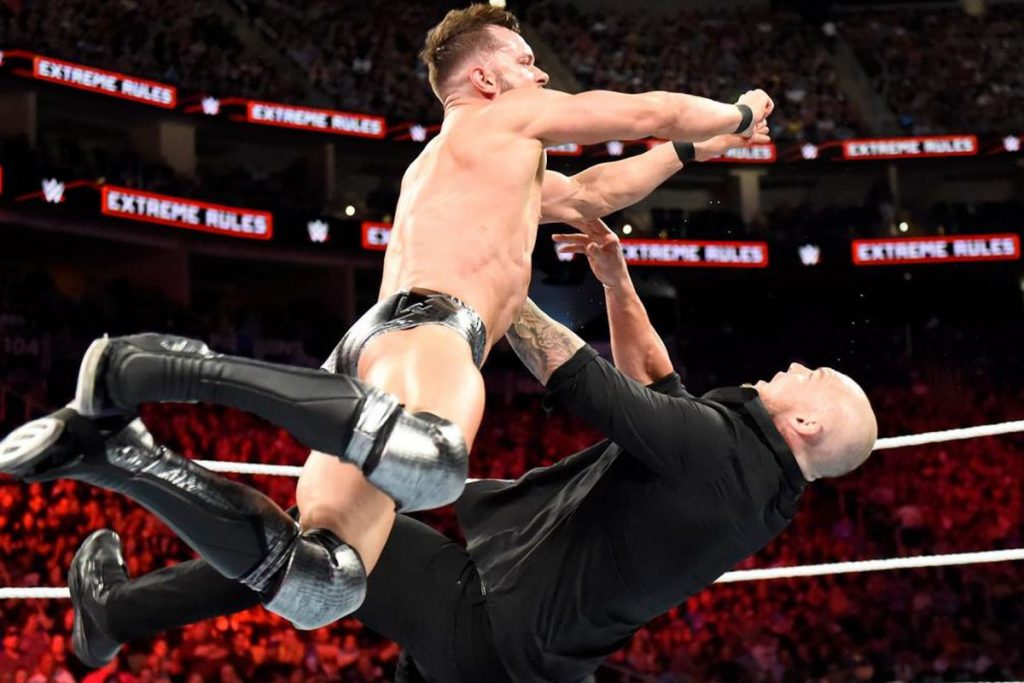 It’s always exciting to see how power and strength measure against speed and agility. Arguments can be made for both styles being the superior style. It is an argument as old as time itself. It will be interesting and exciting for me to see what tricks Balor has when going on the offense all the while, attempting to stay out of Corbin’s clutches.

This will be a brawl. Simple as that. Corbin is going to look to finish this one fast to prove that power trumps all else. Finn will most likely be playing to the defense trying to avoid and withstand the opening onslaught the constable is sure to bring. It will be a give and take filled with Balor flipping, striking quick and using his speed to his advantage. But don’t think that Corbin will be left running after the gnat-like Finn. Baron has a speed included into his power, while not a nimble as Finn, he is deceptively fast.

This match will be violent, it will be hard hitting. It will be fun to watch for what it is. Big Guy vs Little Guy. 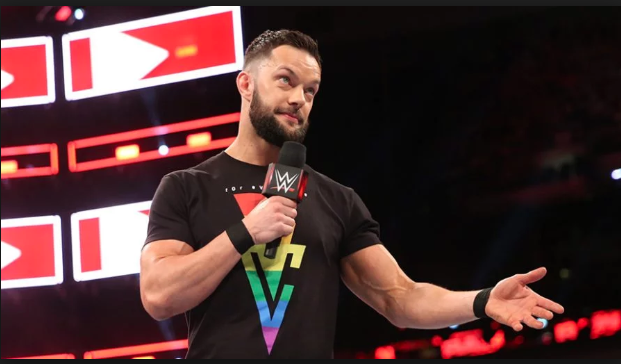 Little Guy. it will ultimately come down to who makes the first mistake. Baron has a history of letting his frustrations at an opponent’s resilience throw him off kilter and unfocus him during a fight. Balor is a ring veteran that rarely loses his cool or focus during a fight. Giving the nod to Finn Balor for the win.