The Ultimate Guide to SummerSlam 2018 – Alexa Bliss vs Ronda Rousey! 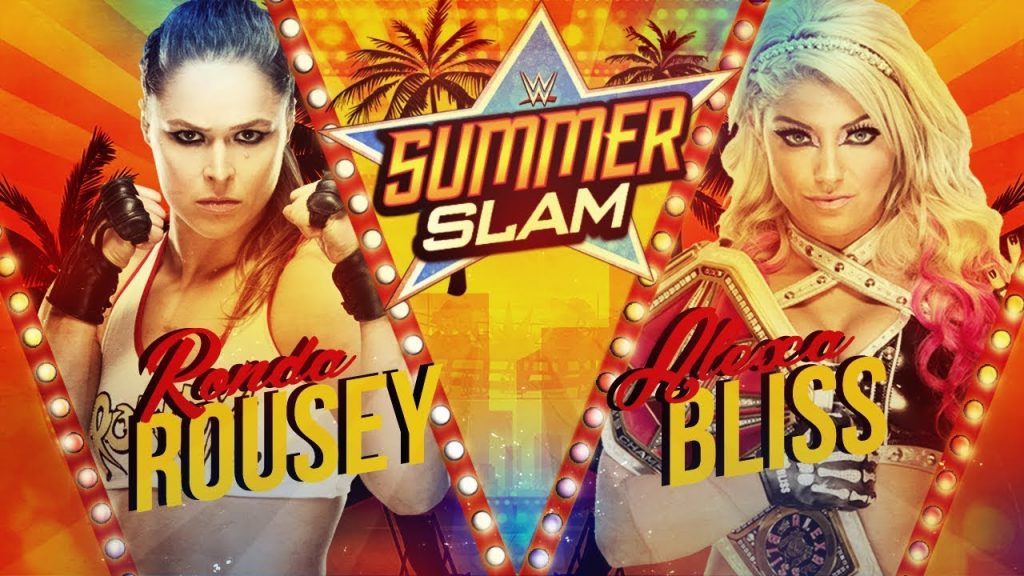 The big summer blockbuster is almost here. I’m not talking about the destruction of Vibranium either. I’m talking about WWE’s 31st annual SummerSlam PPV of entertainment and pro-wrestling, which is set to take place on August 19th at the Barclays Center in Brooklyn New York and can be watched live in HD on the WWE Network for $9.99 a month or for free if you’re a new subscriber. Over the next few days, our writer Angi and I will be conjuring up some entertaining pieces about each match at SummerSlam 2018. We’ll cover each WWE Superstar, the background of the match, the odds of winning, and what to look out for in each match.

This one has been brewing for months and is set to explode in Brooklyn! The Baddest Woman on the Planet, at long last, will have Alexa Bliss to herself. In this hotly anticipated bout,  Rousey will get a chance to not only to gain retribution on Alexa for her Money in the Bank Cash in but to also gain the Raw Women’s title that slipped through her fingers. Can the more experienced Goddess of the women’s division only survive and retain her coveted Raw Women’s Championship? 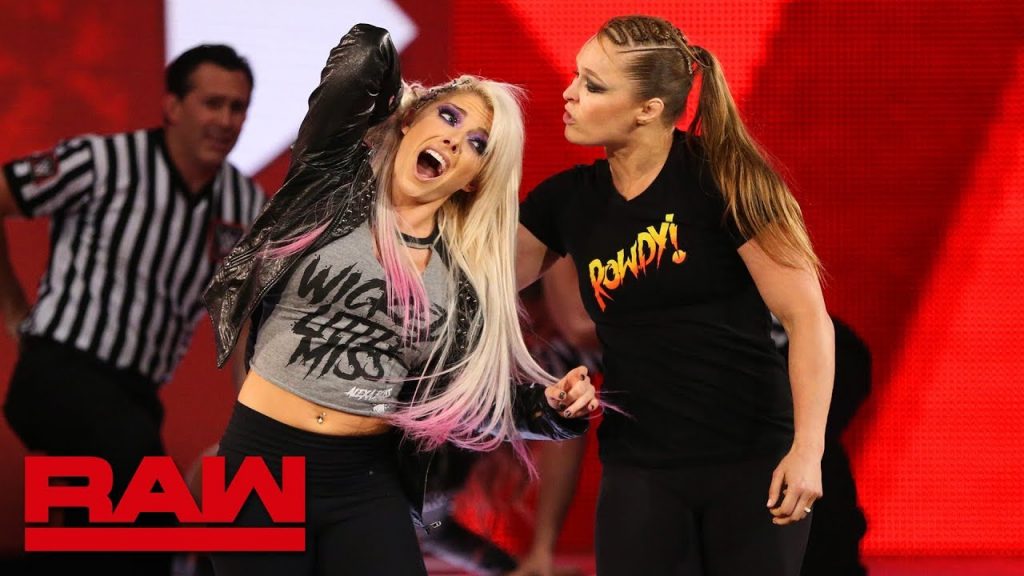 She is the self-proclaimed Goddess of WWE, The first woman to have held both the Smackdown and Raw Women’s titles and the 2018 Women’s Money in the Bank ladder match. It was her cash in of the briefcase that got her into this mess.

Alexa has it all, the ability to throw down in the ring and throw verbal barbs at you while she does it. She is five feet of fury when she decides to go. In order for her to be able to persevere, she is going to have to use every devious trick she knows in order beat the, as she puts it, overhyped rookie.

WWE looks good on Ronda. Originally from the UFC world, from the moment she debuted, the landscape of the Raw Women’s division transformed. At Money in the Bank, she was within seconds of winning the championship in her rookie year. With the brutal blows of a briefcase,  Bliss forever ripped that moment from Ronda’s fingertips, and now she is out to make Alexa pay and to take the Championship away from the Goddess. 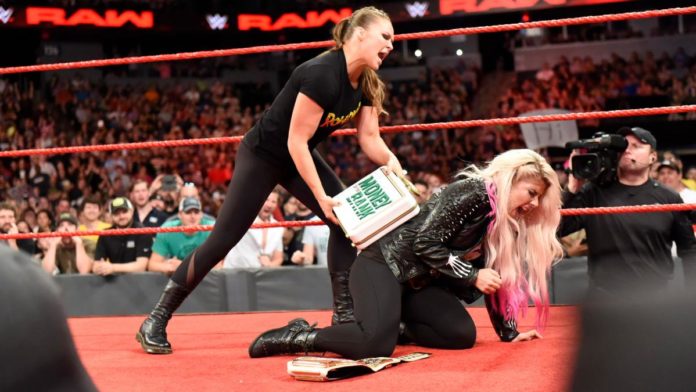 Some could argue this rivalry began at the Royal Rumble when Ronda made her presence felt after the conclusion of the 1st Women’s Royal Rumble. It was at this moment at Ronda stared down each brands’ respective Champions. Alexa Bliss held the gold at the time. It wasn’t until Money in the Bank where it finally erupted into the firestorm it has become.  Earlier in the evening, Alexa won the Money in the Bank briefcase. In this briefcase is a contract that the holder can cash in at any time for a Championship opportunity. Rousey was set to face Champion Nia Jax later in the evening.

During the closing moments of Ronda’s match, where it appeared she was mere seconds from winning her first gold in WWE, Alexa Bliss struck! She devastated both Jax and Rousey with blows from the briefcase, cashed in her contract, and walked away with the title. The night after, the Rowdy one lived up to her name and earned herself a 30-day suspension after she destroyed everyone in her anger, including Raw General Manager, Kurt Angle.  As she left the building she vowed that when she returned, it would be to make Alexa pay for what she had done. 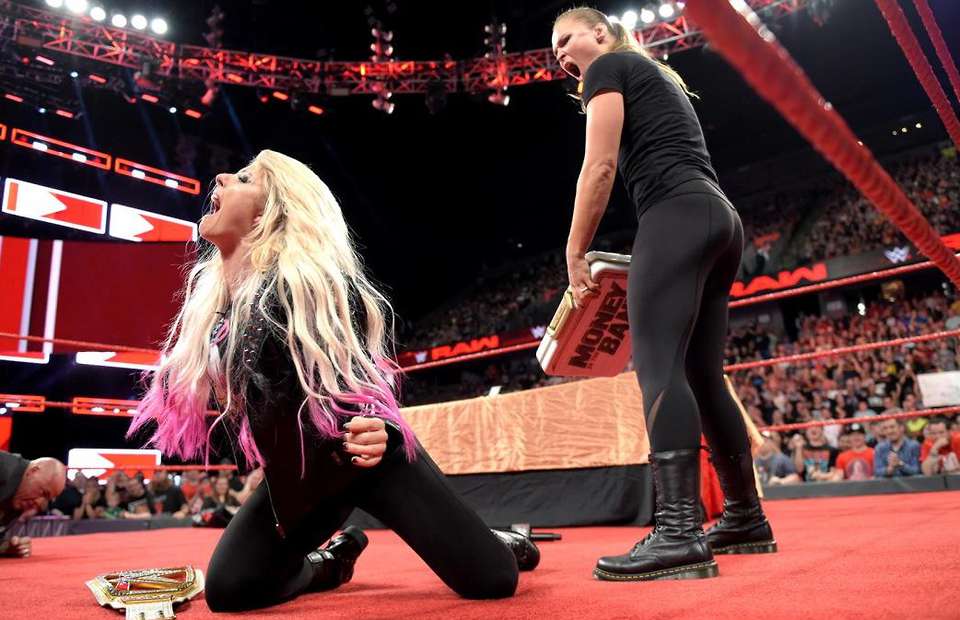 Not even gonna try to pretend that Ronda in the ring doesn’t excite me. Who would have thought that she was going to be able to adapt as she has? Her strikes are lightning quick, she has adapted her Olympic level experience in Judo into her in-ring work. She gives an authentic badassery that the WWE Universe has been craving in its women’s division.

I am also excited to see how the cunning Goddess approaches her challenger. Alexa has the uncanny ability to survive even the most dangerous threats to her reign. She is going to have to think outside the box if she hopes to walk out the champion. 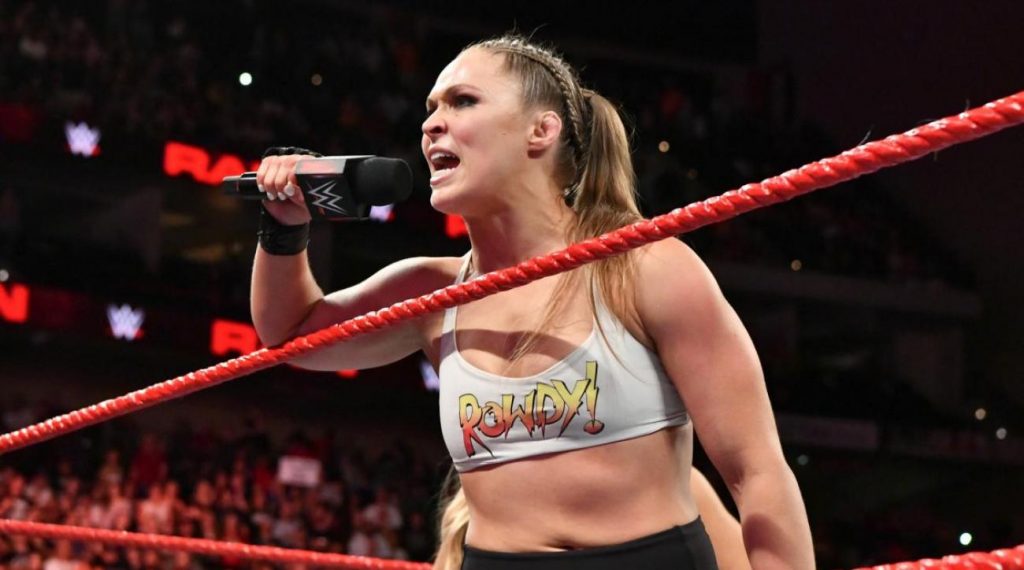 This match will not be the squash most assume it will be. Yes, Ronda is a badass, but she is still an inexperienced rookie to the WWE. Alexa, while still relatively new to the ring with just under 4 years,  is the more experienced and has been wrestling at this stage for a good portion of it.

Alexa is crafty, cunning, and will use any means necessary to retain her gold. But will it be enough against the Baddest Woman on the Planet? Hard call. It could go either way. Given her combat sports experience, Ronda should be able to dispatch Bliss easily, however, our Raw Women’s champion is wily, calculating and not above using champion’s advantage to her benefit.

All that being said, I’m gonna go with my heart and give the nod to Ronda. After the initial feeling out period, a little back and forth, Ronda will ULTIMATELY walk out as our new Raw Women’s Champion proving that she is indeed worth the hype.