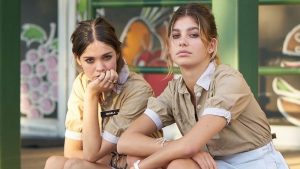 A friend is there through thick and thin. Right there, to draw a penis on your face while you are fast asleep. That is the opening scene of the hilarious adventures of Angela (Maia Mitchell) and Jessie (Camila Morrone) two young waitresses trying to make a way. Never Goin’ Back is based on the true story of its creator and director, Augustine Frizzell. I had the privilege of interviewing Frizzell (more on that awesome experience later), but first here are some reasons to watch this arduous girl power film. Angela and Jessie are high school dropouts that share a house with Jessie’s special in the head brother, Dustin (Joel Allen). On the eve of Jessie’s 17th birthday, Angela comes up with the perfect gift for her dearest friend. The gift sets into motion a trail of calamitous events, drugs, innuendos, and literally a holy crap moment.

Mitchell was great as Angela, the kind of friend that everyone should have and yet keep an eye on. She has been lighting up the small screen for years. Also, relatively new to the big screen is Morrone who did justice to the sweet, naïve Jessie. My guess is there will be more to come from both Mitchell and Morrone in the coming years. Allen was very convincing as a witless wannabe gangster. The transformation into Dustin is a complete 180° from Allen’s actual look, well-done costume, and makeup department.

Dustin was definitely set to through multiple monkey wrenches into Angela and Jessie’s plans.  Perhaps the most seasoned actor to fill this household and portray the 4th roommate, Brandon, is Kyle Mooney. Comic relief, anyone? Mooney is awkward, socially challenged, and creepy yet the most stable of all them all. With accolades like Saturday Night Live, Arrested Development, and others under his belt, Mooney knew just what to bring to the table. 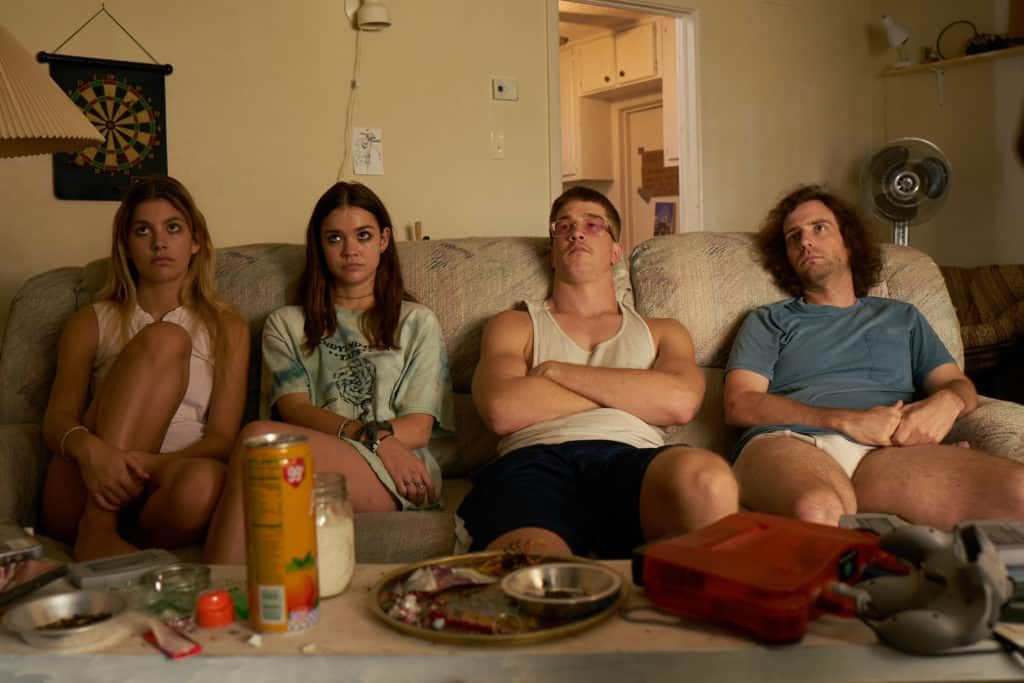 Never Goin’ Back is a “real” comedy. The performances, set design, and cinematography made the film relatable and so like ordinary life that you’d swear you know people just like its characters. The “high as a kite” sequence was truly inspired realism. Musical soundtrack and score drive the narrative and plot structure well, especially in the grocery store entrance scene. As a Dallasite, I can relate the feeling of bliss when you leave Texas heat for the sanctuary of air conditioning. Ha! The sound mixing was a little jarring in a few places, but pretty much works.

A few holes exist in the story, but not enough to derail the enjoyment. The ending was abrupt and could have used a little bit more.  Overall, I enjoyed Never Goin’ Back with its slapstick hilarity and crazy day in the life of two stoners. Deep within the film’s raunchy and stoned out of its mind antics are messages of friendship, loyalty, and the youthful exploration of alternative choices. 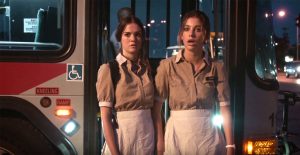