Dan Moran’s Review of ‘Ant-Man and the Wasp’! 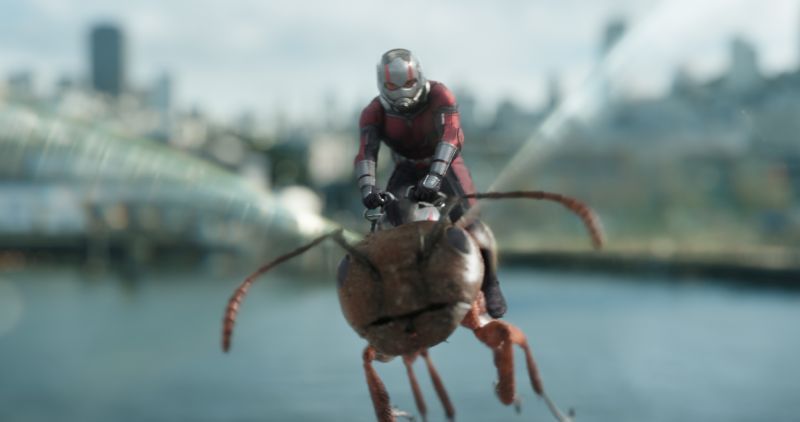 Ant-Man & The Wasp is perfectly fine. Its ok. It is certainly a two hour movie in which things happen. I was entertained by things that happened in this movie, that I definitely saw, but I don’t think matter at all. I love Paul Rudd. Evangeline Lily as Wasp is delightful. Michael Pena steals every single scene he is in again. Michael Douglas certainly enjoys his paycheck. Walton Goggins is wasted, but my face lit up every time he spoke. This is without a doubt the best cast of all the solo Marvel films. The problem with the movie is that it was released at the worst possible time to get anyone to care about it.

Ant-Man & The Wasp picks up at some point after Captain America: Civil War where Scott Lang (Rudd) has been put on house arrest after a guilty plea for violating the Sokovia Accords. Hope (Lily) & Hank Pym (Douglas) are on the run from the law but still manage to stay within 30 square miles of San Francisco as they acquire parts from Sonny Burch (Goggins) to build a Quantum tunnel in the hopes of rescuing their mother/wife lost in the Quantum realm in the 1980s. Meanwhile Luis (Pena) and his crew now run a home security company. Scott gets roped into the rescue Janet (Michelle Pfeiffer) mission and soon there is a mysterious “Ghost” who attacks Ant-Man & The Wasp and tries to steal their Quantum tunnel tech.

Ant-Man & The Wasp doesn’t have a villain. It wants you to think it has villains but the villains make absolutely no sense. Their goals are never fully explained or dealt with. Their schemes seem counterintuitive to their alleged goals anyway. Sonny Burch wants the Quantum Realm tech so he can harvest energy. He says this in a throwaway conversation with Hope and it is never addressed again. We never learn why Quantum power is important, interesting, or worth any villainy. Ghost is menacing in her introduction but once you get through Act 2’s twist and reveal there is absolutely no reason for her to be a villain anymore. If someone can sit me down and explain why she was in the movie *other* than Marvel may want her for a future film, I’m all ears. So after Spider-Man Homecoming, Thor: Ragnarok, Black Panther, and Avengers: Infinity War we get this very weak entry in the MCU. 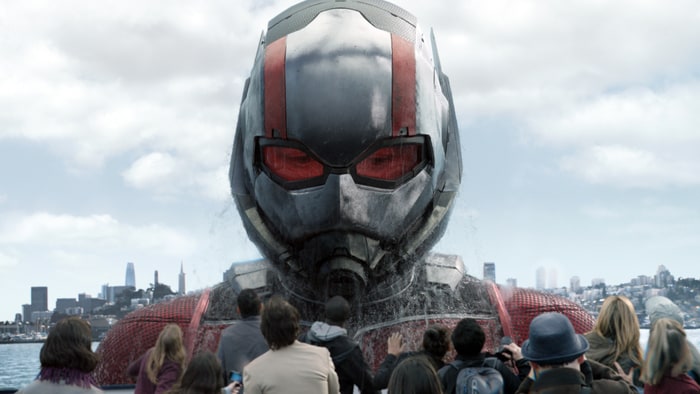 I don’t want to sound like I hated the movie because I think there was some good in it. As I mentioned earlier the cast is fantastic and the stakes are low. Marvel needs to be able to have these smaller, contained movies with lower stakes be successful. The problem is that this was a family rescue mission movie that already had a villain. The villain is the dangerous Quantum Realm and they even introduce a clock at one point. They had a dangerous area we don’t know much about in the MCU and a ticking clock. The Ghost and Sonny Burch lame villain aspects weren’t necessary at all. Let it be a light rescue caper with Scott Lang & Co. I assume that the Quantum Realm will be important in the next Avengers film. Want to know what we learn about it in Ant-Man & The Wasp? Nothing! Not one new piece of information relating to realities or time travel is given any weight. At one point Scott says, “Do you guys just put Quantum in front of everything to sound important?” This was a very funny line but rather than teach Scott (and us) why the Quantum Realm is important everyone just rolls their eyes at him. But this sort of self-awareness in Scott’s character is never used when he learns what the Ghost wants and should realize maybe they could work together? Its just a wasted opportunity.

All of these complaints that I have might not exist if this movie had come out in March before Avengers: Infinity War. As I said a moment ago, Marvel needs smaller stakes movies. However, you can’t have a smaller stakes film be released 8 weeks after Marvel’s largest film event ever had actual stakes and ends on a very big “Holy shit!” moment. If you have that big and important of a movie come out then the next film released HAS to in some way be applicable to what just happened. Ant-Man & The Wasp never addresses any Infinity War events until the credits. Fine. Make it a stand alone but releasing it after Infinity War it should give the audience some knowledge or information that will be useful for the next film due out in 9 months. It gave us nothing. I know that I am the king of wanting films to stand on their own and not have to connect to a larger story ALL THE TIME but this time? You kind of have to connect it a little bit. 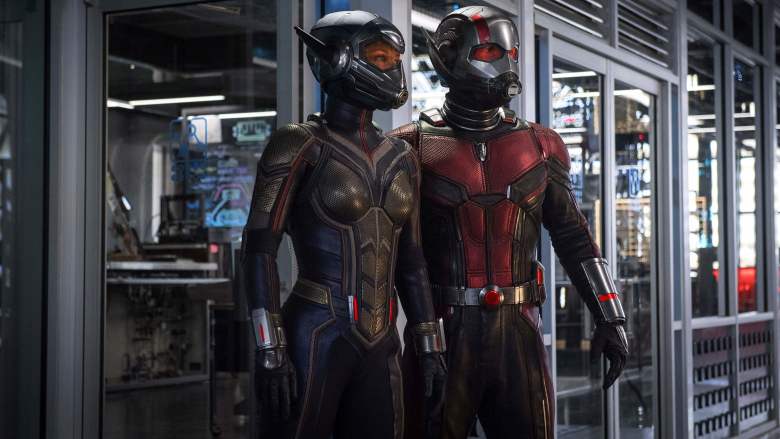 Complaints aside, I did enjoy the movie while I was watching it. It is a very funny. It also showcases Marvel’s de-aging technology in such an astonishing opening scene that makes Michael Douglas and Michelle Pfeiffer look 25 years younger. The shrinking and growing visual effects have improved drastically from the first movie and the fight scenes are very well done.

I won’t tell people to not see Ant-Man & The Wasp. I’ll just warn you that you might forget about 99% of it before you make it to your car.  Marvel haters complain that Marvel is just pumping these out and they’re all the same and this was one of the first Marvel movies I felt like nobody ever has to see and you wouldn’t be missing anything going forward in the film series. It taught us nothing about Ant-Man or The Avengers plots we don’t already know. Then again, at one point Walton Goggins and Michael Pena share an interrogation scene that had me actually laughing out loud so some things are worth your $10.